Sens. Kamala Harris, Bernie Sanders and Edward Markey released a proposal to provide a monthly payment of $2,000 for each member of a household (including up to three dependents), with benefits phased out at income levels starting at $200,000 for married couples. The monthly payments would last until three months after the Secretary of Health and Human Services declares that the health emergency has ended.

The proposal is partly a response to concerns that one-time cash payments under the CARES Act, which amount to $1,200 ($2,400 for married couples) and $500 for each child under age 17, are not sufficient to help families make ends meet or boost the economy. Unlike the CARES Act, the Harris-Sanders-Markey proposal (hereinafter the HSM proposal) provides payments for dependents regardless of age and undocumented immigrant adults who file taxes with an Individual Taxpayer Identification Number (ITIN) as well as their children. 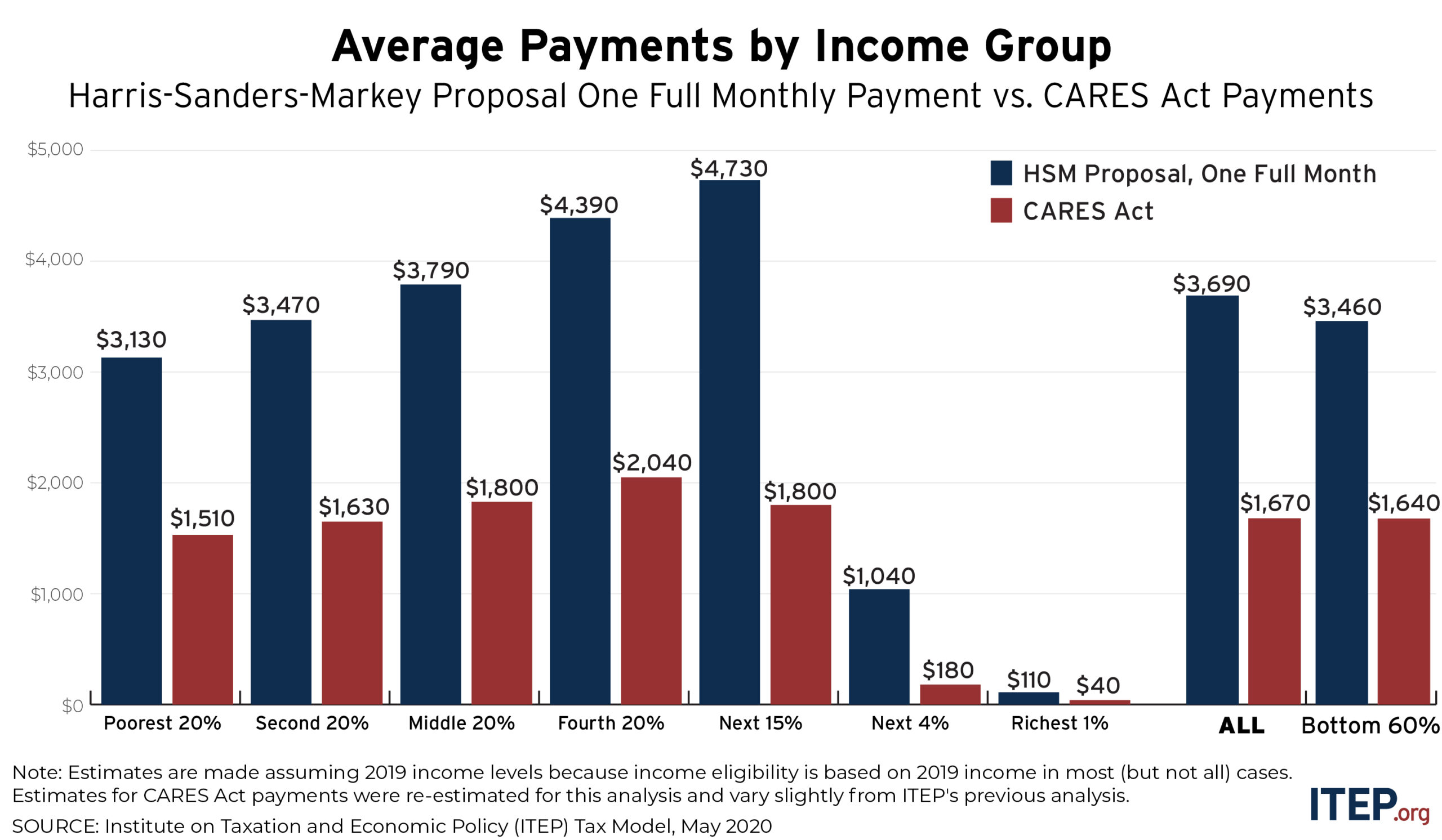 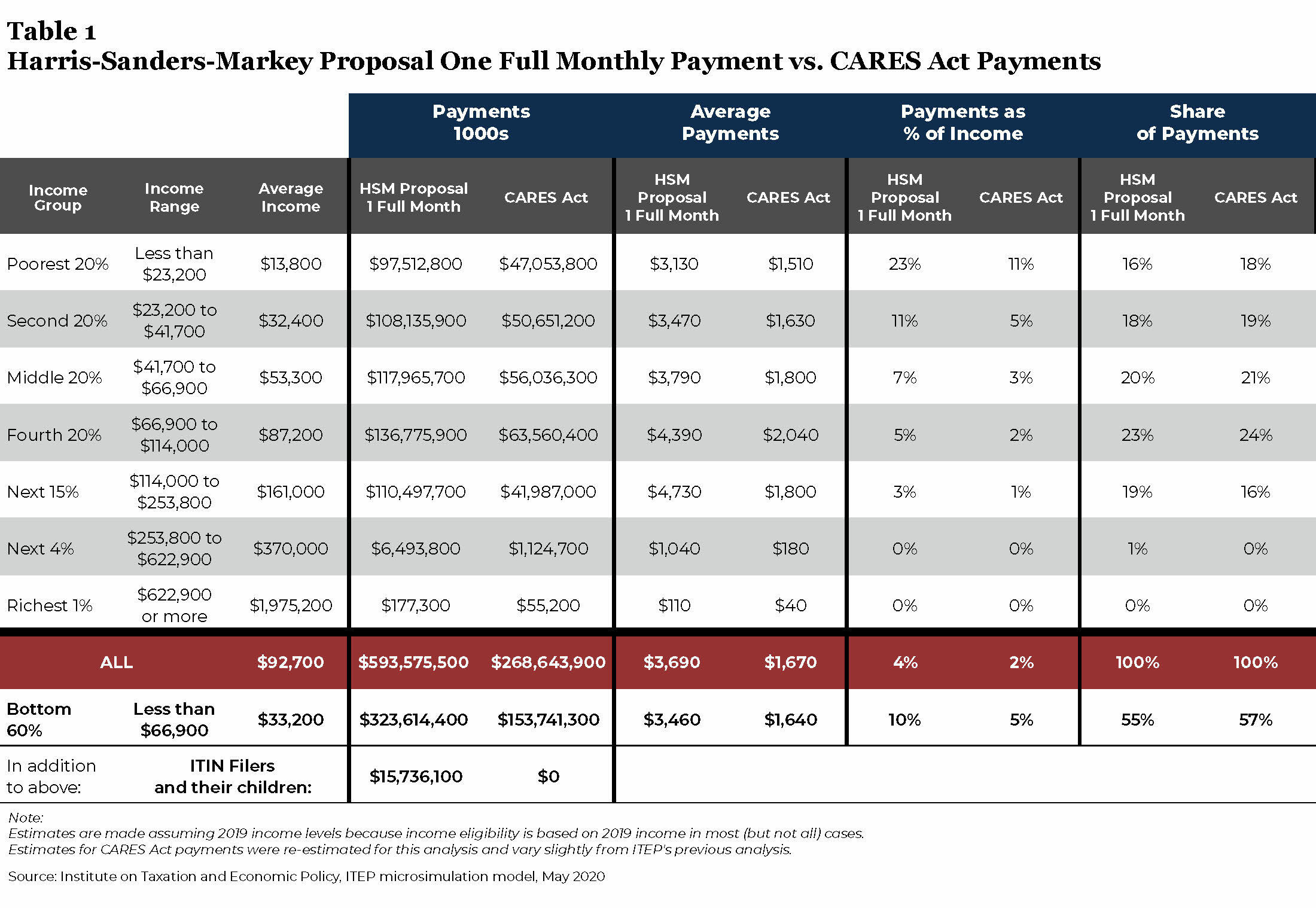 Compared to the CARES Act benefit, the payments under the HSM proposal would be larger for each recipient and would be made in equal amounts for dependents of all ages (but for no more than three dependents).

Also illustrated in Table 1, but separate from the main estimates, is $16 billion in payments that would be made to immigrants working in the United States who file taxes using an Individual Taxpayer Identification Number (ITIN). This relatively small amount (compared to the total) of payments would go to at least 7.9 million immigrant workers and their children who were excluded under the CARES Act.

The payments would also be retroactive to March. The March payment under this proposal would be calculated so that it would, when combined with the payment a household already receives under the CARES Act, equal $2,000 per member of the household. The payment provided under the HSM proposal for March would therefore be a partial payment, while each monthly payment afterward would be a full payment.

If enacted in May, the legislation would provide payments for at least six months, March through August. That is because if the Secretary of Health and Human Services declares the health emergency over sometime in May, the payments would continue for another three months under the legislation. 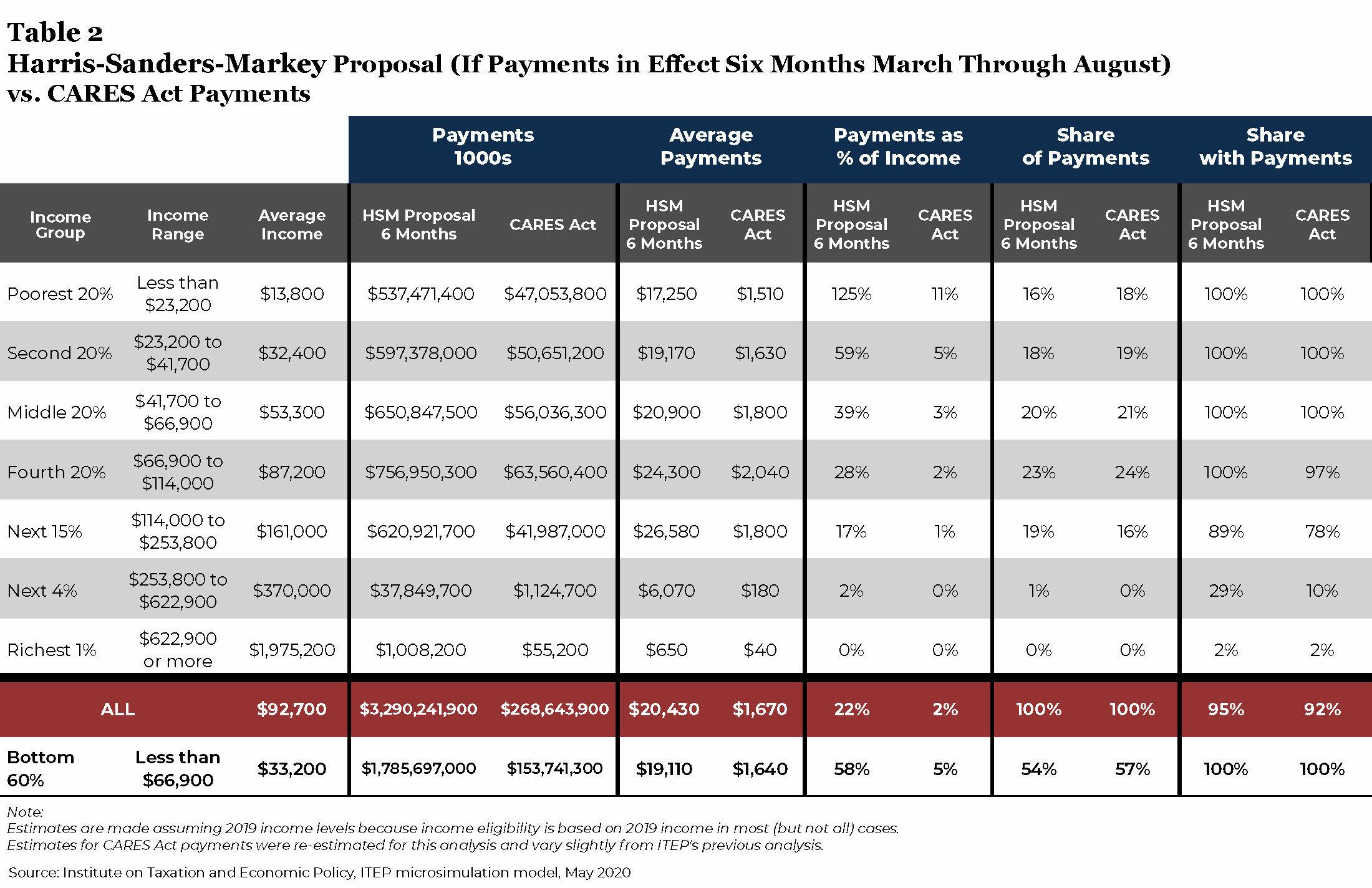 The bill has no limit on the number of monthly payments. In theory, the Secretary of Health and Human Services could choose not to declare the emergency over this year. Table 3 illustrates the impacts of the proposal if payments are made through the end of the year. In this scenario, the total payments made would be about $5.7 trillion.