In the tax policy framework released in September, President Trump and Congressional leadership insisted that their proposal would retain the tax incentive for donating to charity because doing so helps “accomplish important goals that strengthen civil society, as opposed to dependence on government.” Now that the House has released a more detailed proposal, it is finally possible to evaluate exactly how their plans would impact the incentive to donate to charity.

A new ITEP analysis reveals that more than 7 in 10 households (72 percent) receiving a federal tax incentive to donate to charity today would no longer see such an incentive under the tax plan being debated in the House. The result would be a drop in the number of charitable deduction claimants from 39.9 million to just 11.2 million households in 2018. In other words, roughly 28.7 million households would lose the ability to deduct their charitable donations on their federal tax returns. While more than a quarter (26 percent) of households receive a federal tax deduction in return for their donations today, that figure would fall to just 7 percent under the House tax plan (see Figure 1). 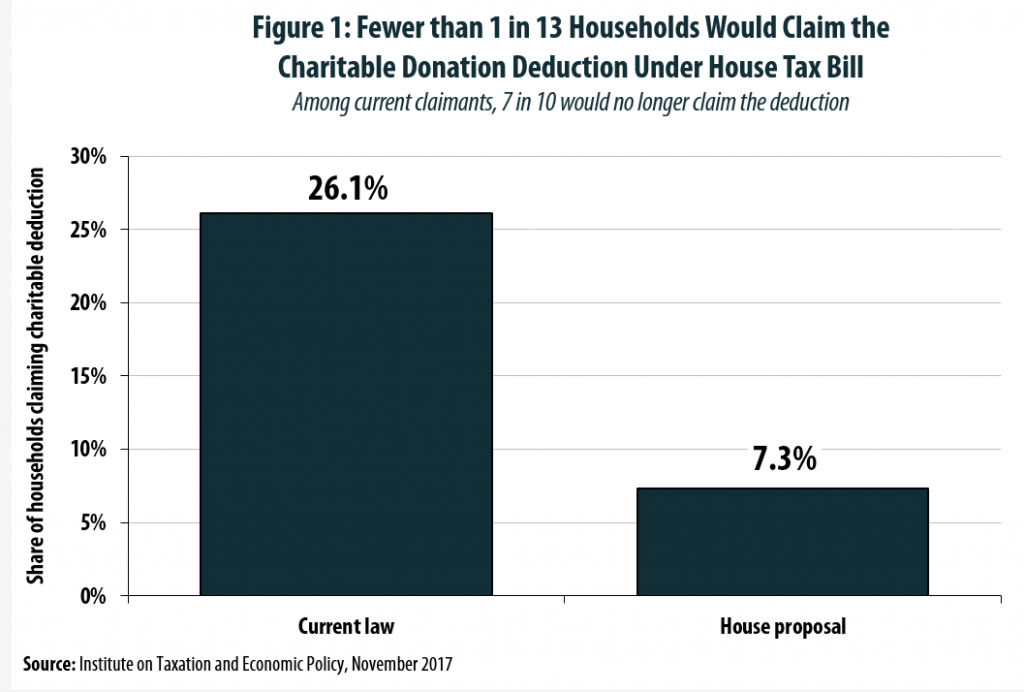 As seen in Figure 2, the largest percentage drop in the number of households receiving charitable deductions would occur in the middle of the income distribution, where more than four in five households who currently write-off their charitable gifts on their federal tax forms would suddenly lose the ability to do so. Among the richest 1 percent of Americans, by contrast, just 13 percent of current charitable deduction claimants would no longer receive the deduction under the House plan. 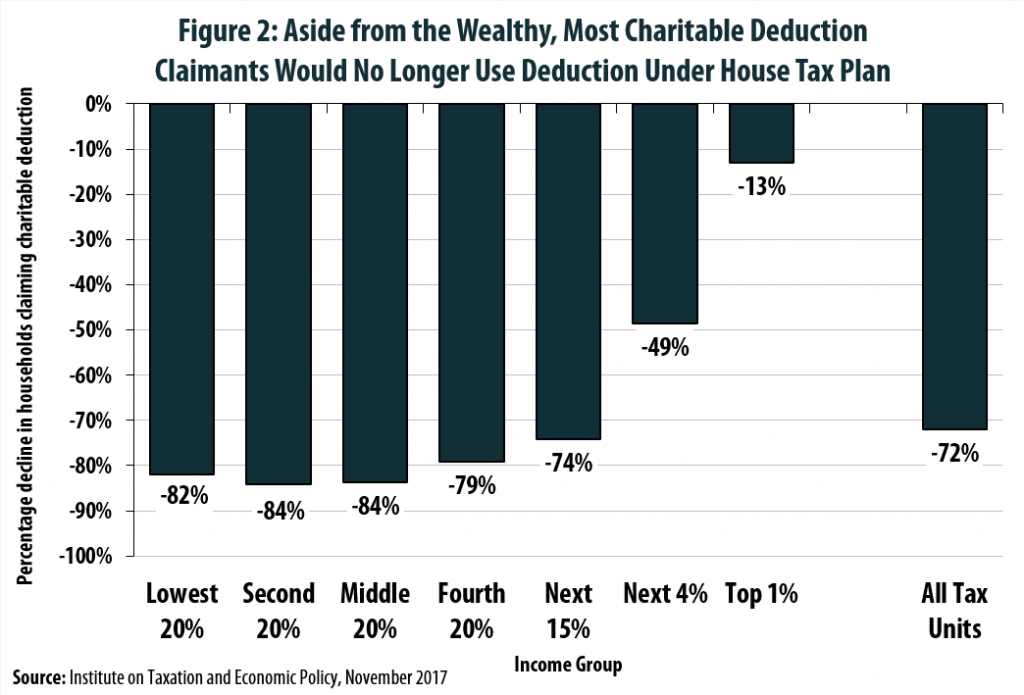 Given the current charitable deduction’s high price tag (roughly $60 billion annually), inaccessibility to many donors (such as renters who tend not to itemize), and tendency to subsidize donations that would have occurred even in its absence, there are good reasons to consider reforming the deduction.

But rather than proposing a principled, targeted plan to improve the deduction, House leaders have chosen to pretend that they are leaving the deduction intact, when they actually would eliminate it in practice for most middle-income donors. In 2018 for instance, married couples would need to spend more than $24,400 per year on mortgage interest payments, property taxes, and charitable giving before receiving even a single dollar in tax benefits as a result of donating to charity (only the first $10,000 in property tax payments would count in this calculation). This high bar is clearly out of reach for the vast majority of American families. The analysis in Figure 3 shows that for middle-income earners, just 3 percent of households would receive any benefit at all from the charitable deduction under the House’s tax plan. 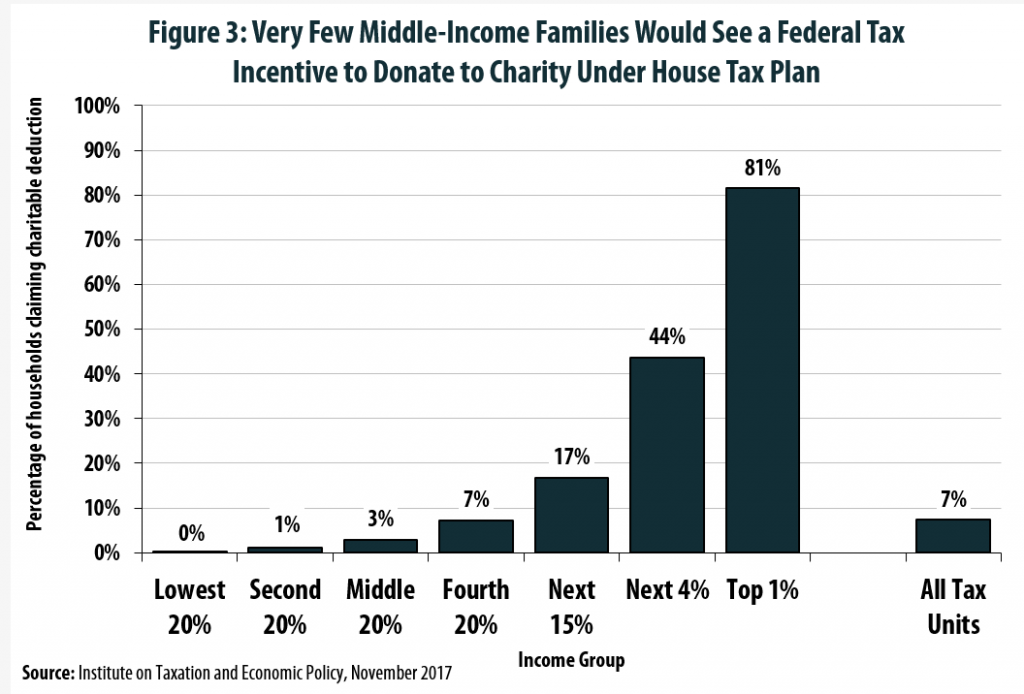 In effect, the tax restructuring proposed by House leadership offers to continue incentivizing and subsidizing the donation decisions of America’s wealthiest families, without offering a comparable incentive on donations made by families of more modest means. While the same general criticism can be made of the current charitable deduction, under which only 26 percent of households currently benefit, this problem would be made substantially worse under the House’s proposal, wherein just 7 percent of families would receive the incentive.

Before pursuing such a drastic change to the charitable deduction, it is vital that the public and its elected officials have the opportunity to discuss the implications for the non-profit sector, and society at large, of reserving charitable donation incentives for such a small fraction of donors who happen to be among the nation’s wealthier families.