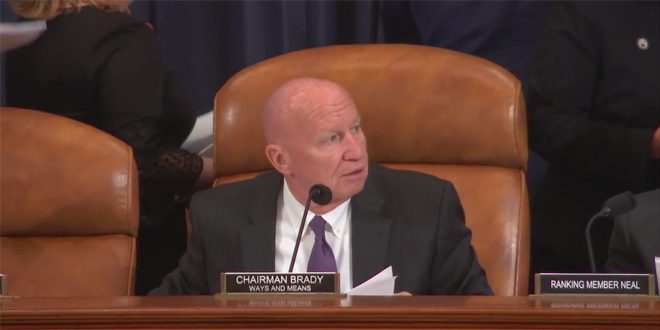 The release of the Paradise Papers has once again brought the issue of offshore tax avoidance to the forefront of public discussion. The papers expose the complex structures that companies such as Apple and Nike have pursued in recent years to pay little to nothing in taxes on their offshore earnings.

Yet even as these revelations make headlines, House Republicans are moving forward with major tax legislation, the Tax Cuts and Jobs Act, that would reward the worst tax avoiders and make it even easier for multinational companies to avoid taxes.

The central problem with our current tax system is that it allows U.S. companies to defer paying tax on offshore profits until they repatriate these earnings. This loophole encourages companies to shift their profits into offshore tax havens, where they can indefinitely hold them without ever paying a penny in U.S. taxes. Lawmakers’ failure to close this loophole causes corporations to develop even more Byzantine offshore tax dodges when lawmakers close other loopholes or address other flaws in our tax code.

Because of this egregious loophole, Fortune 500 companies have booked an accumulated $2.6 trillion in earnings offshore—much of which may have been truly earned in the United States–and in doing so, they have avoided paying an estimated $752 billion in taxes on these earnings. Under the Republican tax plan, rather than requiring corporations to pay the full 35 percent (minus foreign taxes already paid) that they owe, firms would be required to repatriate these earnings and pay a discounted tax rate of either 14 percent if the earnings are held in cash or 7 percent if they are being held in non-cash assets. The Joint Committee on Taxation (JCT) estimates that this repatriation tax break means companies would pay only $293 billion on these earnings versus the $752 billion that they owe, effectively reaping a tax break of $458 billion.

In fact, the companies that would benefit most from the repatriation tax break proposal are companies that have been exposed in the Paradise Papers and other investigations for their offshore tax avoidance. For example, Apple holds $252.3 billion in earnings offshore on which it owes $78.6 billion in taxes. Even assuming conservatively that Apple pays the higher 14 percent rate on all its earnings, the company would pay $47.1 billion less in taxes from the proposal. Similarly, Nike would get an additional tax break of $2.5 billion through this repatriation tax break.

When it comes to future corporate profits, the Republican tax plan would make the nation’s loophole-ridden offshore tax system even worse. Rather than limiting the ability of companies to avoid taxes on offshore income, the tax plan essentially gives up by no longer requiring that offshore earnings be taxed. This approach, known as a territorial tax system, is the equivalent of attempting to clamp down on shoplifting by legalizing it. According to the JCT, moving to a territorial tax system as the Republicans propose would lose $205.1 billion in revenue over the next decade.

The shift to a territorial tax system would also create a significant tax incentive for companies to move jobs and operations offshore. The reason for this is that U.S. companies would owe a tax rate of 20 percent on their domestic operations but could avoid all taxes on normal profits from their offshore operations.

The Republican plan does include some limited provisions that could, in theory, stem some of the new leakage from a territorial tax system. It includes a tax of 10 percent on excess offshore profits of U.S. companies, which is defined as offshore profits that exceed the income over a routine return of 7 percent plus the federal short-term interest rate. In addition, the plan includes a provision that would crack down on earnings stripping.

The most significant anti-base erosion measure in the bill is a 20 percent excise tax on certain intercompany payments that can only be avoided if companies book related income as effectively connected income, meaning that it is taxed as part of their U.S. profits. The strength of this provision has varied significantly during the legislative process, with an amendment gutting its impact by 95 percent and then a second amendment restoring about half of its impact. In its final form, the provision would raise $96.4 billion, less than half the amount lose from moving to a territorial tax system.

The revelations in the Paradise Papers should make clear to the media, lawmakers, and public that real tax reform would mean cracking down on offshore tax avoidance. Unfortunately, the tax plan being debated in the House would make these problems even worse.