How Much Will Typical Middle-Class Workers Really See Their Paychecks Change? 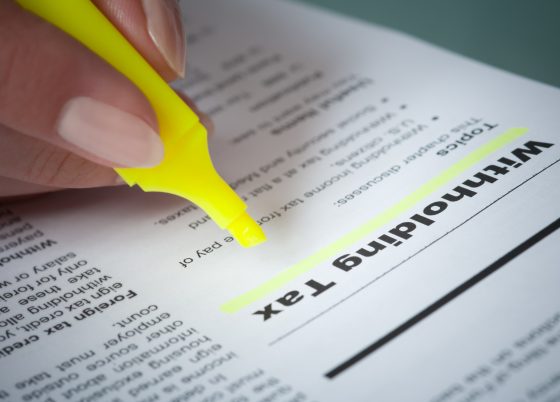 The campaign by Republican leaders in Congress to promote their new tax law has two prongs. One is the claim that corporate income tax cuts are already trickling down to workers, which, as we have explained, is believed by basically no economists anywhere. The other prong of their campaign is to argue that the personal income tax cuts will provide a noticeable decline in withholding from paychecks that middle-class people will notice soon.

Reporting on this point has been based on anecdotes rather than data. One recent article cited a working person who said she’d see an additional 1.50 in each paycheck and another who claimed he would see an additional $200 in his paycheck.

At this point, it’s helpful to look at some actual data and see how small the boost in take-home pay will really be for most Americans.

ITEP’s report on the final version of the Trump-GOP tax bill estimates the average tax breaks for taxpayers in each income group. For now, let’s focus on the middle fifth of the income distribution — the literal middle-class. Income for these taxpayers ranges from about $42,000 to $67,000.

Our report estimates that the average tax break for the middle 20 percent of taxpayers will be $800 next year. But that includes the effects of several different provisions that do not change the withholding on your paycheck.

If we focus only on the changes that we refer to as provisions for families and individuals (which include the personal income tax changes for working people who don’t own a business) the average benefit next year will be $650 for the middle fifth of taxpayers.

If we assume the typical worker has 26 paychecks in a year, that would mean that a working person among the middle 20 percent could see an extra $25 per paycheck. Of course, no one is going to turn down an extra $25 in their paycheck.

But let’s look at what will happen for the richest one percent of taxpayers. Interestingly, what we call the provisions for families and individuals will result in a tax increase for this group, mainly because of the new cap on deductions for state and local taxes. But, of course, the other types of provisions in the bill (the estate tax cuts, the changes for pass-through businesses and the breaks for corporations) all provide huge tax cuts for this group. Whereas the total average tax break for the middle 20 percent will be $800 next year, the total average tax break for the richest one percent will be $55,190. Whereas the middle fifth of taxpayers will get just 8 percent of the tax cuts next year, the richest one percent will receive more than a quarter of the tax cuts.

Proponents of the new tax law are telling the middle-class to be happy with the $25 increase in their paychecks and to not think too hard about anything else. Somehow, we don’t think that’s going to work.