How State Tax Systems Worsen the Economic Divide – in Charts

Late last year, my colleagues and I published the sixth edition of our flagship report Who Pays: A Distributional Analysis of the Tax Systems in All 50 States. The in-depth, 50-state study makes a sweeping case for why state policymakers must begin thinking differently about their approach to tax policy.

Nearly every state (45 out of 50) taxes their lowest-income residents at higher rates than the top 1 percent. This is largely because many states rely more heavily on regressive sales and excise taxes than on graduated personal income taxes. Some lawmakers would like to go even farther down this road with top-heavy cuts in personal income and corporate taxes funded in part by sales and excise tax hikes that capture a larger share of income from lower-income people. This approach amounts to a failure by lawmakers to ensure that tax policies are serving the broad interests of all their constituents – not just the interests of families at the very top.

The nation is currently engaging in serious discourse about how to expand economic opportunity and remedy income inequality via the federal tax code. State tax systems also affect the growing economic divide. In a new report, Fairness Matters: A Chart Book on Who Pays State and Local Taxes, we further parse our Who Pays? data. The report reinforces our earlier findings and vividly demonstrates that the way states have chosen to structure their tax systems is worsening the economic divide.

For example, we looked at the total share of income of each income quintile before and after state and local taxes. The data show that post-tax, the rich have an even greater share of total income while most families see their relative share shrink. 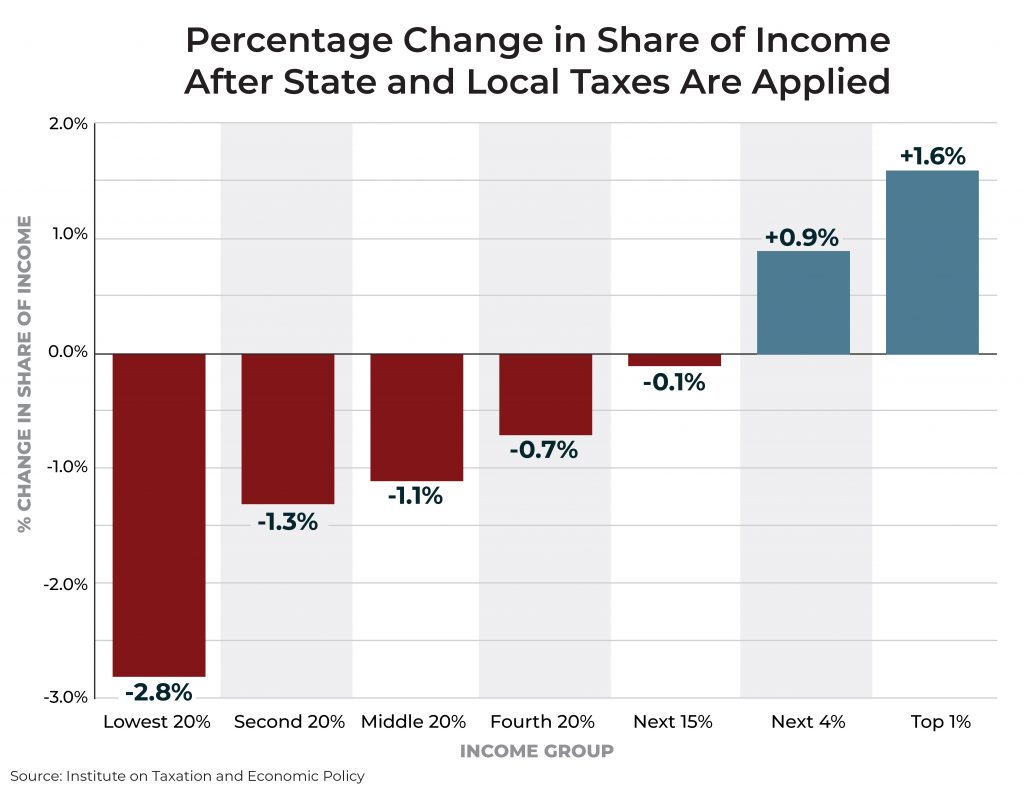 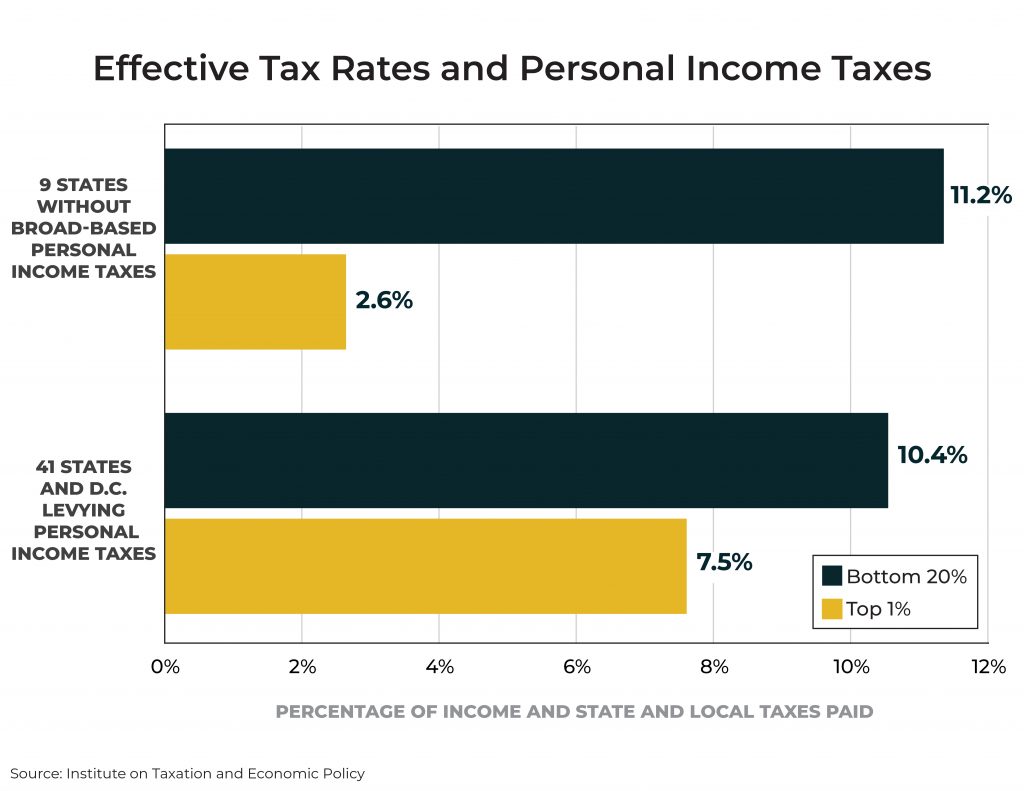 Debate over economic well-being shouldn’t focus singularly on how well states are treating their best-off residents. States whose claim to fame is being “low tax” are often only low tax for the rich. Many families face above-average tax rates in states like Texas that levy no income tax but a high sales tax. And everyone suffers when low tax rates on the wealthy result in core services such as education and infrastructure being shortchanged. 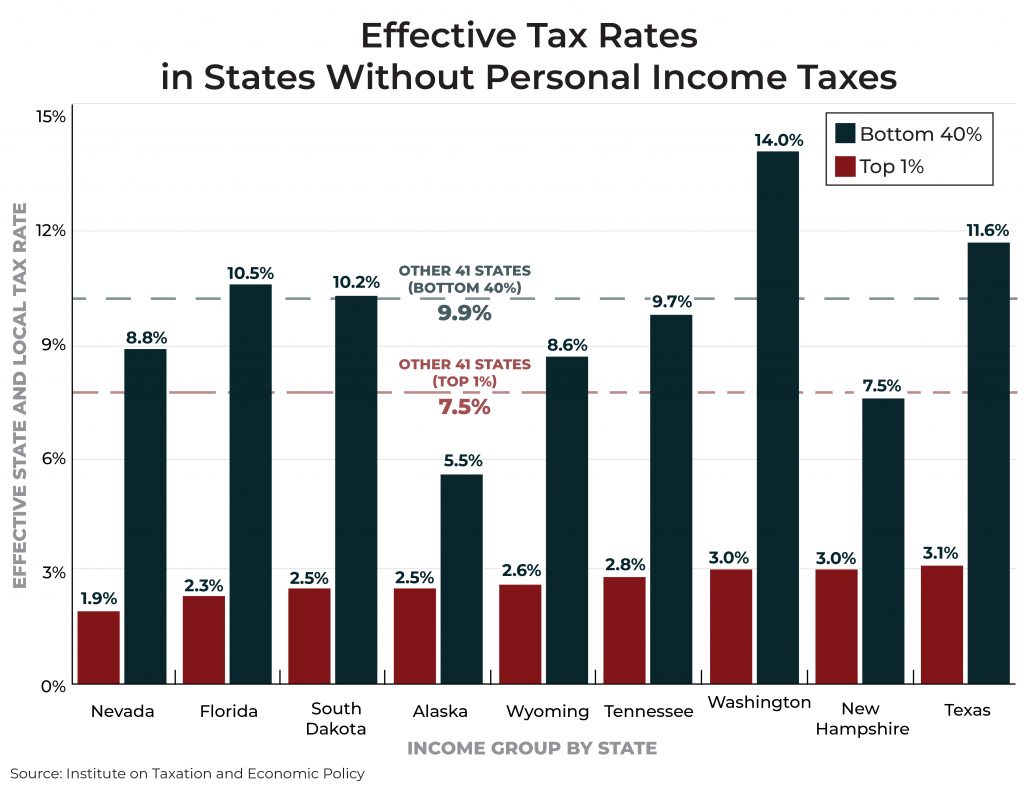 States that rely more heavily on sales and excise tax and less or not at all on graduated personal income taxes are more likely to tax their lowest-income residents at substantially higher rates than the top 1 percent, thereby contributing to the nations’ worsening levels of income inequality. 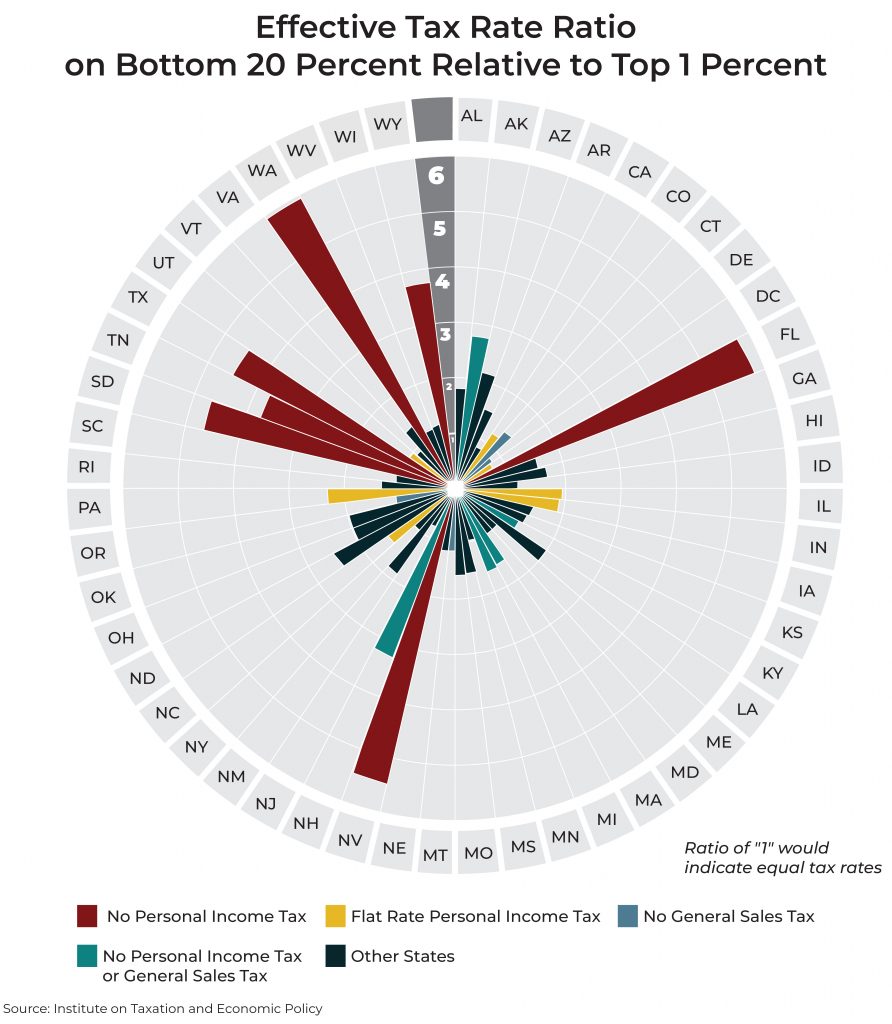