How the Minimum Wage Is Becoming a Tax Issue for Congress 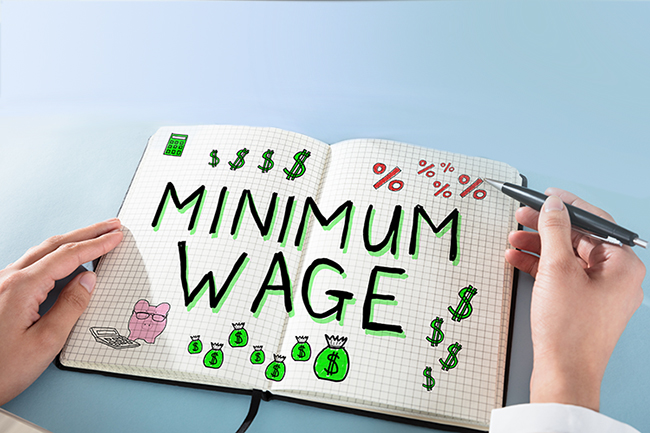 The federal minimum wage is almost comically low. At $7.25 an hour, it is 29 percent below its inflation-adjusted peak in the 1960s. The Democratic proposal to raise the minimum wage to $15 an hour would lift 900,000 Americans out of poverty, according to the Congressional Budget Office. A solid 61 percent of voters support the idea. A majority of lawmakers in both the House and Senate support at least some version of a minimum wage hike. The popular $1.9 trillion American Rescue Plan includes a measure that would raise the minimum wage over the next few years to $15. So, what is the problem? And why are lawmakers now talking about using the tax code to mandate a higher minimum wage?

The very, very short answer is that there is not a majority of Senators who want the minimum wage hike badly enough. They do not want it enough to sweep away the arcane procedural obstacles that the Senate has created, mostly by accident, over 200 years that make it difficult to pass legislation without a supermajority of support.

The slightly longer answer is that to overcome a filibuster in the Senate, Democrats hope to use the “reconciliation” process that allows passage of a bill by a simple majority in that chamber. But only provisions that increase or decrease the deficit or that change mandatory spending or revenue are allowed in reconciliation bills.

The Congressional Budget Office issued a report finding that the minimum wage would—slightly—affect the deficit. It would reduce federal spending on income supports because it would reduce poverty, but it would increase other federal spending like unemployment insurance because some low-wage jobs would be lost. And the higher wages would result in higher prices for everything, including things purchased by the federal government.

The net effect would be a $54 billion increase in the budget deficit over a decade, CBO estimates. But the Senate parliamentarian has apparently ruled that this effect on the deficit is “merely incidental,” meaning the minimum wage hike cannot be passed by the reconciliation process.

The procedural obstacles start with the filibuster. Very generally, any U.S. Senator can block legislation unless 60 of the chamber’s 100 members agree to end debate and allow a vote. The filibuster has taken different forms, but it did not always exist. Senators created it by accident when members decided to clean up their procedural rules and one of the things they did away with was a motion to allow a simple majority to end debate and vote. Years later, some members figured out that the lack of any such motion could be used to block the body from doing anything.

Eventually, the filibuster was weakened a bit, and it was not used frequently until relatively recently. But it still exists in the form of the 60-vote threshold for passing legislation that we know today. It has always been possible for a simple majority of senators to abolish the filibuster, but the chamber’s individual members value the power it gives them too much.

In 1974 Congress created the “budget reconciliation” process, which allows Congress to pass bills affecting mandatory spending, revenue and the debt ceiling with a simple majority in the Senate.

Of course, Congress created this process to control budget deficits. But congressional Republicans used it to increase budget deficits with tax cuts in 2001, 2003 and most recently under President Trump in 2017. So now, budget reconciliation is a way to get around the filibuster. Given that Republicans used it to enact tax cuts for the rich, congressional Democrats have decided that it is reasonable to use the same process to enact legislation that will benefit millions of ordinary Americans, even if it temporarily increases the deficit to a manageable degree.

Minimum Wage and the Limits to the Reconciliation Process

When CBO found that the minimum wage hike would slightly increase the budget deficit, congressional Democrats hoped that would be enough to qualify it for inclusion in reconciliation legislation. But the Senate parliamentarian ruled that it does not.

One way around this would be to turn the minimum wage hike into a provision that clearly does change revenue or spending. At least that’s the hope of Sen. Ron Wyden, who chairs the Finance Committee, and Sen. Bernie Sanders, who chairs the Budget Committee.

Sen. Wyden released a statement describing his “plan B” for the minimum wage, which would include a penalty tax of 5 percent of total payroll for “big corporations” that fail to pay a minimum wage as well as rules to prevent companies from escaping the penalty by outsourcing. It would also include tax credits equal to 25 percent of wages paid by “small businesses” that do pay a minimum wage, up to $10,000 for each business.

How effective these provisions are in moving companies to pay a minimum wage depends on the definition of “big corporation” and “small business” and other details that are not yet clear. Suffice to say, it would be a lot simpler if the Senate was willing to break its addiction to arcane procedural obstacles like the filibuster and simply pass a minimum wage increase by a simple majority.