Latest “Compromise” for Tax Plan Is Even Worse than Previous Proposals, Would Reduce the Plans’ “Losers” by Less than 17,000 Taxpayers

Earlier this week, ITEP explained that two possible “compromises” to improve the Senate tax bill would accomplish very little other than make the plan more expensive. Incredibly, Republican leaders are now discussing a third possible “compromise” that is even worse — a further reduction in the top personal income tax rate to 37%. This would cost more than $8 billion annually, about the same amount as the one of the other compromise options but it would help far fewer taxpayers and concentrate its benefits almost entirely on the richest households.

The first and second compromise options that ITEP analyzed earlier this week (both changes to the treatment of the state and local tax deduction) would reduce the number of taxpayers facing tax increases under the Senate bill in 2019 by 2.6 million and 1.4 million respectively. The new “compromise” being discussed, the reduction the Senate bill’s top income tax rate from 38.5 percent to 37 percent, would reduce the number of taxpayers with tax hikes by less than 17,000.

As the graph below illustrates, amending the Senate tax bill to reduce the top income to 37 percent would boost the average tax break for the richest one percent — and no one else. 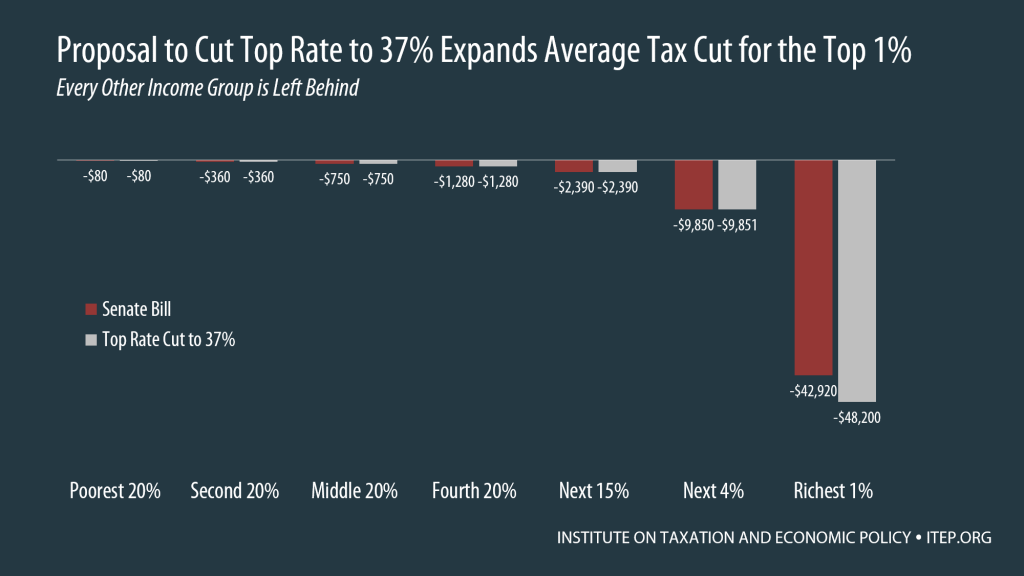 The tax bills approved by the House and Senate would initially cut taxes for most households, but some would pay more right away. Tax increases under the proposals would be most common for those who currently pay higher state and local taxes, which can be deducted on the federal tax return today. The tax bills passed by the House and Senate would both eliminate deductions for state and local income taxes and cap deductions for property taxes at $10,000.

The first and second compromise options ITEP analyzed earlier this week would attempt to address this problem by allowing some taxpayers to deduct a limited amount of state and local income tax.

Now some Republican leaders are claiming that the answer to this problem is not to allow more generous deductions at all but rather to lower the top income tax rate to 37 percent. Of course, lowering the top tax rate does not address the problem of people losing their deductions for state and local taxes, because the group of people claiming those deductions today is much broader than the group who would benefit from the lower income tax rate.

The Senate bill as passed would raised taxes on 9 percent of taxpayers in 2019. ITEP’s analysis from earlier this week found that the first and second compromise would reduce that to 7 or 8 percent, meaning most of the problem lawmakers are contemplating would not be resolved. The third compromise option, lowering the top rate to 37 percent, would not reduce the overall share of taxpayers with tax hikes by any perceptible amount. It would only slightly reduce the share of taxpayers with tax hikes among the richest one percent. 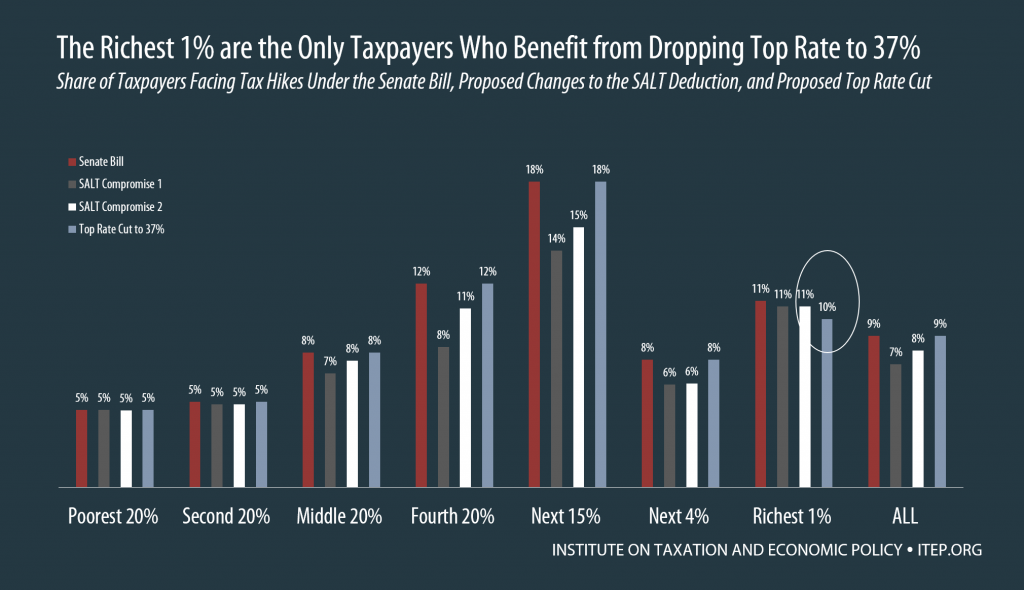 For those who do face tax hikes under the Senate bill, lowering the top income tax rate to 37 percent would not change the average tax hike, except for those among the richest one percent of taxpayers. 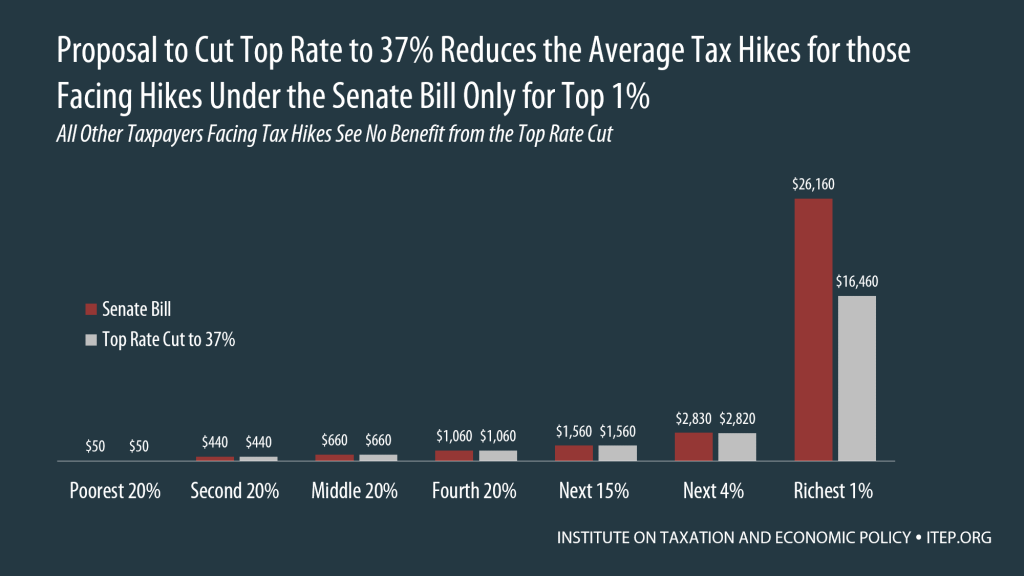