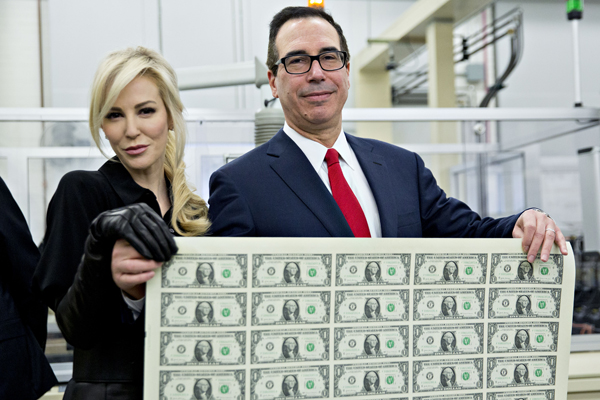 As a presidential candidate, Donald Trump routinely referred to his expertise in tax avoidance to convince voters he was best suited to strengthen our tax laws in ways that would benefit working people and eliminate egregious tax breaks for the wealthy. He knew which loopholes to close, he claimed, because he benefited from them. In an August 2016 stump speech, he railed against the carried interest loophole, stating that it has “been so good for Wall Street investors, and people like me, but unfair to American workers.”

Yet when President Trump released the initial outline of his tax reform plan in April, carried interest repeal was nowhere to be found. And when Congress hammered out a tax plan in late December, lawmakers agreed to reduce the cost of the carried interest tax provision by about 5 percent. (Full repeal would have raised $20 billion over a decade; the enacted provision raises about $1 billion.)

For more than a decade, advocates and some political candidates have worked to raise awareness of how the carried interest loophole unfairly benefits money managers. Many Americans now know that carried interest is the share of an investment firm’s profits that are paid to fund managers. These managers are allowed to treat this income as capital gains, which means a sharply lower tax rate capped at 20 percent. President Obama proposed to end this giveaway by treating carried interest as regular income, which it is. The new tax law, however, leaves the loophole in place as long as firms hold an asset for three years before selling it and passing on a share of the profits to their money managers.

The hedge fund and private equity industry’s first reaction to the new tax law was likely a sigh of relief. A typical early summary from one law firm was that the law’s changes were “not a ‘broad attack’ on carried interest.” But the industry’s immediate second reaction was to find ways around even the minimal restrictions on the carried interest break the new tax law imposes.

And those efforts were rewarded: sloppy language in the new law makes the three-year limit null for income earned by corporations rather than individuals. This means hedge fund managers can avoid new limits on carried interest by simply funneling income through a pass-through corporation. And intrepid reporting by Bloomberg this week finds that hedge fund managers are doing exactly that, prompting a mini-boom in the formation of Delaware limited liability companies in December.

In the wake of the Bloomberg article, Treasury Secretary Steven Mnuchin promised that “taxpayers will not be able to get that loophole,” apparently in the belief that the Treasury Department can write regulations that will clarify the apparent snafu in the bill text.

We wish him well in that effort. But his stand should not be mistaken for a pledge to fulfill Trump’s campaign promise. If Mnuchin’s regulatory fix works, this does not mean the administration deserves praise. After all, the tax break will remain fundamentally unchanged.