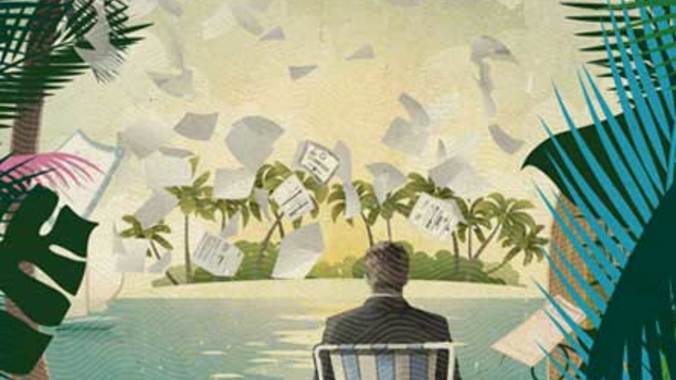 Almost a year after lawmakers hastily enacted the Tax Cuts and Jobs Act, evidence continues to mount that it is providing far more tax cuts than jobs.

A new Morgan Stanley report estimates that U.S. companies repatriated between $50 billion and $100 billion of offshore cash in the third quarter of 2018. This means companies have “brought back” about half a trillion dollars in 2018, far short of the $4 trillion that President Trump  claimed corporations would repatriate “very shortly” after his tax cuts. The stated goal of the tax law’s repatriation tax holiday is domestic jobs creation and capital investment, but the meager findings of this latest report suggest this objective is unlikely to bear fruit.

The failure of companies to repatriate their profits should raise precisely zero eyebrows on Capitol Hill since the tax break didn’t require U.S. multinationals to bring a dime of offshore cash home. The new law simply imposes a one-time tax of up to 15.5 percent on the trillions of dollars of untaxed offshore cash domestic companies held last year, after which no additional U.S. taxes will be charged. This was a huge win for companies like Apple and Microsoft, which appear to have intentionally shifted billions of dollars of profits offshore, on paper, to avoid paying the 35 percent corporate tax rate then in effect, but was equally liberating to these tax avoiders because the law doesn’t require companies to repatriate any of these offshore profits after paying the reduced tax.

In this light, one could argue that even $50 billion of repatriated cash in response to an utterly ineffective tax incentive may sound like a lot—but the third-quarter repatriation total is worrisome for a number of reasons. In addition to falling far short of the Trump Administration’s promises, it also suggests that post-tax-cut repatriations are slowing to a trickle. The Commerce Department estimated that companies repatriated $295 billion in the first three months after the tax cut took effect, followed by $170 billion in the second quarter. From this perspective, Morgan’s third-quarter estimate suggests repatriations are drying up fast.

Even worse, much of these “repatriations” may be as insubstantial as the tidal wave of offshore cash that prompted the holiday in the first place: Since much of the cash U.S. companies moved offshore was likely accounting fiction, the process of bringing it back may just mean ending that ruse rather than making meaningful U.S. investments.

When U.S. companies responded to a 2004 tax holiday by claiming to repatriate hundreds of billion of dollars, very little of that cash flow was meaningfully invested in domestic jobs creation, and many of the biggest offshoring companies immediately started shifting their cash into tax havens after the holiday. There is every reason to think that these companies will act in the same way this time around.

As we have argued previously, U.S. corporations are collectively enjoying historic profits and sitting on vast cash holdings. Combined with continued  low interest rates, this has meant that any company seeing opportunity for big capital investments in the United States likely would have done so before the tax law. Put another way, the third-quarter repatriation haul may be the most insubstantial $50 billion pile of cash in living memory.

So where is the repatriated money going? According to the Morgan Stanley report, stock buybacks have grown at an enormous rate and are likely the place where the vast majority of repatriated earnings are going. Stock buybacks serve to boost stock prices and directly benefit wealthy shareholders. The amount going to capital investments or research and development is dwarfed many times over by the increase in stock buybacks.

Many people saw this one coming. President Trump’s $4 trillion offshore cash claim was hyperbole: most estimates put the total amount of permanently reinvested offshore earnings at around $3 trillion before the tax cut, and at least some of those earnings were likely meaningfully invested in capital equipment that could not easily be repatriated to the United States. So even if Congress had been interested in devising a truly effective way of encouraging companies to create jobs at home, the president’s promises were unlikely to ever be met. And as we have noted elsewhere, the new law’s territorial tax system turns Trump’s promise on its head by creating new incentives for companies to shift real production offshore.

But this broken promise is especially painful to American workers because it comes at a time when there is increasing evidence that companies were never going to embark on a wave of domestic jobs creation in response to the tax cuts. As a presidential candidate, Trump was able to capitalize on the growing economic anxiety of middle-income families by promising these families the moon and the stars. The spectacular failure of his economic promises likely will create even more anxiety and mistrust of elected officials at a time when responsible policies could be vital in helping to get our country on a sound economic footing.