The federal government and many states are seeing shortfalls in their transportation budgets in part because the gasoline taxes they use to generate those funds are poorly designed. Thirty-one states and the federal government levy “fixed-rate” gas taxes where the tax rate does not change even as the cost of infrastructure materials inevitably increases over time. The federal government’s 18.4 cent gas tax, for example, has not increased in over 22 years. And twenty states have gone a decade or more without a gas tax increase. (1)

Fortunately, there is a growing recognition of the problems with this “fixed-rate” gas tax design. Since 2013, five states (Maryland, Pennsylvania, Rhode Island, Utah, and Virginia) as well as the District of Columbia (DC) have abandoned their old gas tax structures in favor of a more sustainable, “variable-rate” design where the tax rate gradually rises alongside gas prices, the general inflation rate in the economy, vehicle fuel-efficiency, or other relevant factors. As a result of these reforms, a majority (54 percent) of the U.S. population now lives in a state where the gas tax rate tends to grow over time. 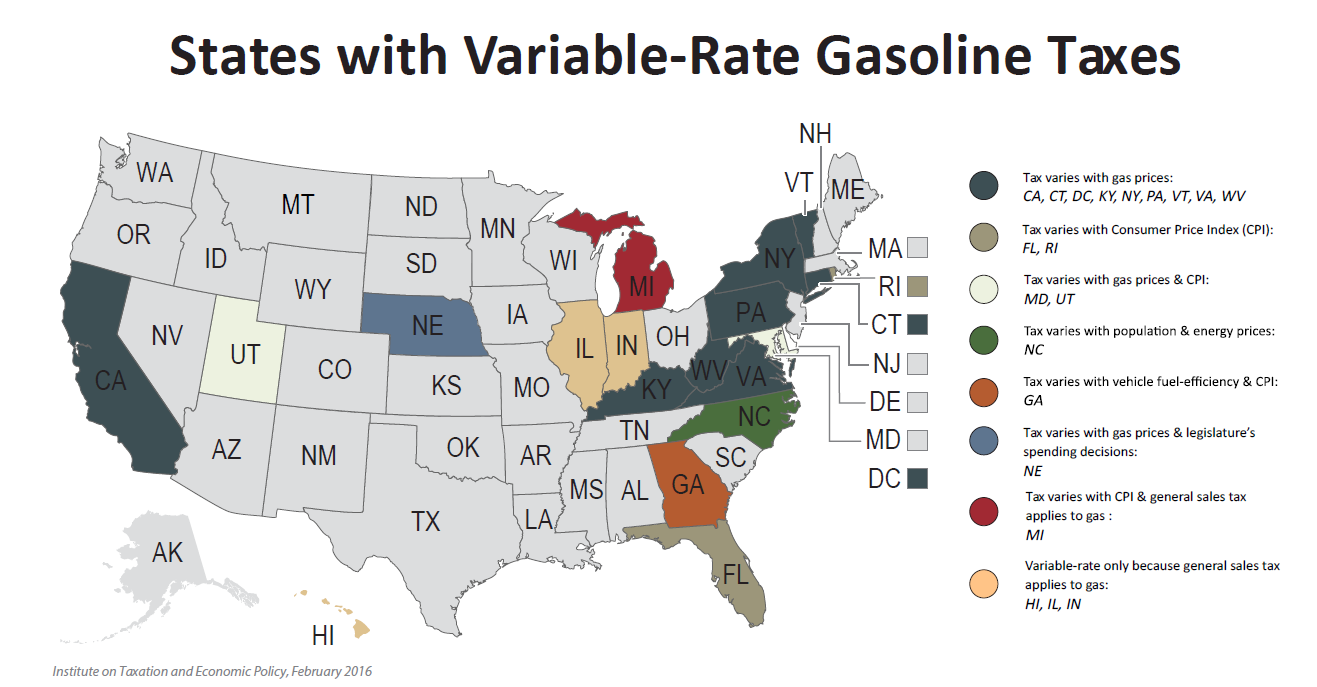 (1) Institute on Taxation and Economic Policy. How Long Has it Been Since Your State Raised Its Gas Tax? February 2016. Available at:https://itep.sfo2.digitaloceanspaces.com/gastaxincreases0216.pdf