The economic stimulus bill released by Senate Majority Leader Mitch McConnell Thursday night would leave behind millions of adults and children and do little to help struggling families weather this current public health and economic crisis, the Institute on Taxation and Economic Policy (ITEP) said today.

ITEP has released a new analysis that compares Sen. McConnell’s CARES Act to a plan sponsored by Sens. Cory Booker, Michael Bennet and Sherrod Brown. Here are some of the key findings:

“This country’s severe economic crisis requires immediate, bold solutions that will deliver assistance to families that need it most,” said Amy Hanauer, executive director of ITEP. “People across the U.S. are reeling. Stores are closing. Travel is restricted. Unemployment is spiking. Families and communities need universal help. The McConnell proposal does not meet the needs of this moment and will leave us with an economy that can’t recover. The Democratic proposal gets us closer to delivering the critical help that the public needs, including vulnerable families who need it most.” 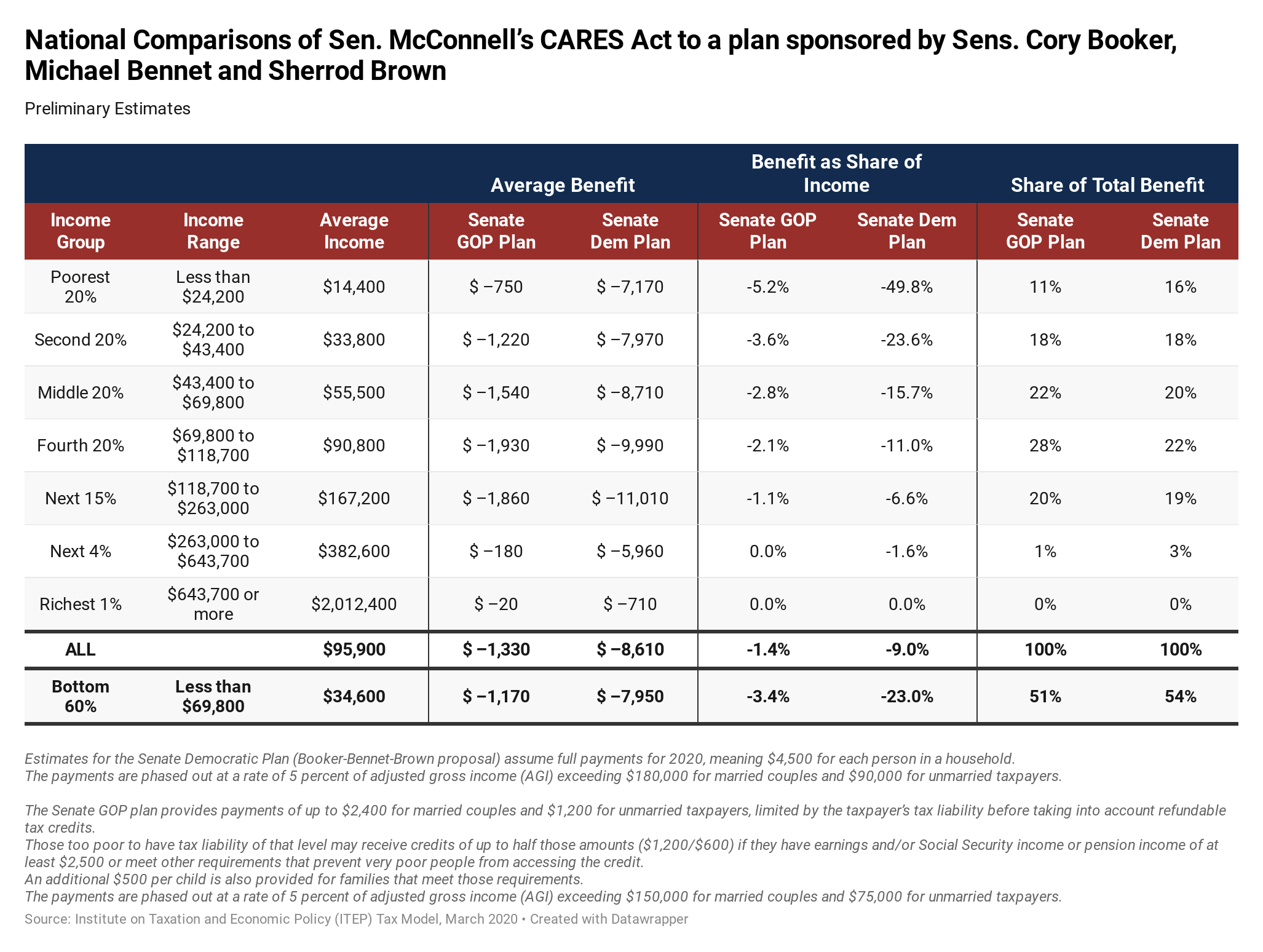