Why the GOP Senate Bill Fails to Address the Crisis, and Why a Democratic Bill Looks More Promising 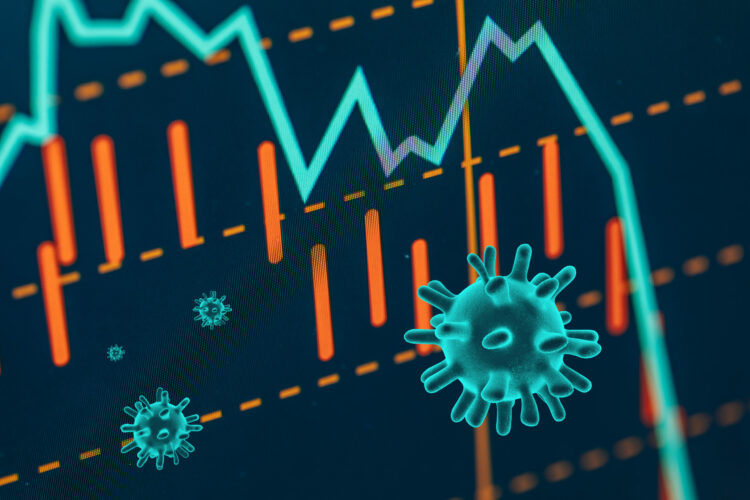 On Thursday night, Senate Majority Leader Mitch McConnell released a bill that reportedly cost more than $1 trillion, most of which would go toward breaks for corporations and other businesses. A provision in the bill to provide payments to families would cost about $216 billion, according to a new ITEP analysis, which also finds that the plan is specifically designed to deny benefits to certain low-income people.

ITEP’s analysis compares the GOP payment provision to another proposal to provide payments to families and individuals from Democratic Sens. Cory Booker, Michael Bennet and Sherrod Brown. Here are some key differences:

The most effective way to counteract a sharp economic downturn is to put money in the hands of low- and moderate-income people who are likely to immediately spend it on necessities. This would pump that money into the economy right away, boosting consumer demand and creating customers for struggling businesses. 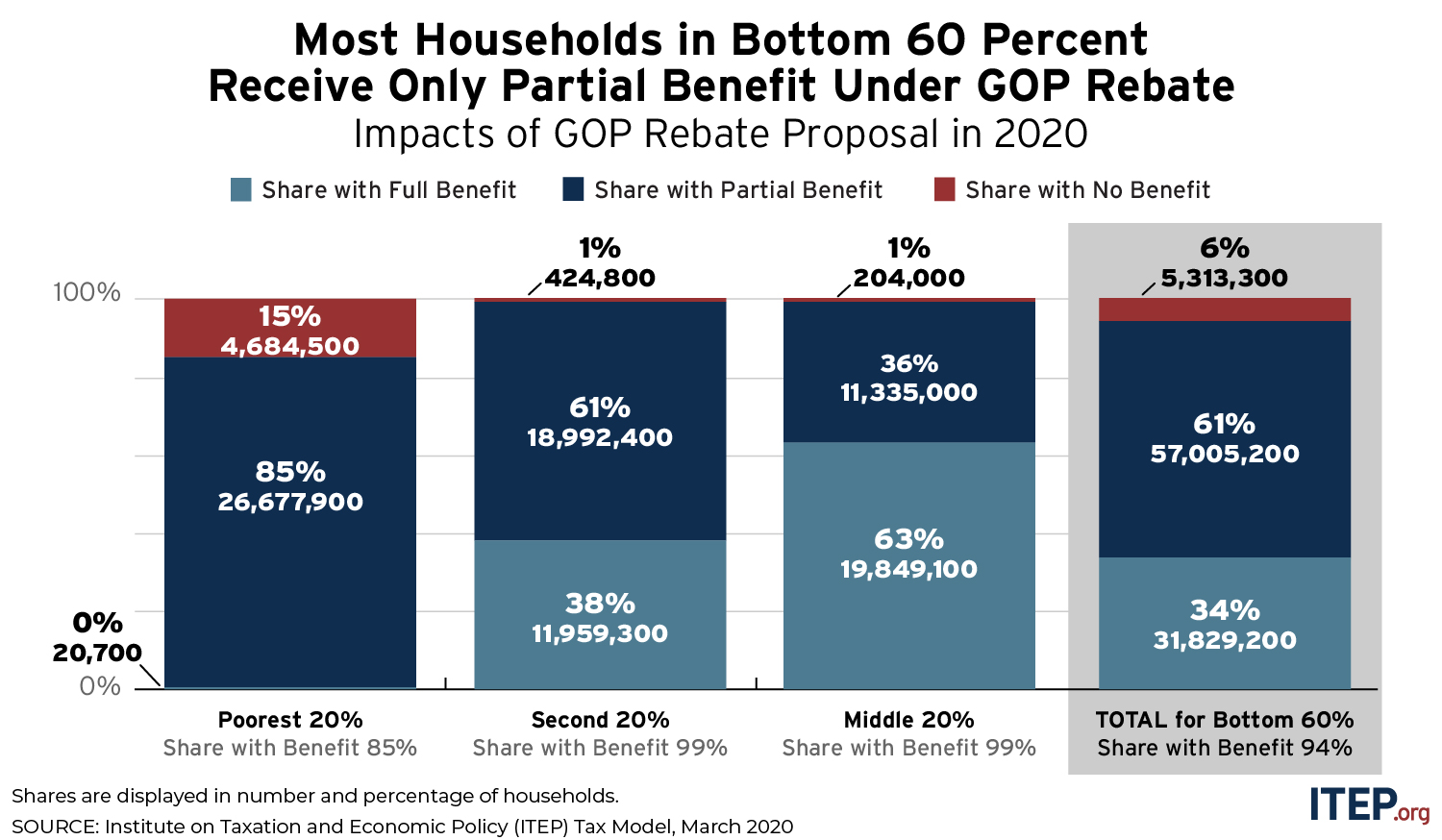 Details of the Two Plans

The Booker-Bennet-Brown plan is bolder and more straightforward. Taxpayers would receive a flat payment of up to $4,500 in 2020 for each member of their household. The $4,500 includes an initial payment of $2,000 per person, followed by additional payments if economic conditions continue to deteriorate. (ITEP’s analysis assumes that the full payments of $4,500 are made in 2020.)

Benefits under the Democratic plan would be phased out above a certain income level. While the sponsors have not yet announced what the income limit would be, reports state that the income phaseouts would begin at $180,000 for married couples and $90,000 for other taxpayers.

The GOP plan’s payment to households would be smaller and very limited for low-income people. It would provide adults with a maximum credit of up to $2,400 for married couples and $1,200 for unmarried taxpayers, but the credit would be limited to one’s tax liability before taking into account refundable credits.

For those adults who would receive little to nothing under these rules because their incomes are too low to have tax liability, an alternative rule might give them a credit that is only half as large ($1,200 for married couples and $600 for unmarried taxpayers).

But a complicated set of rules restrict very poor people from getting even this reduced credit. They could only receive this smaller credit if they have certain types of income (earnings, Social Security or some veterans’ benefits) of at least $2,500 or have positive tax liability before taking into account refundable credits. For taxpayers who meet these requirements, the GOP proposal would also provide a credit of $500 for each child in the household.

The GOP plan’s payments are unavailable to immigrants working in the United States who file taxes using an Individual Taxpayer Identification Number (ITIN) excluding an additional estimated 4.3 million adults and 3.5 million children from the benefit.  In contrast, the proposal from the Senate Democrats includes ITIN filers recognizing their contribution to the economy. (ITEP’s analysis does not yet include ITIN filers.)

The GOP plan phases out the credits starting at income of $150,000 for married couples and $75,000 for unmarried taxpayers.