The Senate agreed to a compromise stimulus bill last night that improves on flaws in its initial bill but still fails to go as far as other proposals and leaves out immigrants who file taxes via Individual Taxpayer Identification Numbers (ITIN), the Institute on Taxation and Economic Policy said today.

The average rebate for households is $1,720. The below chart shows average payments for each income group. State-by-state numbers are also available. 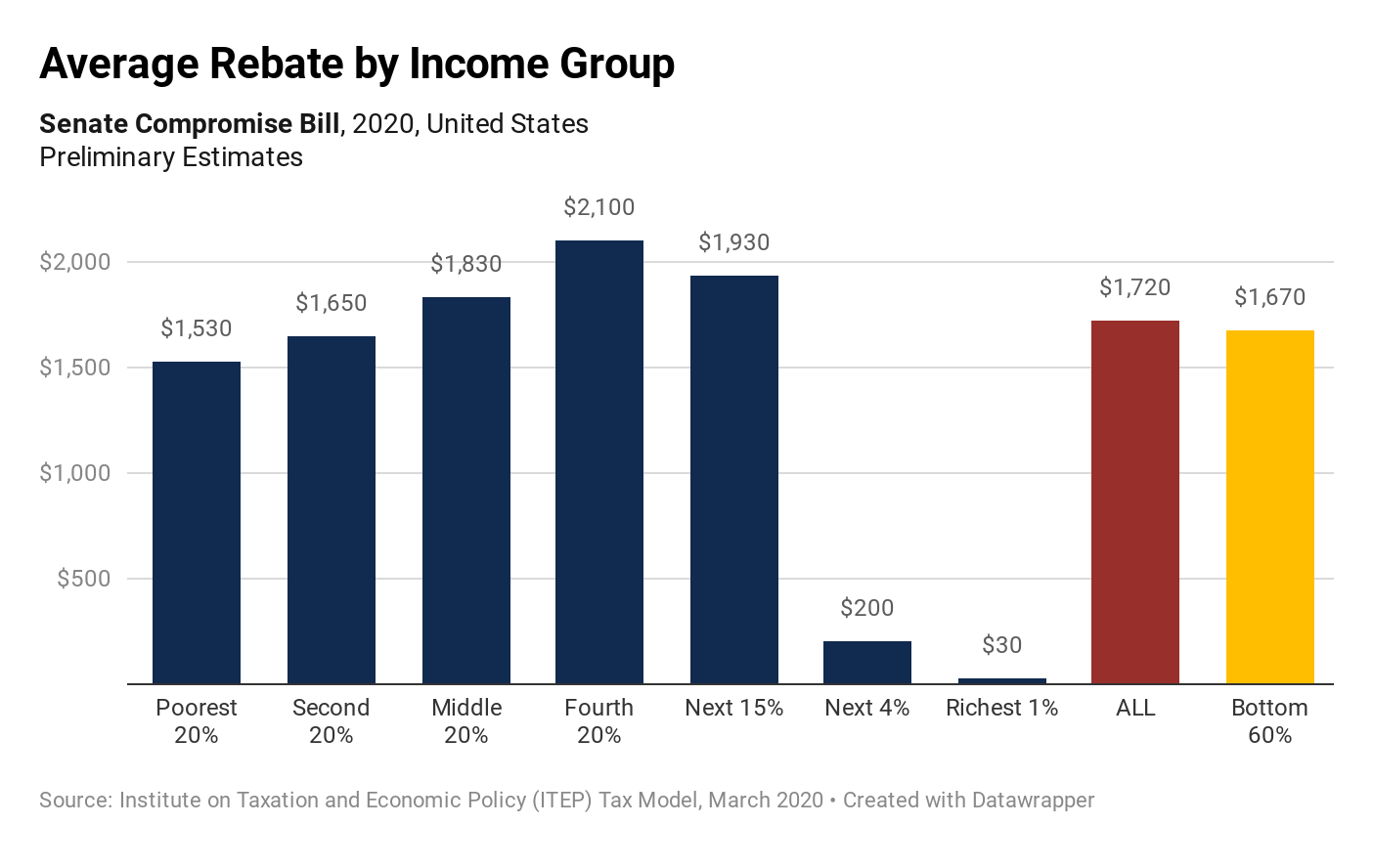 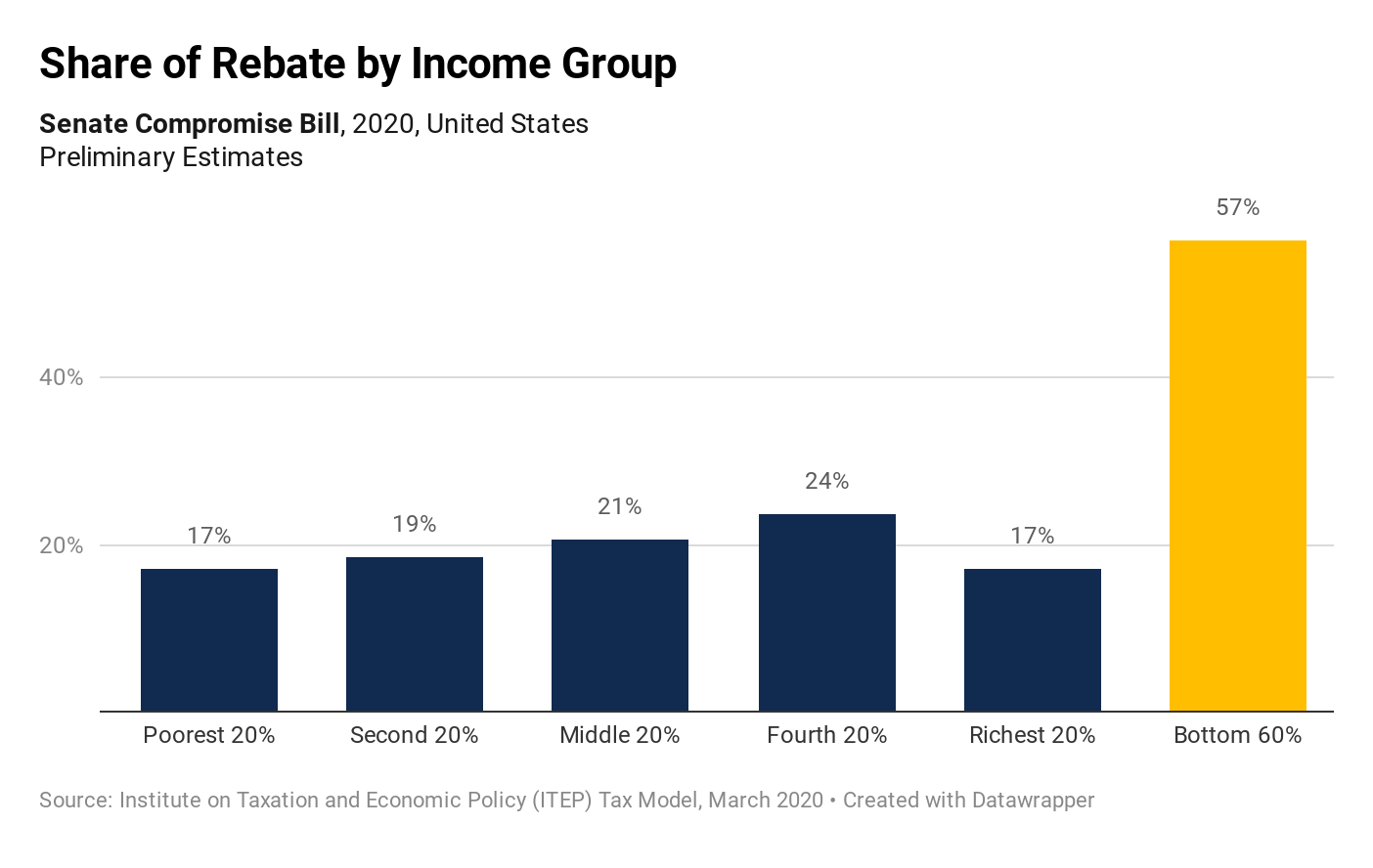 “Compromises are never perfect, but this bill is closer to addressing the public’s needs than the bill Sen. McConnell released five days ago,” said Amy Hanauer, executive director of ITEP. “Advocates pushed to strengthen standards around corporate aid in the final deal and Democrats successfully negotiated to limit stock buybacks and executive bonuses for firms getting aid, and to expand public oversight. The bill, unfortunately, leaves out immigrants who file taxes using ITINs, and millions of individuals who didn’t file taxes in 2018 will not get immediate relief. But strong fiscal aid to states is essential right now and this $2 trillion package will help the country slow a fast downward spiral.”