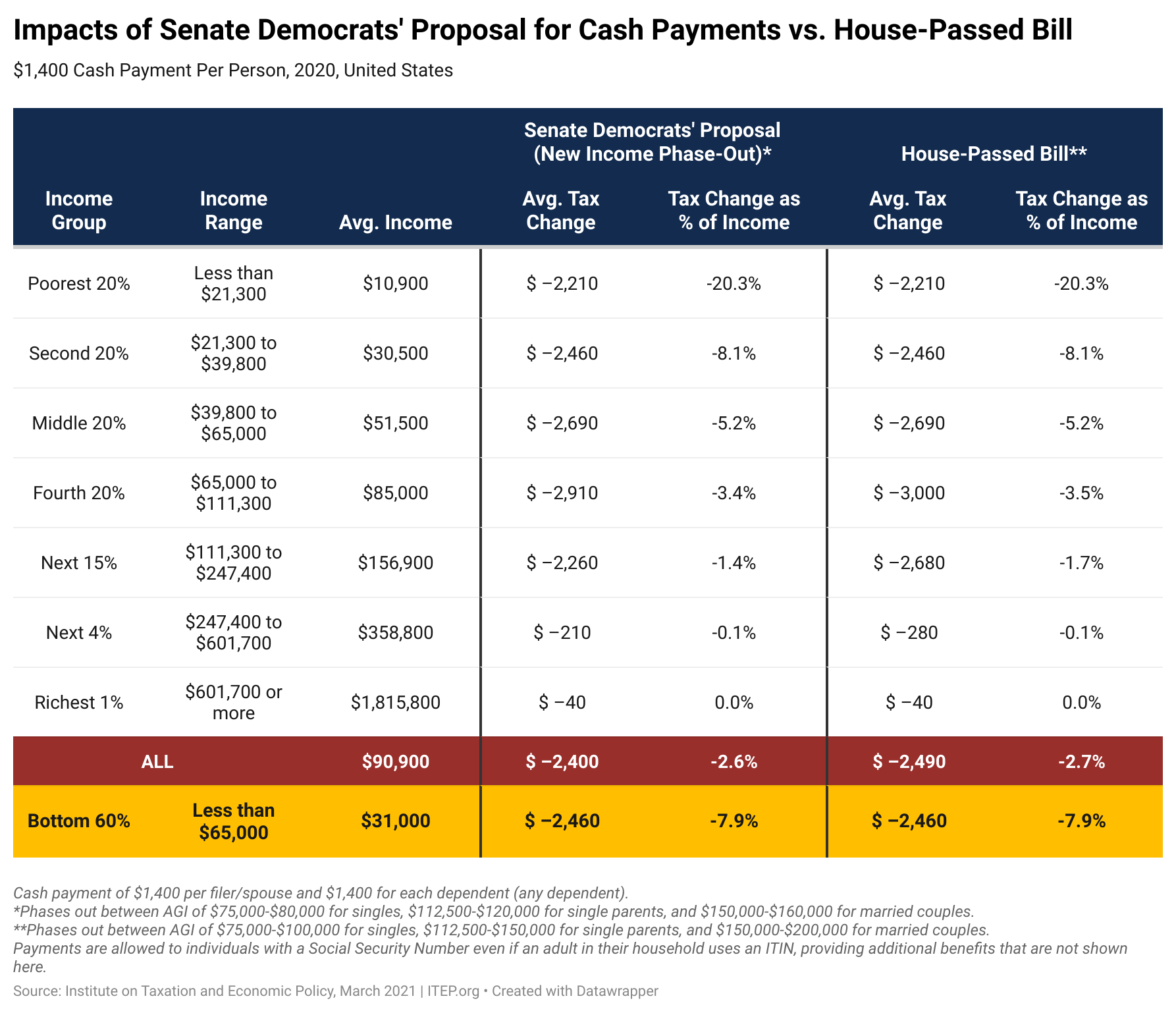 As the Senate takes up the COVID relief bill passed by the House last week, Senate Democrats have proposed to lower the income level at which the $1,400 cash payments would be phased out. New estimates from ITEP demonstrate that, for most people, the change would make no difference.

However, the Senate Democrats propose to phase out the payments at a steeper rate. For example, the Senate version would phase the cash payments out entirely for singles with $80,000 of income, compared to $100,000 of income under the House-passed bill.

These estimates do not include taxpayers who file with an Individual Taxpayer Identification Number (ITIN) or their family members who have Social Security Numbers (SSNs). ITIN filers would be ineligible for the payments but their family members who have SSNs could receive the payments. This was also true of the $600 payments provided in legislation enacted before the end of 2020, which made those payments available to 1.4 million adults with SSNs who have a spouse filing with an ITIN and 1.5 million children who have one parent filing with an SSN and another with an ITIN, according to the Migration Policy Institute.

Most of these individuals would qualify for the new $1,400 payments but the exact numbers could differ because the income limits in the new legislation (both the House and Senate versions) differ somewhat from those of the $600 payments.