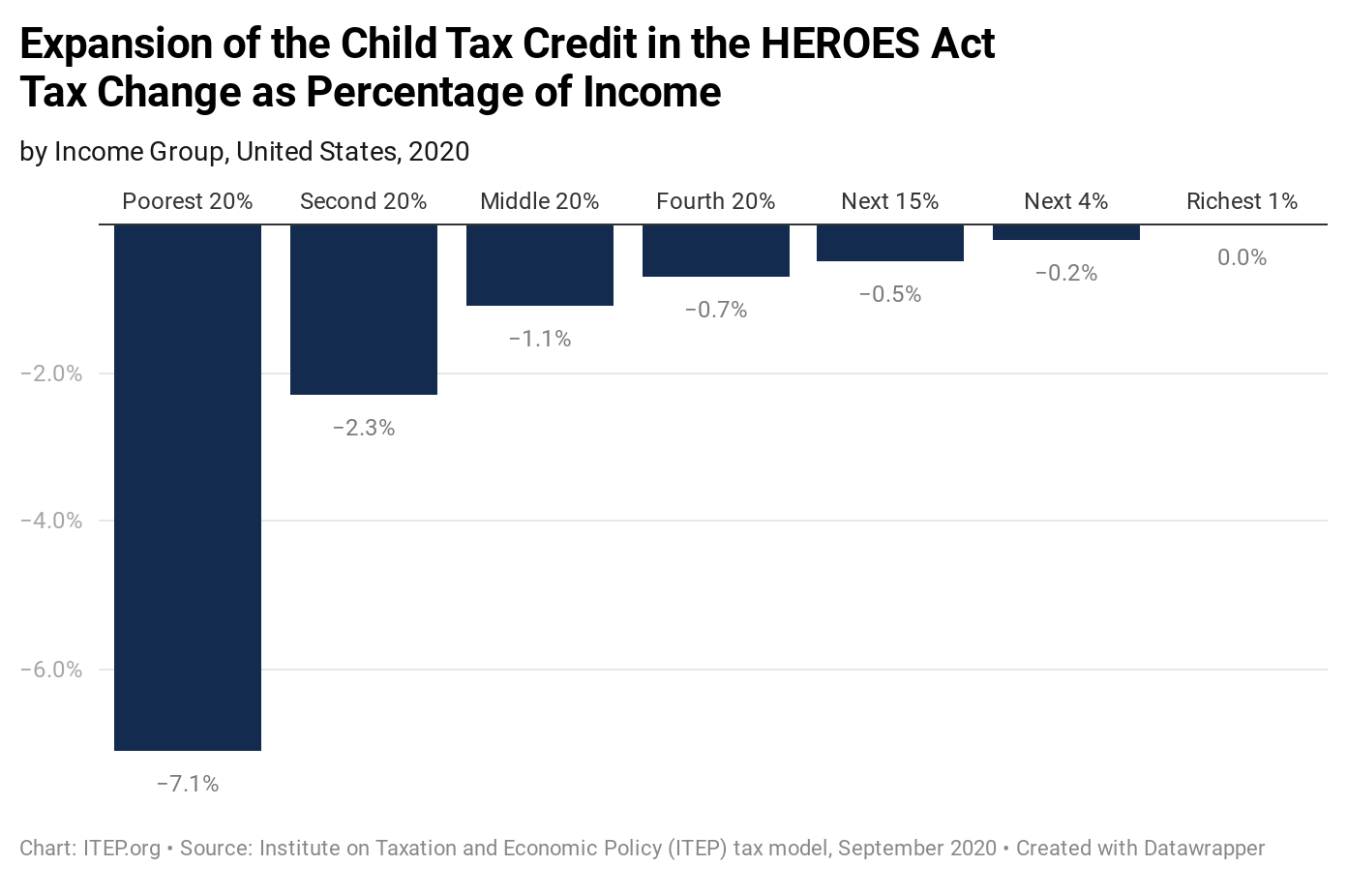 On Thursday, former Vice President Joe Biden announced that his tax plan would include a provision passed by House Democrats to temporarily expand the Child Tax Credit (CTC), potentially lifting millions of children out of poverty.

Estimates from ITEP show that this change would benefit most families with children—more than 83 million children live in households that would benefit if this was in effect in 2020—but the most dramatic boost would go to low-income families.

The proposal, which was part of the HEROES Act passed by the House of Representatives in May to address COVID-19 and the recession, would increase the CTC from $2,000 to $3,000 per child with an additional $600 for each child under age six. The provision would also remove limits on receiving the credit as a refund and a requirement to have earnings of at least $2,500, which are significant changes because these limits currently prevent about a third of low- and moderate-income children and families from receiving the full credit.

In many cases, tax credits help low-income people only to the extent that they are refundable. While the Trump tax law enacted at the end of 2017 increased the CTC from $1,000 to $2,000 per child, it also continued to limit the refundable portion of the credit in two ways.

First, current law limits the refundable portion of the credit to a percentage of earnings, not counting the first $2,500. This means that families with very low earnings will not receive the credit or will receive only a partial credit. This earnings-based limit is apparently designed to encourage work but is difficult to justify given that the purpose of the CTC is simply to help families with the cost of raising children. It is also difficult to justify given that there are no restrictions on families making up to $400,000 from receiving the credit. It makes no sense to help high-income parents with the costs of raising children but not lower-income parents.

Second, under current law, the refundable part of the CTC is also subject to a dollar cap, which is $1,400 in 2020. This provision, which was included in the Trump tax law, has no apparent rationale other than to restrain the overall cost of the tax law, which provided the vast majority of its benefits to the well-off. It is unreasonable, then, to apply the restraint only to the portion that assists lower-income families.

A recent study from the Center on Poverty and Social Policy at Columbia University found that these changes—increasing the CTC to $3,000 with a $600 boost for children under age 6 and making it fully refundable—would lift more than 4 million children out of poverty. This investment would also cut the poverty rate for Black children in half and for Hispanic children by 41 percent or more.