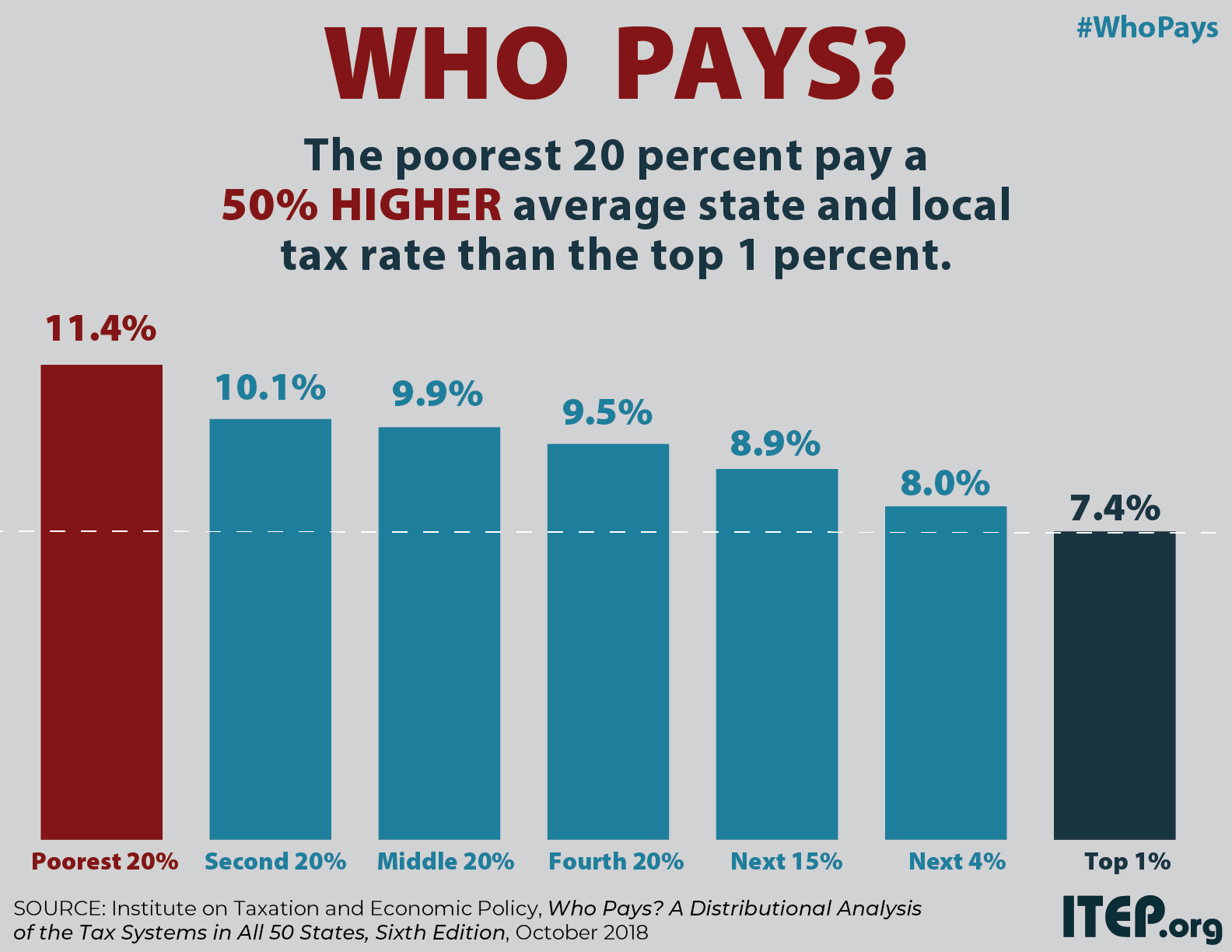 ITEP’s sixth edition of Who Pays? A Distributional Analysis of the Tax System in All 50 States finds that most state and local tax systems continue to tax low- and middle-income households at higher rates than the wealthy. On average, the lowest-income households pay 50 percent more of their income in these taxes than the very rich. The national average effective state and local tax rate is 11.4 percent for the poorest 20 percent, 9.9 percent for the middle 20 percent, and 7.4 percent for the richest 1 percent.

For information on your state, visit our interactive map. 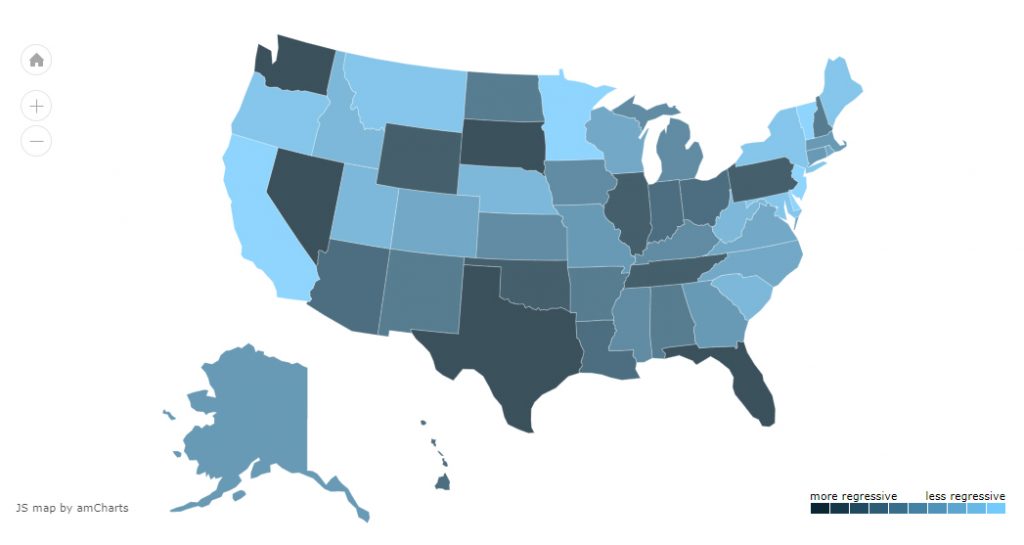 State and local tax systems in 45 states worsen income inequality by making incomes more unequal after taxes. The worst among these are identified in ITEP’s Terrible 10. Washington, Texas, Florida, South Dakota, Nevada, Tennessee, Pennsylvania, Illinois, Oklahoma, and Wyoming hold the dubious honor of having the most regressive state and local tax systems in the nation. These states ask far more of their lower- and middle-income residents than of their wealthiest taxpayers.

Key similarities among these states drive this result. Seven of the ten most regressive states do not levy a broad-based personal income tax—and in the three states that do, they are structured in a way that makes them much less progressive than average. Further, six of the ten states rely heavily on regressive sales and excise taxes to fund state and local government.

Five states and the District of Columbia, on the other hand, have made their tax systems somewhat more equitable for those with the least ability to pay taxes. Those states are California, Vermont, Delaware, Minnesota, and New Jersey. To varying degrees, these states have used their tax codes to promote opportunity and lessen inequality—or at the very least, not make it worse. Here’s how: highly progressive income tax brackets and rates; the use of targeted, refundable low-income credits; and a lower reliance on regressive consumption taxes.

Most state and local tax systems are inequitable and every state still has room for improvement. An overreliance on regressive, slow-growing taxes prevents states from investing in the priorities that will bolster the prospects of low- and middle-income residents: education, workforce development, infrastructure improvements, and adequate healthcare. How we fund these priorities matters. Upside-down tax systems, which tax lower-income people at higher rates than their top-earning neighbors, are inherently inequitable and deprive state coffers of the funds needed to develop thriving communities that benefit us all.