Opportunity Zones Have Nothing to Do with Reparations, Except … 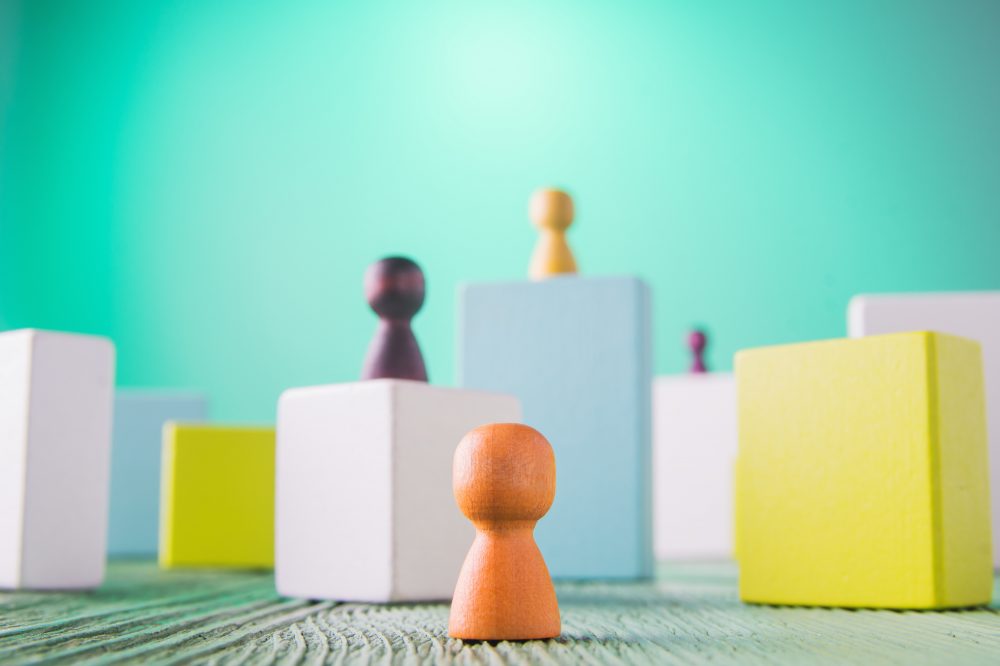 Just before a U.S. House hearing in June on reparations for American descendants of enslaved people, reporters asked Senate Majority Leader Mitch McConnell whether he supported the idea. Without missing a beat, the senator said he could not support reparations because “no one alive today is responsible for the nation’s original sin.” Plus, he added, the Civil Rights Act of 1964 and 2008 election of the nation’s first Black president “addressed the nation’s ugly history.”

At best, this response is intellectually dishonest. It is rooted in the idea of so-called individual responsibility and aims to reinforce structural inequalities that have allowed white families to build wealth and economic security while impeding Black families who have the same middle-class aspirations. And, despite McConnell’s protestations, federal and state lawmakers today continue to enact policies that advantage wealthy, powerful white people.

On the same day as the House hearing on reparations, the investigative news organization ProPublica revealed how a billionaire and Goldman Sachs received special favors from the state of Maryland so their joint development venture in Baltimore would qualify for tens of millions of dollars in federal tax breaks.

Kevin Plank is the wealthy founder and CEO of Under Armour. He holds 40 percent ownership in a Baltimore project called Port Covington; Goldman Sachs is also a substantial investor. The project is a multi-use development that includes plans for a hotel and retail, residential and green space. This is the kind of economic development that proponents of the 2017 Tax Cuts and Jobs Act opportunity zones program claimed it would incentivize.

But—and there’s a huge but—the law is supposed to spur new development in economically distressed neighborhoods. Before the tax law passed, the Port Covington project was already in progress. And, according to ProPublica reporting, the area only qualified for an opportunity zone designation after Plank’s development firm aggressively lobbied Maryland Gov. Larry Hogan’s office (governors have the power to determine which Census tracts are eligible for opportunity zones). Worse, in granting Port Covington an opportunity zone designation, the state denied the opportunity to a nearby majority Black, lower-income community that should have qualified.

As the selection process was underway, a deputy chief of staff to Maryland’s governor wrote in an email that “Port Covington does not qualify” as an opportunity zone. Maryland’s governor chose the area for the program anyway — after his aides met with the lobbyists for Plank, who owns about 40% of the zone.

In selecting Port Covington, the governor had to exclude another Maryland community from the opportunity zone program. In Baltimore, for example, the governor dropped part of a neighborhood that city officials recommended for the program — Brooklyn — with a median family income one-fifth that of Port Covington.

In other words, a wealthy CEO and a profitable big bank will receive tens of millions of dollars in tax breaks while investment incentives and economic opportunity are expressly denied to a Black community.  Baltimore isn’t the only example of how opportunity zones are benefiting developers more than residents of communities that have struggled due to disinvestment. Policy experts and advocates have cautioned that opportunity zones may meet the same fate as previous tax-incentivized economic development programs, which foremost aided wealthy developers.

The Port Covington development embodies these critiques and larger problems with the 2017 Tax Cuts and Jobs Act. The law is both a giveaway to the wealthy and corporations, and it further exacerbates the racial wealth gap. The $2 trillion tax law mostly benefits white households. This is not simply because white people represent a larger percentage of the population. It’s because on average, white families make up a disproportionate share of families in the top income brackets while people of color, Black families in particular, are overrepresented in lower-income brackets, due to historical injustices. In 2018 alone, of $275 billion in tax cuts for individuals, $218 billion (80 percent) went to white households.

This transfer of wealth and opportunity to white families typifies a long history of public policies and social norms in this country that exacerbate the racial wealth gap by either creating policies that provide economic advantage to white people, administering policies in such a way that they deny opportunity to Black people or a combination of both.

Whether by intent or enforcement, centuries of racist policies have boosted the fortunes of white families. The historian Ira Katznelson in his 2005 book, “When Affirmative Action Was White,” details how the Depression-era Federal Emergency Relief Administration, due to pressure from Southern lawmakers, unevenly administered New Deal programs. Southern states, devoted to maintaining a racial caste system, provided impoverished Black families with much smaller cash benefits than needy white families and also systematically excluded agricultural workers (mostly Black) from relief rolls at planting and harvesting time. In other words, when the whole of the country was economically struggling, white Southern farm owners safeguarded their own economic security by denying Black farm workers  access to federally funded economic assistance so they could, in turn, exploit them for menial pay.

The 1935 Social Security Act covered a wide-range of  programs, including old age insurance, now known as Social Security benefits. The act initially excluded domestic and farm workers (Black people were over represented in these occupations). The federal government didn’t address this disparity until 20 years later, leaving a broad swath of workers in the meantime to live in abject poverty in their later years or to work until they died.

After World War II, the GI Bill paved the way to the middle-class for millions of veterans and their families. The bill included unemployment benefits, access to low-cost mortgages and education funding, but the law’s racially discriminatory administration left Black veterans behind. They were more likely to have their applications for unemployment benefits subject to examination; they were denied homes in certain neighborhoods even though they had financing; and either due to lack of prior educational opportunity or other reasons, they were denied full access to the bill’s educational benefits. Black families without veteran status, too, were denied wealth-building opportunities through affordable home mortgages due to the government-sanctioned practice of redlining—denying home loans to residents of neighborhoods deemed too risky. These communities were almost exclusively Black, and to this day the residual, devastating economic effects of this racist policy are apparent.

One need not dig into history’s vaults to find instances where public policies disadvantage (or flat out exploit) people of color. In 2013, for example, the Obama Administration, through executive action, granted Fair Labor Standards Act protections to home care workers who were employed through agencies. Prior to that time, the federal government classified workers (mostly Black and brown women) who provide daily care for the elderly and infirm as tantamount to babysitters who weren’t entitled to minimum wage or overtime protections. In 2007—very recent history—the U.S. Supreme Court struck down a lower court decision that would have rectified this injustice. A law firm, summarizing the decision wrote:

“The Supreme Court helped avoid a potential fiscal crisis for third-party providers threatened by the Second Circuit’s decision. Many agencies depend upon Medicare and Medicaid reimbursement, which do not include reimbursement for overtime pay.”

In other words, the federal government and corporate owners of home health providers all were complicit in creating a system of care for elderly people that relied on denying minimum wage and other labor protections to home care workers.

In March 2015, the U.S. Department of Justice released a report on the Ferguson Police Department (Ferguson is the city in which a police officer shot unarmed 18-year-old Michael Brown), which found that the police department, city management and local prosecutor’s office all participated in a system designed to extract as much money as possible from fines and fees for various infractions, from traffic stops to municipal code violations. Black residents were the most likely targets, the report found. And in 2018, multiple news sites reported that Chicago’s fines for traffic infractions or lacking a current vehicle registration disproportionately placed low-income Black residents in a cycle of debt.

The list of systemic injustices is long, just as is the list of white advantages afforded by racial biases in the creation or administration of public policies. Mostly, the progressive community is comfortable talking about how the system has been rigged in favor of the wealthy and corporations—which is true. But it is also true that due to the legacy of slavery, Jim Crow and persistent racism, solutions to boost the middle class and address inequality have not been equally distributed. Policymakers aren’t likely to stop awkwardly dancing around the subject of whether reparations can right the nation’s historical wrongs anytime soon. But those firmly opposed cannot rewrite history or gloss over current policies and claim that all is well because “no one alive today owned slaves.”

Policymakers, wealthy special interests and others who are alive today are presiding over, and benefiting from, a system that redistributes the nation’s wealth to billionaire developers and keeps low-income people of color in a perpetual cycle of debt to fund local governments. Opportunity zones and the top-heavy 2017 tax law are just the tip of the iceberg.