Sales Tax Policy in a Pandemic: Exemptions for Digital Goods and Services Are More Outdated Than Ever 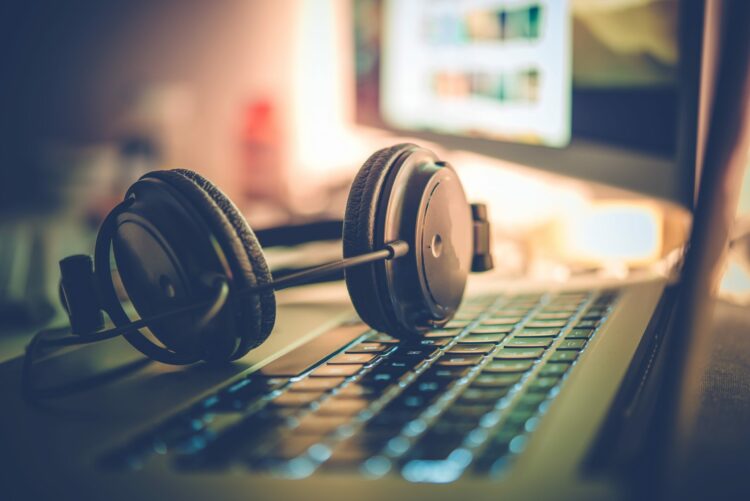 The COVID-19 pandemic is dramatically reshaping many aspects of daily life, including the ways in which consumers are spending, or not spending, their money. These changes bring about significant implications for state and local revenue collection and sales taxes.

In most states, many sectors of the economy are shut down entirely, including barbershops, nail salons, spas, and bars. But others are being transformed as services migrate online. Gyms are closed, for example, but fitness instruction is increasingly taking place online. Movie theaters are also closed, but digital streaming of movies of TV shows has increased 32 percent. DJ’s are doing live performances on TikTok because people can no longer leave their homes to be entertained. Art classes are taking place through Zoom. Without a modern sales tax that covers digital purchases, states will not be able to capture revenue from even limited economic activity. Now is the time for states to rethink their sales tax base.

Every economic downturn puts strain on state and local sales tax collections as laid-off workers and wary consumers cut back on their spending. But for the sales tax, the impact of this event is unlike any we have ever seen.

Maryland officials, for instance, have forecasted a 59 percent drop in sales tax collections related to the pandemic and the state’s stay at home order. While some of that decline may be recouped later, a significant share will never be collected. Nationally, sales and excise taxes make up more than a third (35 percent) of state and local tax revenues. Declines of this magnitude in such a critical revenue source will require large tax increases, catastrophic reductions in state and local services, or some combination of both.

Much of the current decline in the sales tax is unavoidable. When people spend less money, fewer sales tax dollars will be collected. But many states are making the decline worse by failing to apply their sales taxes to digital goods (such as downloads of music, movies, or software) and services (such as digital streaming). A state that taxes movie theater tickets but not digital streaming, for instance, is needlessly hastening the decline of its own sales tax.

For the most part, exemptions for digital products were not intentionally created by state lawmakers and do not have a compelling policy rationale. Rather, these exemptions are the unintentional byproducts of outdated sales tax laws that were written well before these digital products even existed. Certainly, no one could have predicted a crushing, pandemic-driven demand for such services. Nonetheless, amid the growing preference for digital goods and services, sales tax revenues have diminished.

The taxability of digital goods and services is a messy patchwork, with more than a dozen states generally exempting such products and other states taxing some digital purchases but not others. With increases in the use of online services, taxing digital purchases is key to making up lost state and local tax revenues. States such as Alabama, Kansas, Illinois, Louisiana, Maine, Massachusetts, and Utah were already discussing this reform before the pandemic began, and its importance has only risen since then.

State governments need to adapt their policies to reflect our digital era. For the sake of state and local revenue stability, sales taxes need to be reformed to apply to the things people are buying in the 21st century, such as digital goods and services.