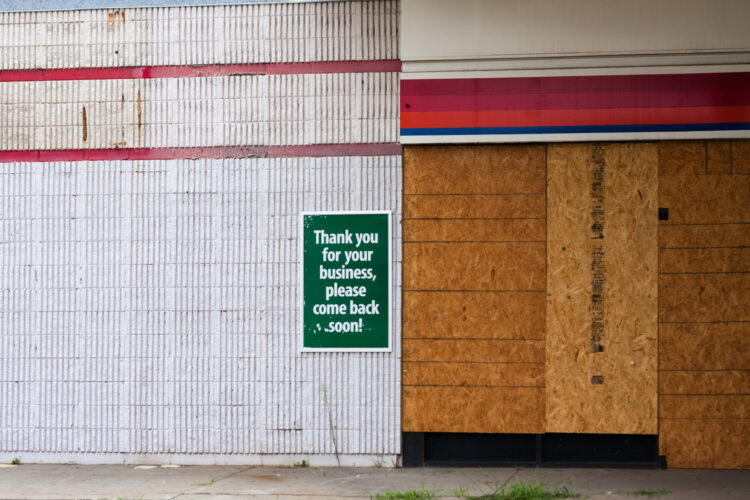 By Meg Wiehe and Carl Davis

Last week, the nation focused its attention on the debate over the $2 trillion federal relief package. The final package included critical aid for states and localities to invest in pressing needs related to COVID-19. But this aid will not be enough in the short or long term to help states address sizable revenue shortfalls. It’s too early to assess the full impact this pandemic will have on state and local revenues, but to get ahead of the curve, we should ask tough questions and explore solutions—now.

One pressing question is what will an economic downturn in which consumers are anxious, facing job loss, or simply spending their time sheltering in place and not spending money in typical ways, mean for states’ ability to raise revenue?

Retail establishments from clothing to home goods stores are shuttered until further notice. In many cities, all restaurants are closed except a few able to offer food for carryout. People are buying fewer hotel stays and restaurant meals, both items often taxed at a higher rate than other services or goods. Services that are taxed, from yoga studios to gyms and other activities, are halted.

In addition to the downward pressure on consumer spending that accompanies any economic downturn, the current pandemic also may be reshuffling the ways in which people spend money into categories of consumption that are less likely to be subject to sales tax. For instance, an increase in spending on health care, groceries, and digital streaming services during this period of social distancing may not help offset revenue decline since some of these categories of spending are often exempt from sales tax.

Early indications are that consumers are cutting back or spending much less due to personal economic uncertainty. Even people who still have jobs may substantially cut back their spending because there are limited ways for them to spend their money.

Moreover, as consumers shift some of their shopping online, sales tax revenue is not captured as consistently as it is at brick and mortar retailers because some states have yet to set up broad requirements for sales tax collection by e-retailers.

State and local governments may face their steepest sales tax decline ever.

This will have sweeping ramifications for most states’ budgets, especially those that raise most of their revenue from sales and excise taxes. In a typical economic downturn, sales and other consumption taxes are among the first revenue sources to suffer as consumers begin cutting back on spending. Of course, there’s nothing typical about our current situation. But there’s every reason to think this pattern will hold this time around—and may even be more pronounced than usual.

Clearly, this will be harsh for state and local budgets, particularly those that rely more heavily on sales tax revenue.

ITEP’s most recent Who Pays? report finds that Florida, Nevada, Tennessee, Texas, South Dakota, and Washington derive roughly half to two-thirds of their tax revenue from sales and excise taxes, compared to the national average of 35 percent.

We’ve written extensively about why over reliance on sales taxes is bad policy. Foremost, sales taxes are regressive. ITEP estimates that low-income families typically spend three-quarters of their income (out of necessity) on sales-taxable items, while middle-income families spend about half, and upper-income families spend roughly one-sixth. This contributes to income inequality, prevents states from raising more from higher-income households and gives a pass to those who can pay more.

Given the nature of our current crisis, states may seek to plug holes in their sales tax bases created by outdated laws that fail to apply tax to 21st-century goods and services such as digital downloads, streaming, and online services. Doing so is overdue. But while sales tax reforms have a role to play, they are not the best path forward for closing yawning state revenue gaps. At a time when so many Americans are facing economic uncertainty or even disaster, the first place states should look to address revenue shortfalls is their highest-income residents: taxpayers managing to earn substantial incomes this year even in the midst of our current economic upheaval. Raising personal income taxes on top earners is the most straightforward means of generating tax revenue without worsening economic hardship. Many states did so during the last recession, and they should do so again.

Crises expose existing weaknesses. It’s abundantly clear at this moment that our public health infrastructure needs shoring up and our education system needs the tools to provide equal education to all children—in the classroom or remotely. And these systemic weaknesses are just the tip of the iceberg. Fundamental, long-term policy change is hard to navigate in the middle of a crisis. But in the short and long term, states should take a hard look at how they are raising revenue and who they are requiring to pay more.

ITEP analysts recently wrote about what states can do now to address fiscal challenges brought on by the COVID-19 crisis.