The revised Senate tax plan approved by the Finance Committee on November 16th  would raise taxes on many low- and middle-income families while bestowing immense benefits on wealthy Americans and foreign investors.

See below for graphs  showing these effects in Nebraska in 2027. Download the national and 50-state detailed tables for 2019 and 2017 here.

The Senate tax bill released last week would raise taxes on some families while bestowing immense benefits on wealthy Americans and foreign investors. In Nebraska, 40 percent of the federal tax cuts would go to the richest 5 percent of residents, and 9 percent of households would face a tax increase, once the bill is fully implemented. See below for graphs and data tables showing these effects in Nebraska in 2019 and 2027, and see here for our full report on the Senate bill. 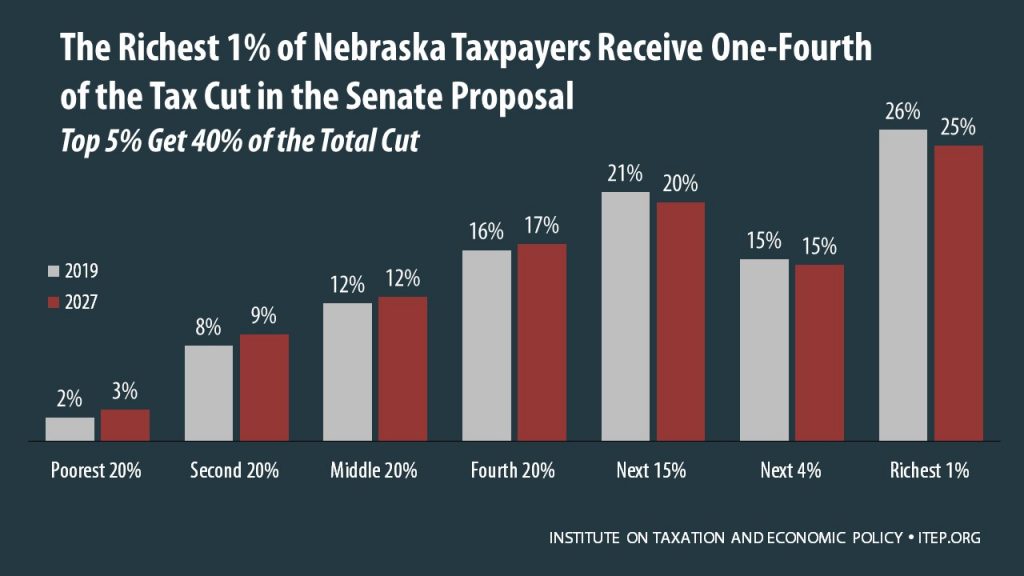 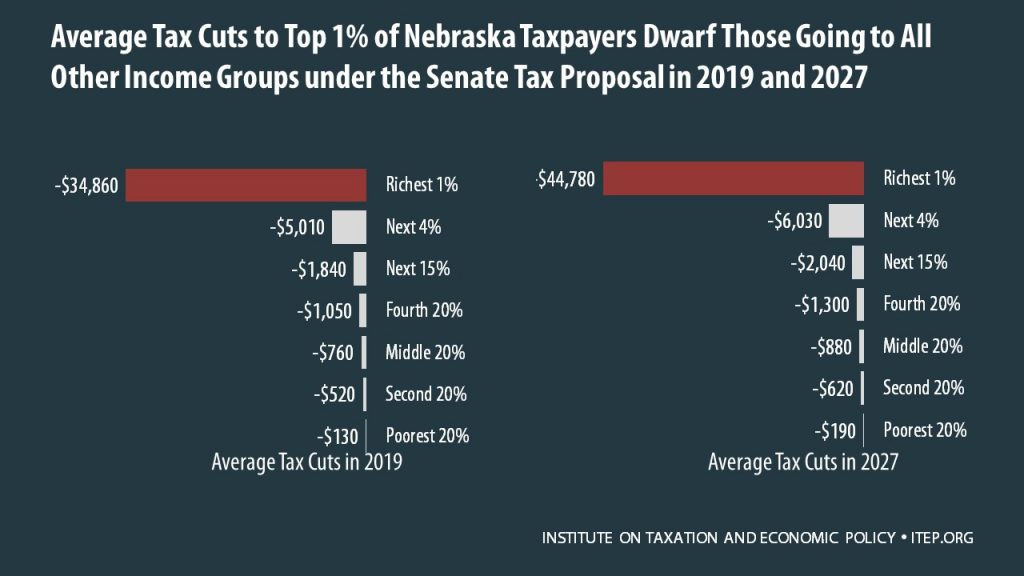 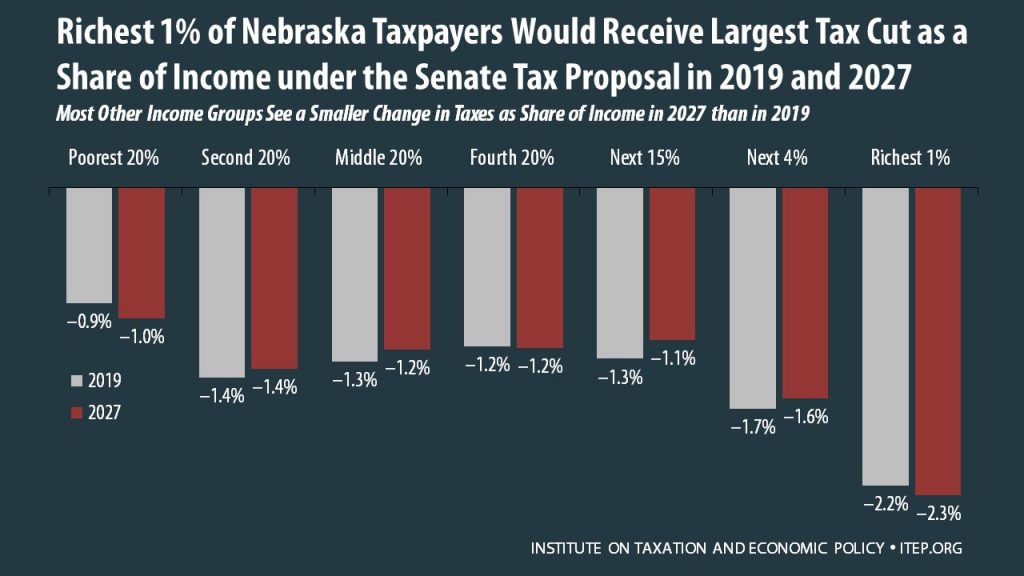 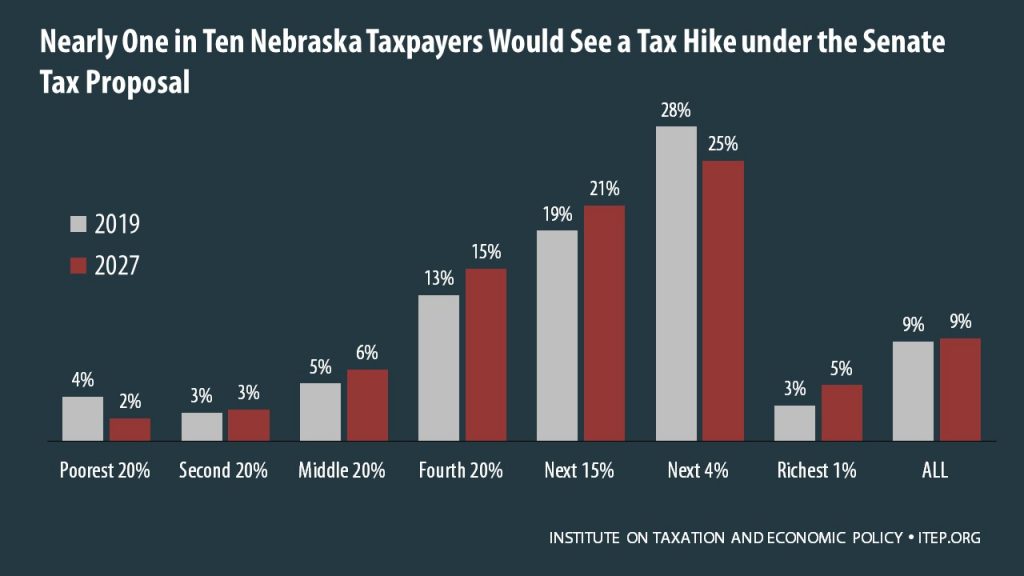