Shaking up TCJA: How a Proposed New Credit Could Shift Federal Tax Cuts from the Wealthy and Corporations to Working People

Update Jan. 22, 2019: Three months after ITEP published this post on Kamala Harris’s LIFT the Middle Class Act, the Senator announced on Jan. 21, 2019, that she is running for president, sparking additional attention to her tax proposal.

A new federal proposal, the Livable Incomes for Families Today (LIFT) the Middle Class Act, would create a new refundable tax credit for low- and middle-income working families who were little more than an afterthought in last year’s federal tax overhaul. This proposal would take the place of TCJA, providing tax cuts similar in cost to the recent federal tax law but targeted toward working people rather than the wealthy. ITEP analyzed the bill, proposed by California Sen. Kamala Harris, and compared its potential impact to TCJA. 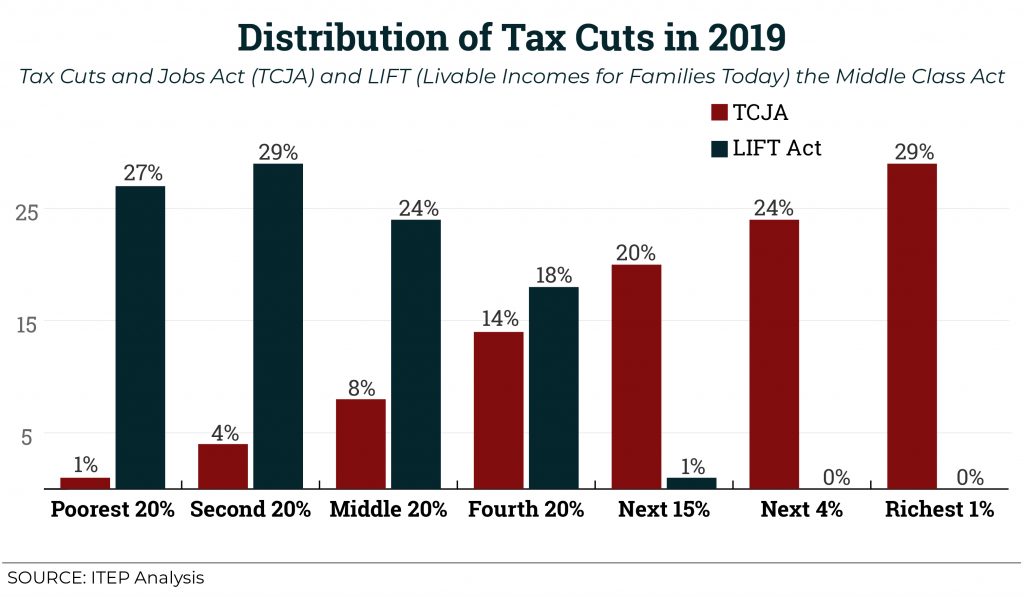 The LIFT Act would result in a seismic shift away from the tax cuts enacted last year that disproportionately benefit our nation’s wealthiest to targeted assistance for those most in need and most likely to benefit from having extra cash in their pockets. An ITEP analysis estimates at least 183 million people would benefit from this proposal, including 123 million adults, 59.7 million children and nearly one million students who would be able to use their Pell Grant income to qualify. Recognizing the important contribution immigrants make to our nation’s communities and economy, LIFT would notably be available to taxpayers who file using an individual tax identification number (ITIN), which are often used by immigrants to work and pay federal and state income and payroll taxes.

The disparity between how the new federal law impacts the rich versus the poor is stark. The poorest in the country—those with incomes less than $23,600—receive an average tax cut of just $80 under TCJA, but more than $2,100 under the LIFT Act. In 2019, the richest 1 percent of filers will have incomes of at least $615,000. This group received 29 percent of the tax cuts under TCJA but would receive close to zero percent under the LIFT Act. Their average tax cut in 2019 is $52,290 under TCJA but would be less than $10 under LIFT. 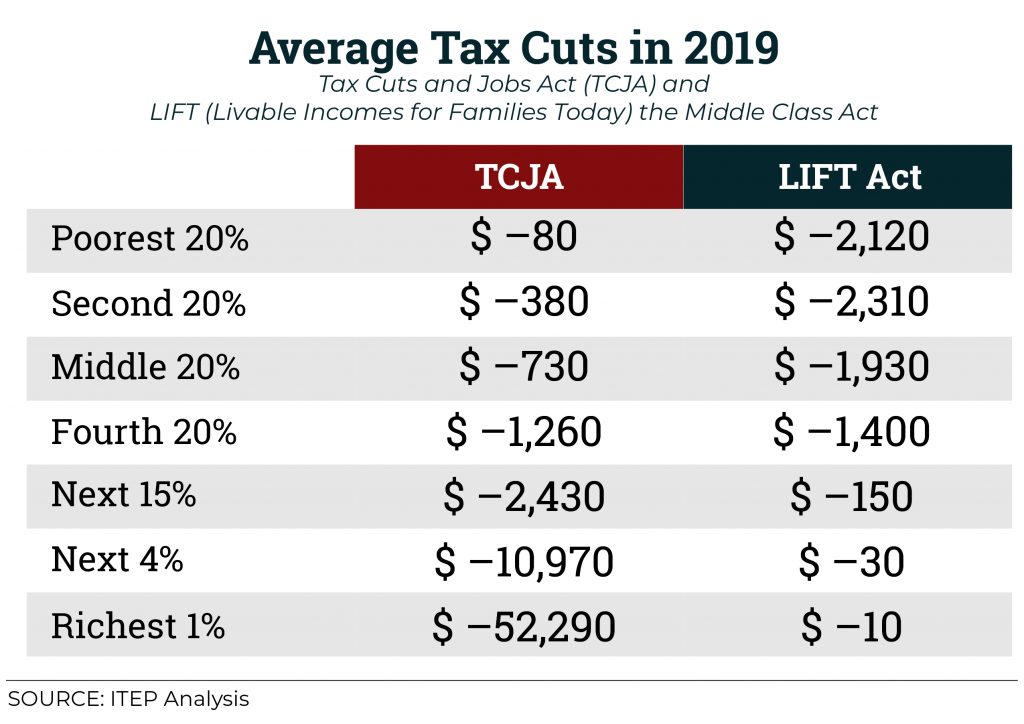 The LIFT Act is not an expansion of the current federal Earned Income Tax Credit (EITC), but rather a complementary policy. Notably, it comes on the heels of a 2017 proposal from Sen. Sherrod Brown and Rep. Ro Khanna to enhance the existing federal EITC. Their proposal, the Grow American Incomes Now (GAIN) Act, would double the maximum credit for working families and increase it nearly six-fold for workers without children in the home. ITEP found that the GAIN Act would measurably raise the incomes of low- and middle-income families, with 52.5 million households receiving an average tax cut of $2,892.

Despite claims to have the interests of working people in mind, the Trump Administration and current Congress have undermined this worthy goal. They touted the Tax Cuts and Jobs Act (TCJA) as a measure to help middle-income families, yet deliberately designed it to benefit the wealthy and corporations. And curiously, despite its multi-trillion-dollar price tag, lawmakers punted discussions of how to fund this massive break for the nation’s wealthiest to another time and place. We are now seeing that conversation play out in the form of congressional leadership blaming key programs, namely Social Security and Medicare, for the rising national debt. Enacting cuts to these programs would amount to a one-two punch for the Americans who have the most to lose.

Enactment of the LIFT Act would represent a dramatic shift in federal tax policy priorities. Its focus on low- and middle-income families is a welcome departure from last year’s top-heavy tax cut. 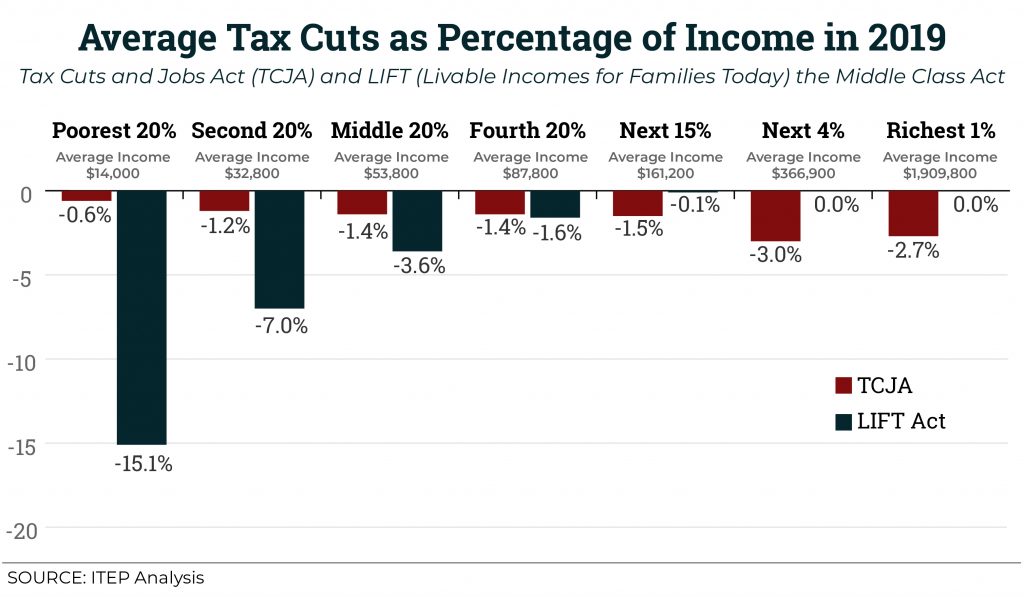 Note: All analysis was conducted in October 2018. TCJA numbers have been updated.