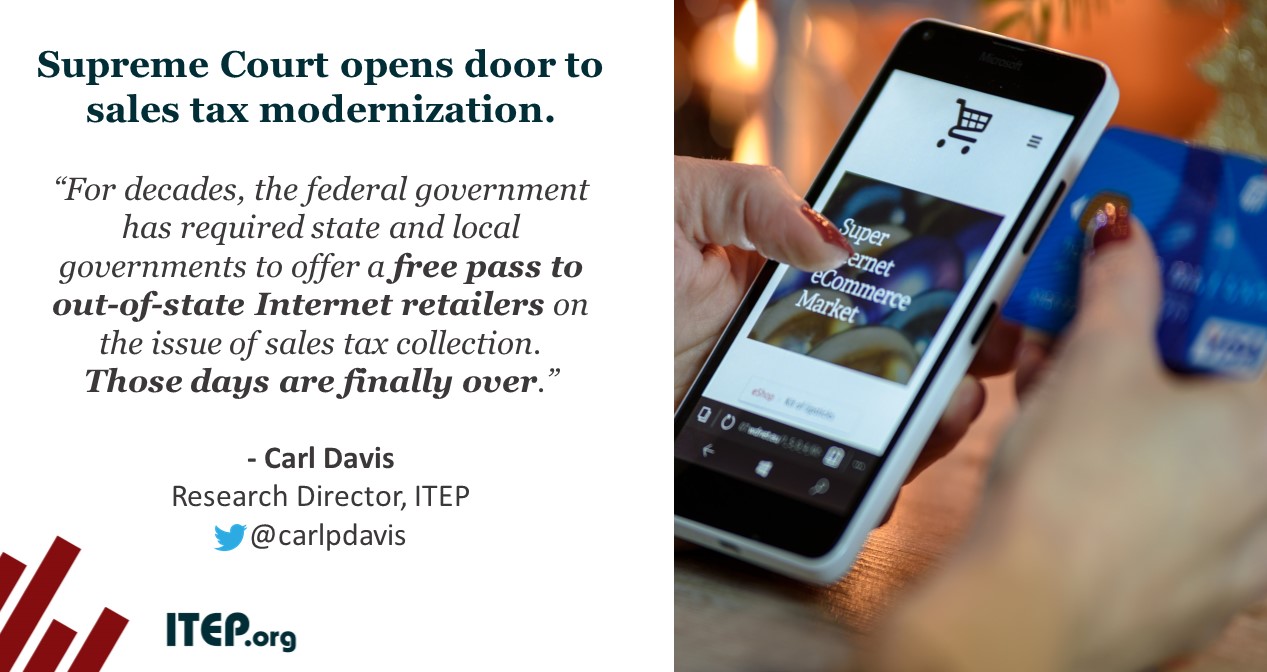 For years, state and local governments have been dealing with a tax enforcement nightmare as out-of-state Internet retailers have refused to collect sales tax. That non-collection was facilitated by a Supreme Court precedent that tax collection can only be required when a retailer has a “physical presence” inside of a state. In today’s ruling in South Dakota v. Wayfair, Inc., however, the Court discarded the “physical presence” requirement in no uncertain terms, calling it “anachronistic” and an “error” that led to a “judicially created tax shelter.”

Among the problems with the “physical presence” standard, as explained by the Court:

While many observers had hoped that Congress would have discarded the physical presence requirement many years ago, gridlock repeatedly prevailed. In the face of that inaction, the Court has decided not to wait any longer, noting that “it is inconsistent with this Court’s proper role to ask Congress to address a false constitutional premise of this Court’s own creation.”

State and local governments will no doubt respond to the ruling by clarifying that many more online retailers must now collect the same sales taxes as their in-state competitors. But states will need to be careful that their tax collection systems are simple enough that they do not impose an “undue burden upon interstate commerce.” In discussing the South Dakota law, the Court praised simplification measures such as the exemption for smaller sellers (below 200 sales or $100,000 worth of sales into the state) and the presence of a single statewide tax administrator. More information on what to expect in the wake of the Wayfair ruling is available here.