Tax Reform Must Include Adequate Funding for the IRS 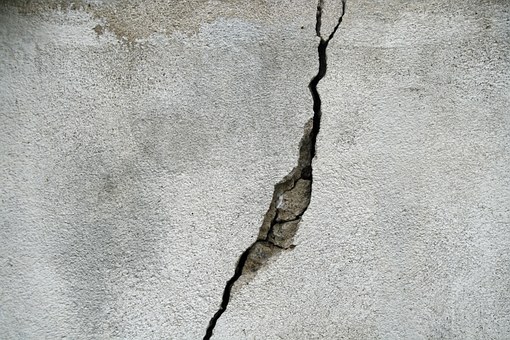 The Biden administration has made clear that its top priorities include a major recovery package with critical investments to boost the nation’s economy and tax increases for corporations and the wealthy.

Adequately funding the IRS must be part of that agenda.

It seems every week, a new study, data set or research-driven commentary reveals how a decade of cuts to the IRS’s budget has weakened the agency’s enforcement capacity. The takeaways from all these studies are the same: increased funding for the IRS would provide a substantial return on investment and failing to sufficiently fund the IRS is a boon for corporations and wealthy tax cheats.

A recent National Bureau of Economic Research study found that the IRS is likely underestimating tax evasion by the wealthy. “Overall …the top 1 percent of households fail to report about 21 percent of their income, with 6 percentage points of that due to sophisticated strategies that random audits don’t detect,” Richard Rubin, describing the study, wrote in the Wall Street Journal.

Last week, the Treasury Inspector General for Tax Administration released a paper that found the IRS’s failure to prioritize collecting delinquent taxes from households with $200,000 or more in annual income has led to $38.5 billion in uncollected taxes. Taxpayers earning $1.5 million or more have about $2.4 billion in taxes outstanding.

Citing a 2019 IRS study, the New York Times Editorial Board last week outlined how business owners hide billions in profits from the government each year while most income from ordinary jobs is reported to the IRS. “Americans report on their taxes less than half of all income that is not subject to some form of third-party verification like a W-2. Billions of dollars in business profits, rent and royalties are hidden from the government each year. By contrast, more than 95 percent of wage income is reported.”

None of this is lost on authorities. “In February, IRS commissioner Charles P. Rettig told Congress that about $570 billion in taxes owed in 2019 were not paid. That tax gap is projected to total about $7.5 trillion over the next decade,” Chye-Ching Huang, executive director of the Tax Law Center at New York University, wrote in the New York Times on March 10. Other scholars have estimated that the federal government will lose up to $600 billion this year due to unpaid taxes.

Since 2010, IRS funding has declined by 22 percent, according to the Congressional Budget Office. This lack of funding for enforcement has drained the IRS of critical staff necessary to audit taxpayers, particularly high-income taxpayers and corporations who may employ more complex tax-dodging schemes. Inadequate funding for the agency has received much attention in recent years—and recent days, for that matter. But where we’re at today is three decades in the making. A 2018 ProPublica report expertly outlines how the GOP since 1994 has vilified the IRS in service of a larger anti-tax agenda that includes hobbling the agency’s enforcement capacity. By 2010, anti-tax lawmakers in control of the House and Senate began to get their way.

“Had the billions in (IRS) budget reductions occurred all at once, with tens of thousands of auditors, collectors and customer service representatives streaming out of government buildings in a single day, the collapse of the IRS might have gotten more attention. Instead, it’s taken eight years to bring the agency that funds the government this low. Over time, the IRS has slowly transformed, one employee departure at a time,” reporters Paul Kiel and Jesse Eisenger wrote in How the IRS Was Gutted.

Lack of funding has led to inequitable enforcement of tax laws. The IRS in 2019 admitted that it is more likely to audit low-income taxpayers in lieu of high-income people because it’s “easier.” The admission came shortly after a separate ProPublica report found that taxpayers claiming the Earned Income Tax Credit are more likely to be audited than households earning $200,000 to $500,000 per year.

The evidence is clear. Eroding the IRS’s funding deprives the nation of necessary revenue, harms lower-income people and only benefits wealthy tax cheats and corporations. Conversely, increased IRS funding will more than pay for itself both in terms of a monetary return on investment as well as correcting for inequitable practices that favor the rich and widen the wealth gap in this country. Boosting funding for the IRS must be part of the Biden administration’s tax reform agenda to fully realize the gains any other reforms promise.

ITEP is part of a broad coalition of groups that signed an open letter to President Biden and Congress to make strengthening the IRS a top priority this year and beyond. Already, two lawmakers have introduced legislation intended to prevent corporations and high-income people from avoiding and evading taxes. Rep. Ro Khanna introduced the Stop Corporations and Higher Earners from Avoiding Taxes and Enforce Rules Strictly (CHEATERS) Act, while Rep. Peter DeFazio reintroduced legislation of his from the previous Congress, the IRS Enhancement and Tax Gap Reduction Act. Enforcing the current tax law makes financial sense.