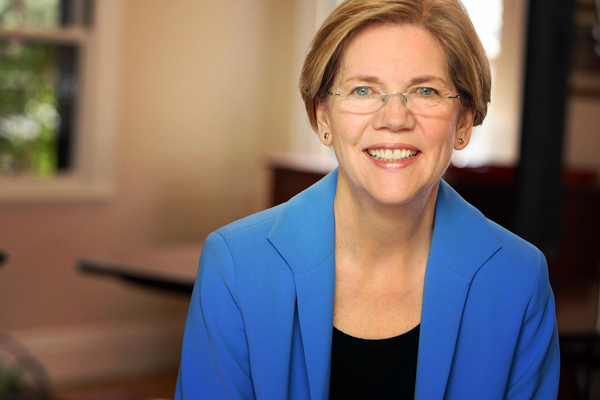 One of the supposed selling points of the House GOP’s “Better Way” tax plan is that it will make the tax system so simple that you could do your taxes on a postcard. The reality, however, is that their promised postcard is a deception that would require numerous additional pages of worksheets to fill out. A better solution to making tax preparation simpler is called “return-free filing.” It does not just reduce your work to filling out a postcard, it could eliminate it altogether.

Under a typical version of a return-free filing system, the Internal Revenue Service (IRS) would send each taxpayer their own tax return, already filled out and with their taxes owed calculated. The taxpayer could either approve it or choose to fill out their own return.

Even with our complicated system of tax breaks, experts estimate that as many as 54 percent of taxpayers would no longer need to go through the trouble of filling out their own tax return under a return-free filing system. According to one estimate, moving to this system could save Americans over $2 billion in tax preparation costs and 225 million hours in tax prep time each year. If lawmakers engage in a much-needed cleaning up of the tax code, the number of taxpayers who could use return-free filing could expand even further.

The possibility of implementing a return-free tax system is more than theoretical. Thirty-six countries like Germany, Japan and the United Kingdom already use a return-free filing system. In fact, you do not have to look any further than California, which uses this approach in its ReadyReturn program. According to a study of ReadyReturn (subscription required), participants in the program spent about 80 percent less time filing and had an error rate of a tenth of the level of comparable taxpayers.

While return-free filing gets accolades from across the political spectrum, it has some powerful opponents thwarting its implementation in the U.S. An exceptional article from ProPublica explains that the most prominent opponents of this system are tax preparation companies like H&R Block and Intuit (the maker of TurboTax), which stand to lose a lot of money if taxpayers no longer need help preparing tax returns. These companies have spent tens of millions year after year lobbying Congress to ignore the benefits to taxpayers of return-free filing.

In addition, anti-tax groups like Americans for Tax Reform and the National Taxpayers Union have opposed return-free proposals because they believe that the difficulty of tax preparation helps make raising taxes politically more difficult. The irony is that these same groups often lament the complexity of tax preparation, even as they oppose one of the best ways to achieve simplification.

These groups have also been successful at blocking return-free filing programs at the state level. In California, the ReadyReturn pilot program received incredible reviews, with 98 percent of the participants saying that they were satisfied or very satisfied with it. Given its success, proponents of the program attempted to move legislation to expand the program more widely across California. These efforts quickly ran into the hard and monied opposition of Intuit, which spent millions lobbying against the measure. Even the heroic efforts of its advocates could not overcome the firepower of the tax preparation industry, so legislation to expand ReadyReturn fell a few votes short of passage. The ReadyReturn program has now been folded into the state’s free electronic tax filing system.

In the face of this opposition, some members of Congress are still fighting for legislation to implement a return-free federal filing system. Massachusetts Senator Elizabeth Warren, along with 10 co-sponsors, introduced the Tax Filing Simplification Act of 2017 earlier this year. Sen. Warren’s bill would allow eligible taxpayers to elect to have their tax return prepared for them by the IRS and require that the Treasury Department submit a report to Congress with recommendations on how the program could be expanded to a wider population. For those who would not be immediately eligible for the return-free option, Sen. Warren’s bill would still be extremely valuable in that it would also require the development of a free tax preparation software that would allow individuals to automatically import their income tax information reported to the IRS through third parties into the software.

If lawmakers want to truly simplify taxes, they should throw out their gimmicky postcards and embrace return-free filing proposals.