Real tax reform would mean raising more revenue to make public investments and increasing the progressivity of the tax code. Many conservatives strongly disagree with this and insist that a substantial tax cut for the wealthiest Americans will grow the economy.

Rather than engage in this policy debate based on policy ideals and principles, President Trump, other White House officials and GOP leaders have peppered their sales pitch for tax cuts with false claims about the amount of taxes that Americans pay and the effect the current GOP tax proposal would have on the tax system.

Exhibit A: Trump has repeatedly claimed that the United States is the world’s highest taxed country. On Tuesday, when a reporter asked why he continues to repeat the claim despite it having been debunked as false numerous times, Trump said that the U.S. is the highest taxed developed country and “a lot of people agree that the way I am saying is exactly correct.” These “lots” haven’t stepped up to verify his claims. Perhaps because cross-country comparisons show that the U.S. is one of the least taxed developed countries.

Trump has noted that the United States has the highest business tax rates in the world. It is true that the United States has the highest statutory corporate rate, but due to copious loopholes, the average effective rate paid by profitable corporations is just below average (21.2 percent) compared to other developed countries. And many major companies, like General Electric, Priceline and Ryder System, paid nothing in taxes overall from 2008 to 2015.

In recent months, Trump has claimed rich people will not benefit from his tax plan. A preliminary distributional analysis by the Institute on Taxation and Economic Policy (ITEP) found that over two-thirds of the tax breaks in the plan would go to the top 1 percent of taxpayers, with taxpayers making over $1 million getting an average annual tax cut of $138,100.

It’s not hard to see why the plan generates such a large break for the rich given provisions like its elimination of the estate tax, a massive reduction in the corporate tax rate, and the elimination of the alternative minimum tax, just to name a few.

Instead of drafting a plan that will specifically target middle-income taxpayers, the White House has instead attempted to portray top-heavy tax cuts as beneficial to the middle-class. One of the most egregious examples of this was last week when Trump claimed that his plan to eliminate the estate tax would benefit truckers. This claim is outrageous given that 99.8 percent of estates owe nothing in the estate tax and that an average trucker does not make anywhere close to enough money to accumulate more than the $5.5 million needed to owe even a penny in estate taxes.

If the White House wants to cut taxes mostly for corporations and the rich, then it should make the case for such a plan to the American people. What should not be allowed by the media, public, and lawmakers is for GOP leaders and the president to sidestep this important policy debate by making up “facts” about our tax system and their tax plan. 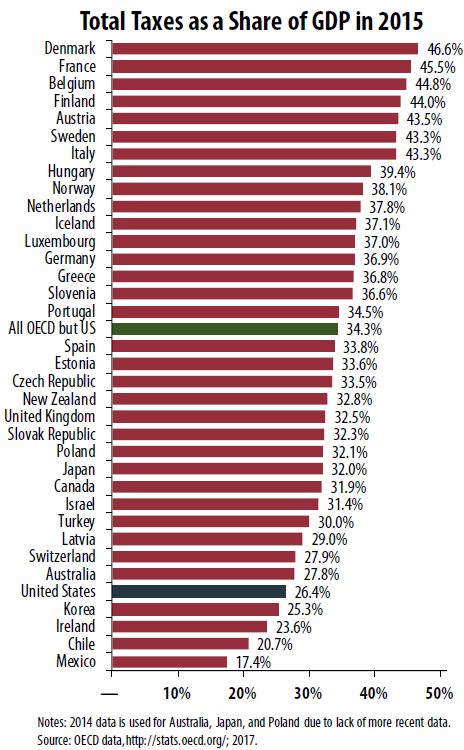