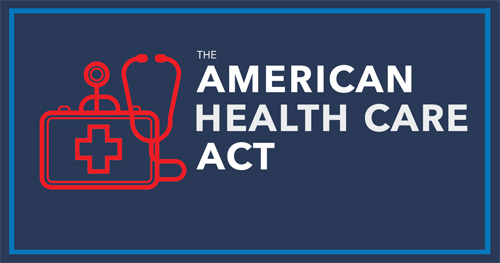 The bill passed by the House of Representatives last month to repeal the Affordable Care Act (ACA) is the most unpopular legislation in decades.

Lawmakers should reverse course and take the necessary time to put together legislation that would preserve or, better yet, improve access to health care. But this isn’t likely to happen because at its core, the American Health Care Act isn’t truly health care reform. It is tax cuts that disproportionately benefit the rich shrouded in legislative provisions that would weaken the existing health care law.

President Trump, who initially pushed hard to pass the plan, reversed course on Tuesday and called it “mean.” Given the plan would give a $661 billion tax cut to the wealthy while yanking health care away from 23 million people, a more accurate descriptor is mean and unfair.

Meanwhile, behind closed doors, a group of 13 GOP senators is shamefully putting together their own health plan, which the Senate may vote on by early July. As of this writing, these senators are attempting to secure a Congressional Budget Office (CBO) score with as little attention as possible. Asked why no text of the Senate version has been made public, a Republican staffer replied, “We aren’t stupid.” Loosely translated, this means senators know their bill is politically unpopular, yet they still intend to pass it.

The CBO’s assessment of the House version clearly showed that the bill is a package of tax breaks financed by cutting Medicaid for low-income people and by cutting health care subsidies that allow millions to purchase coverage on ACA exchanges.

The assessment found that the total resulting spending cut was a bit more than $1 trillion over 10 years while the total resulting revenue reduction was a bit under $1 trillion. Some of the revenue reduction comes from repeal of ACA’s coverage provisions. But CBO found that the non-coverage revenue changes, or tax cuts, would cost $661 billion over 10 years.

The $661 billion includes repeal of several different tax provisions, but there are two that stand out because they are the most significant ones affecting individuals. Together they affect just 3 percent of taxpayers, according to an ITEP analysis.

These provisions are the increase in the Medicare wage tax to 3.8 percent for high-earners and the similar 3.8 percent investment income tax created to ensure that people who live off investments contribute just like wage earners. Neither provision applies to any individual with an income of less than $200,000.

So 3 percent of the population would receive the lion’s share of tax cuts under the GOP health care bill while, according to CBO projections, 23 million people would be without coverage in the next decade. Also, premiums for older people would increase astronomically. The average single 64-year-old with an income of $26,500 could see her annual premium rise from $1,700 under current law to $16,100.

Unless the Senate bill is a radical departure from the House version, it, too, would leave millions of people without insurance while ensuring the rich pay less in taxes.

There is no justification for this, and there is no amount of spin that will make this health care legislation anything other than a tax cut for the rich at the expense of ordinary Americans’ wellbeing. It’s no wonder Senate Republicans are rushing their version of the bill to the finish line.

Lest anyone still have any doubt that the GOP health bill is a tax cut plan, it should be noted that if lawmakers successfully enact the $661 billion in tax cuts as part of this health care legislation, they would not have to include them in the tax overhaul they want to pursue next.

There has been much talk about how passing health care legislation would make it easier for Congress to then pass tax legislation. Much of this is convoluted talk about the revenue “baseline.”

GOP leadership claims that any tax cuts included in the tax overhaul would be offset by reducing loopholes and special breaks in the tax code. Of course, closing loopholes and special breaks in the tax code is a very painful process for some politicians. ACA repeal is a politically expedient way for them to finance tax cuts for the rich by cutting Medicaid and health insurance for people of modest means.  Similarly, so-called tax reform could turn into another round of tax cuts primarily benefitting the wealthiest Americans paid for by reducing funding for food assistance, affordable housing, children’s health insurance, and other key investments that provide economic opportunities to low- and moderate-income families.

Naturally, proponents do not explain it that way. Rep. Greg Walden, chairman of one of the relevant House committees, earlier this week said of the health care legislation, “Passage of this is worth a trillion dollars in tax reform” and without ACA repeal, “we won’t get it done this year and you’ll have a much smaller tax reform package.”

But we know that this is not about tax reform. It’s about tax cuts, and not tax cuts for people who would lose health coverage or see their premiums go up under the so-called American Health Care Act.