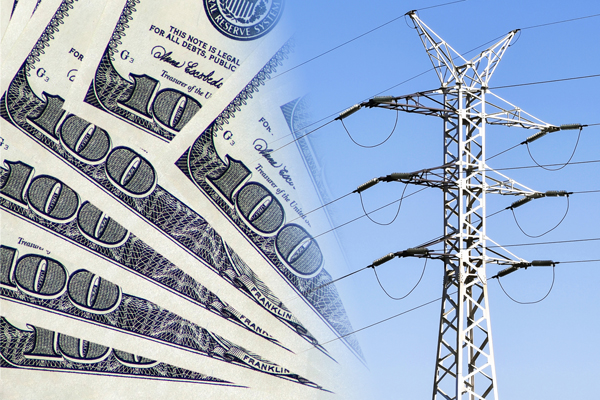 In the runup to last fall’s tax debate, it was commonly observed that corporate tax reform is both easy and hard: the easy part is cutting the rate, and the hard part is paying for it by closing loopholes. The real test of Congress’ determination to achieve tax reform would be whether they would stand up to corporate lobbyists and shut down loopholes like accelerated depreciation that allow profitable companies to pay little or no income tax. As is now widely known, Congress was not especially determined: lawmakers aggressively cut the corporate rate from 35 to 21 percent, but then expanded depreciation tax breaks instead of repealing them. This week the utility giant (and notable tax avoider) PG&E released its annual financial report assessing the short-term impact of the tax bill on its bottom line. The report shows that even after taking a short-term $147 million tax hit in 2017, the company still won’t pay a dime of current federal income taxes, on balance, on $2.1 billion of income overall.

There is, of course, little suspense about how PG&E and other corporations will be affected by the tax bill in the long run; the reduction of the corporate rate from 35 to 21 percent should dramatically reduce the company’s tax bill. But in 2017, there are two factors that could result in at least a short-term tax hike for any corporation: the deemed repatriation on offshore cash, and the downward revaluation of deferred tax assets (DTAs). The first is irrelevant to PG&E since the company has no meaningful offshore presence. PG&E’s bottom line was, however, affected by DTAs. This is because PG&E has stored up tax breaks in prior years that it hasn’t been able to use (likely because it had already zeroed out its federal income taxes in the nine previous years without breaking a sweat).

For companies that have squirreled away tax breaks in this way, cutting the corporate rate can have the counterintuitive effect of reducing reported earnings. This is because companies have been estimating the value of their future tax breaks based on the 35 percent rate that was in effect until the end of 2017. With the rate now down to 21 percent, all these unused tax breaks are worth 40 percent less, and companies must increase their deferred tax bill (and reduce their earnings) by the lost value of these unused breaks. That is the source of the $147 million tax hit PG&E is reporting in the current year for the tax bill’s effect.

But even in this transitional year, it turns out, PG&E still comes out ahead. 2017 now marks the tenth straight year in which the company reports a current federal income tax bill of zero or less despite being profitable in each year. The company’s $14.5 billion of income in the past decade has resulted in a net tax rebate of almost $1.7 billion. And because PG&E’s go-to tax break (accelerated depreciation) has been made even more generous going forward, the tax-avoiding prospects of PG&E appear brighter than ever.

A big driver in last year’s corporate tax debate was the accurate perception that the tax system gives a free ride to the biggest corporations with the most effective lobbyists, while sticking it to smaller businesses that don’t have the same lobbying muscle. It was reasonable to hope that tax reform could end this. But PG&E’s latest disclosure should be seen as an unwelcome reminder to main street businesses that the more things change, the more they stay the same.