The New Trend: Short-Sighted Tax Cuts for the Rich Will Not Grow State Economies 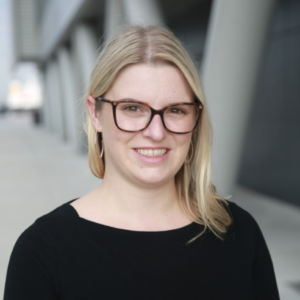 Most state budgets are flush with cash due to billions in federal aid and a rebounding economy, positioning state policymakers to make transformative investments in programs, e.g. healthcare, education and infrastructure, that will help communities rebound from the ongoing pandemic. Unfortunately, most state legislatures are instead opting for premature, myopic tax cuts that will inevitably widen racial inequities and erode public services that are still reeling from cuts due to the Great Recession.

Current state surpluses are deceptive and fleeting. Many states lowered revenue estimates at the beginning of the pandemic, making surpluses appear larger. States pushed back tax filing deadlines amid the chaos which, while helpful for some families, means the 2020 and 2021 tax returns of some households will be counted in the same year. State health department budgets are being propped up with higher match rates for Medicaid dollars. Stimulus payments and unemployment insurance boosts helped increase spending and, therefore, state sales tax collections.

Let’s not forget that the rich got exponentially richer over the course of the pandemic to the tune of $2.1 trillion (yes, with a T). The rich have amassed so much wealth since 2020 that yacht brokers are complaining to journalists that their inventory is being sold out years in advance and that they can’t meet the current demand. Tax cuts, especially tilted to the top, will not create an economy that works for all of us.

Most recently, Arkansas called a four-day special session in December to cut state income tax revenues by $500 million. It follows a long list of states that have already reduced state tax collections for the wealthy or corporations in 2021. Ohio’s governor signed a budget that included $1.6 billion in tax cuts,  $400 million of which is going to the state’s wealthiest residents thanks in part to eliminating the state’s top income tax bracket. Wisconsin cut the second-highest individual income tax bracket from 6.27 to 5.3 percent, primarily benefitting wealthy and white households who will see an average tax reduction of $377 as opposed to $157 for Black households. North Carolina will reduce its already regressive flat individual income tax from 5.25 percent to 3.99 percent and phase in elimination of corporate income taxes in the years ahead.

It’s no coincidence that large-scale tax cuts are being haphazardly pushed through state legislatures considering 84 percent of state legislative seats and 76 percent of gubernatorial seats are on the ballot this fall. Claiming that tax cuts will make state economies more competitive and will spur economic growth is an easy way to grab the attention of voters, but these claims are short-sighted and unfounded.

Legislators often claim that corporate income tax cuts will spur economic growth and boost the wages of workers, but researchers at the Tax Policy Center estimate that 40 percent of shares in American corporations belong to foreign investors and who receive 40 percent of the benefits of tax cuts. This percentage does not include C-suite executives and domestic shareholders who will also benefit from any tax cut before the average worker sees a pay increase. Claims of economic growth are also unfounded. States that cut taxes after the Great Recession often saw slower economic growth than the nation as a whole, while simultaneously worsening racial inequities. Meanwhile, the loss in state revenue can jeopardize a state’s ability to fund vital public services that any low- or middle-income household needs to thrive like K-12 schools, community colleges, public health services, broadband access, etc.

In Arkansas, the legislature undertook major reforms to their tax system, including dropping the top income tax rate from 5.9 percent to 4.9 percent on income over $37,200. Lawmakers also created a $60 non-refundable credit for low-income filers. While supporters of the tax bills claimed this credit ensured that both low and high-income Arkansans benefited from the tax changes, it is clear that wealthy Arkansans are the real winners. 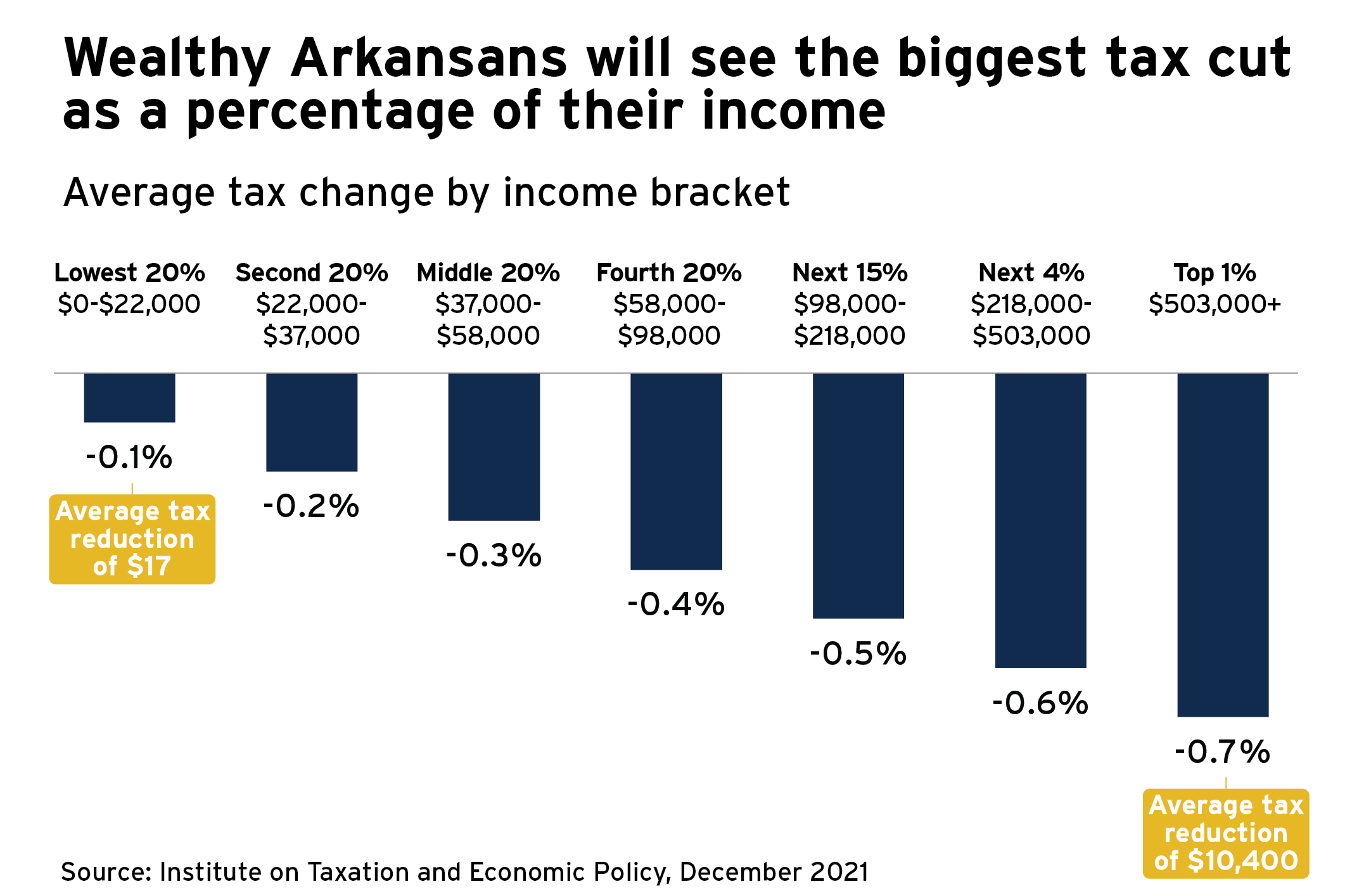 An Arkansan household in the bottom 20% of income earners – making less than $22,000 annually – will see a tax reduction of $17 on average which is just 0.1 percent of their total income. But a household in the top 1 percent – making over $500,000 a year – will experience a tax reduction of over $10,400 – 0.7% of their total income. In short, wealthy Arkansans will see a tax reduction of seven times more than the poorest Arkansans. Meanwhile, pre-k and infant childcare will remain underfunded, the Positive Youth Development afterschool program will continue to have no budget, thousands of Arkansans will remain on the disability waiver waitlist and the Arkansas tax system will become more regressive.

Adequate and progressive income tax revenue is vital to a sustainable state tax system and strong state finances that can fund services we all rely on year after year. But it is also vital to racial justice. When states like Iowa, Mississippi and Arkansas cut or eliminate state income taxes, white people benefit the most.

The same legislators who touted tax cuts for the rich as solution to our problems before the pandemic are also saying tax cuts for the rich are a solution during the pandemic. Tax cuts cannot be a solution to everything, especially at a time when the richest Americans are amassing more wealth than ever. Surges in state revenue are temporary, and unless Build Back Better passes, federal support will end in 2024. Prematurely pulling the trigger on state income tax cuts for the wealthy will not grow a state economy. It will only jeopardize a state’s ability to create thriving communities down the line.