The Pendulum Is Swinging Toward Tax Justice 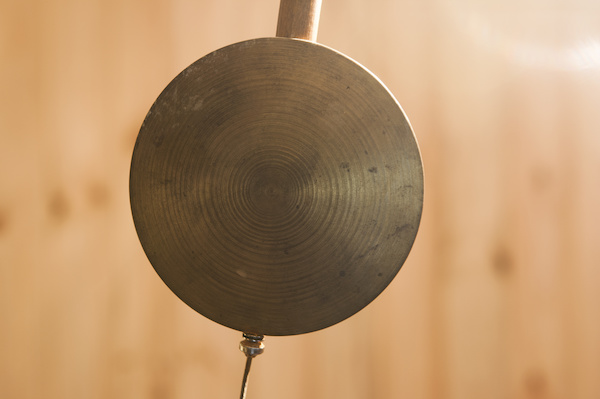 Following is an excerpt from a paper by Jenice R. Robinson and Kamolika Das published by Tax Analysts on Oct. 11, 2021. The article reflects on how tax policy discourse over the last four decades has boiled down to debates over the role of government–how and for whom it should work. The paper concludes:

During his inaugural address in January 1981, President Reagan marveled that the nation had sustained peaceful government transitions for the previous two centuries. His speech acknowledged families’ economic pain and confidently identified the problem as “big government with too much power that was working for an elite few, not ordinary hardworking people.” To correct this, he said, more taxpayer dollars should be returned to the people. He became an icon for the anti-government movement.

Forty years later, as Congress prepared to certify President Biden’s election, a mob ransacked the Capitol because they disagreed with the election outcome. They professed belief in what’s been dubbed the Big Lie — a conspiracy theory that claims fraud deprived former President Trump of a second term. Notably, the alleged fraud occurred in large cities such as Atlanta, Detroit, Philadelphia, and Phoenix where Black and brown voters helped deliver Biden’s win. That the rioters and their allies continue their rhetorical assault on our nation’s institutions is an outgrowth of the anti-government movement’s narrow, exclusionary vision of the nation’s democracy.

Post-Reconstruction, as Williamson wrote, the wealthy elite needed poor farmers on their side to secure a critical mass of support for lower taxes. One way they did so was by dehumanizing Black people and promoting the spurious idea of white supremacy. The great tax revolt and ensuing anti-government movement at the state and federal levels, too, often relied on malicious imagery and dog whistles that define those with rights to full democratic participation as white, wealthy, or both. The movement also relied on the fable that tax dollars support undeserving others.

California’s Proposition 13’s success was attributable in part to legitimate concern over rapidly increasing property taxes, but its proponents harnessed that outrage to propagate distrust in government in service of an anti-tax agenda. A network of well-funded groups worked to reduce state taxes, particularly more progressive income and estate taxes. Today, all but five states tax their lowest-income residents at higher rates than the top 1 percent. And some communities have increasingly turned to fines and fees to subsidize their revenue. Government opponents conveniently ignore what tax dollars fund—roads and bridges, K-12 schools and higher-learning institutions, medical research, national defense, and much more. Instead, they cast rich people as benevolent jobs creators without acknowledging publicly funded systems that make great wealth and prosperous businesses possible.

Anti-government policies have made our society less equal. A 2020 study by the RAND Corporation uses income growth from 1945 to 1974 as a baseline to determine where we’d be today if growth had stayed on that trajectory. The study concluded that about $50 trillion in wealth, or an average of $2.5 trillion a year, was transferred from the bottom 90 percent to the top 1 percent over the last 40 years, costing median full-time workers about $42,000 a year. This isn’t an accident. Whether through legislative action or judicial decision, the United States has created a political and social infrastructure that allows wealth to concentrate at the top. In the meantime, most private-sector workers are not covered by collective bargaining agreements, and gig economy jobs provide no benefits and no worker protections, leaving workers with stagnating wages and less power today than 40 years ago.

All of this is the direct result of policies and practices that prioritize shareholder value over worker well-being. It’s no wonder that President Biden’s proposals to invest in communities and increase taxes on corporations and households earning more than $400,000 per year are popular with the public across party lines.

The pendulum is swinging toward tax justice, but it faces formidable inertia. Eighteen states have enacted measures this year to impede access to the ballot box, and more states may follow suit, according to the Brennan Center for Justice. This is a clear backlash to the election outcome and what it represented: a diverse political alliance that included historically marginalized communities, rejected politics of exclusion, and demonstrated that democracy can work when we’re all empowered to participate.

The angry mob that ransacked the Capitol and their apologists and state lawmakers who insist that they want fair elections while creating voting hurdles are two sides of the same coin. Their point of view — that some voters matter more than others — is the embodiment of the strategy that wealthy power brokers and their allies have used for decades to secure power and ram through tax cuts and other anti-government policies without regard for most of the public. This strategy feeds off cynicism and hate and stokes distrust in our government and institutions. But the broader public is rejecting these ideals and all that they represent.

Tax justice is deeply connected to the movements for equality and racial justice. Progressive tax policy can ensure more of us share in the prosperous economy that our collective tax dollars make possible. It can mitigate economic disparities by class and race. And it can make sure the government has the resources it needs to function for all of us.