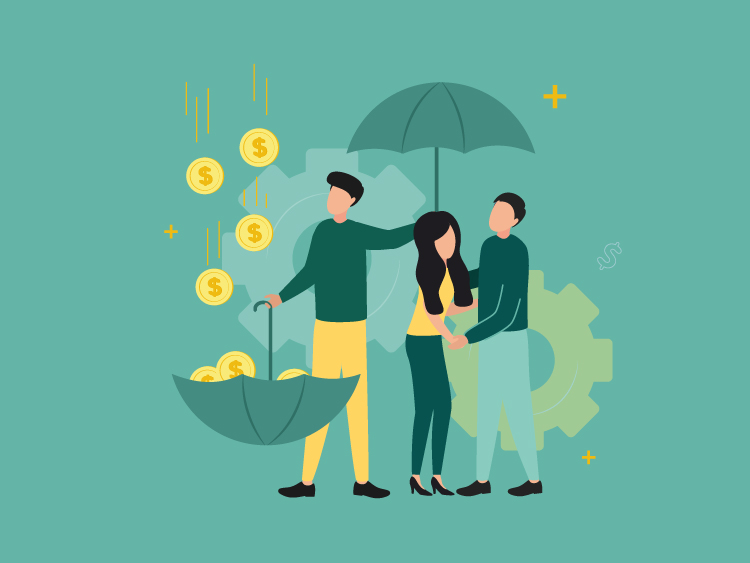 But examples, historical and current day, reveal that getting rid of income taxes is not a ticket to boosting states’ economies or improving tax equity and sustainability. Recent proposals in both Mississippi and West Virginia seek to pare back, and ultimately eliminate, each state’s income tax while shifting the responsibility of funding services even more onto low- and middle-income taxpayers through increased consumption taxes. The states are moving forward with this tax experiment even though a similar experiment notoriously and immediately sent Kansas into a financial tailspin. The state is a real-life example, or “experiment,” in this regard, having tried a similar strategy with a result so disastrous that it garnered national attention.

After forcing through massive tax cuts for the rich in 2012 and 2013, Kansas saw its education system suffer, its credit rating repeatedly downgraded, and its economy grow more slowly than either the national average or most of its neighboring states. Eventually, lawmakers could no longer ignore the failure of the tax cuts, and in 2017 they ended most of them over then Gov. Sam Brownback’s veto. Now, inexplicably, many lawmakers in Mississippi and West Virginia are eager to give this failed experiment another go.

The narrative that states cannot succeed unless they levy very low taxes, specifically low- to nonexistent income taxes, is not new. Too often, special interests help guide tax policy decisions with erroneous narratives that claim low taxes are tantamount to a thriving economy. This misguided message is being promoted loudly in this moment by ideological conservatives and wealthy individuals who have a lot to gain from a tax policy change that would fuel even more rapid accumulation of wealth at the top.

The truth is that over the past decade, states with the highest top marginal income tax rates saw their economies grow slightly faster, on average, than the states without income taxes.

Fostering meaningful and shared prosperity requires levying fair taxes that do not let the rich get by without paying their share, and that raise enough money to allow states to invest in thriving communities that benefit everyone, including people of color confronting harsh economic realities shaped by decades of racism and discrimination. The proposals under consideration in Mississippi and West Virginia would shift state taxes away from the wealthy onto low- and middle-income households, further exacerbating each state’s upside-down tax systems and straining resources available for already underfunded priorities.

Mississippi’s legislatively driven tax proposal would phase out the state’s income tax by exempting a growing amount of income over time, increasing the sales tax on most items from 7 to 9.5 percent while reducing the sales tax on groceries to 3.5 percent, and increasing the tax on other items including tobacco, alcohol, farm implements and manufacturing equipment. The proposal gained enough support to pass the state House a mere day after it was introduced, despite no official scoring of how the tax changes would impact state revenues let alone taxpayers.

While proponents of the bill have cherry-picked taxpayer examples that help support their narrative, the overall, fully phased-in impact of the proposal would increase the taxes paid by the average taxpayer in the bottom 60 percent (making less than $49,000 a year). By comparison, the richest top 1 percent of taxpayers in the state (making more than $388,000 a year) would see a 3.1 percent tax cut as a share of their income, an average windfall of $28,700 per household. The proposal, a clear boon for the state’s wealthiest taxpayers, shifts Mississippi’s already inequitable tax system into even more inequitable territory, asking the state’s poorest and elderly residents to pay more. The proposal would also undeniably result in revenue loss over time, threatening resource availability for key investments and vital services.

The state Senate is now considering the proposal. Meanwhile, Gov. Tate Reeves prefers a plan that would eliminate the state’s income tax without raising any offsetting tax revenue to help bring down the enormous price tag of such a move. And yet, despite differing opinions on the best approach neither option is good for the state. HB 1439 is a massive giveaway to the state’s richest taxpayers that shifts much of the responsibility of funding government onto low-income Mississippians. And the inevitable revenue loss over time is likely to result in major cuts to key investments in the state.

Despite including a sales tax rebate for households with income under $35,000 to blunt some of the regressive effects of slashing the income tax, the overall impact would be a tax shift that asks more of low- and middle-income West Virginians. Much like in Mississippi, an average taxpayer in the bottom 60 percent (making less than $55,000 a year) would face a tax increase, while the average taxpayer in the top 40 percent would receive a net tax cut. The richest top 1 percent of taxpayers in the state (making more than $413,000 a year) would see an average tax cut of roughly $7,700. And that is before full income tax elimination. If the state’s income tax were to be fully eliminated, those in the top 1 percent would enjoy an average windfall exceeding $34,000.

Tax Equity and Revenue Adequacy a Concern Under Both Proposals

While these tax proposals differ, there are many similarities. Most notably, they share the end goal of full income tax elimination and a dramatic shift toward a heavy reliance on sales and excise taxes. Ultimately, these plans would move Mississippi and West Virginia’s tax systems even further away from being based on their residents’ actual ability to afford those taxes. Choosing to fund government largely through sales and other consumption taxes affects low- and moderate-income families most since they must spend a larger share of their earnings on items subject to the sales tax.

Further, while some sponsors and proponents of these proposals hold up revenue neutrality as an intended goal, there is little indication that they can achieve that end, particularly over the long run.

The reality is that the wages of our nation’s highest-income families have skyrocketed over the past few decades while the share of wages flowing to the bottom 90 percent has shrunk. The COVID-19 pandemic has exacerbated this trend, with high-income earners able to weather the recession relatively unphased and low-income folks, including many Black and brown families, facing extraordinarily high rates of job loss.

Building a state’s entire tax system around taxing the families whose incomes are growing slowest is not a recipe for fiscal sustainability and will hamper the deep investments in education, infrastructure, health, and other areas that are vital to broadly shared economic prosperity.