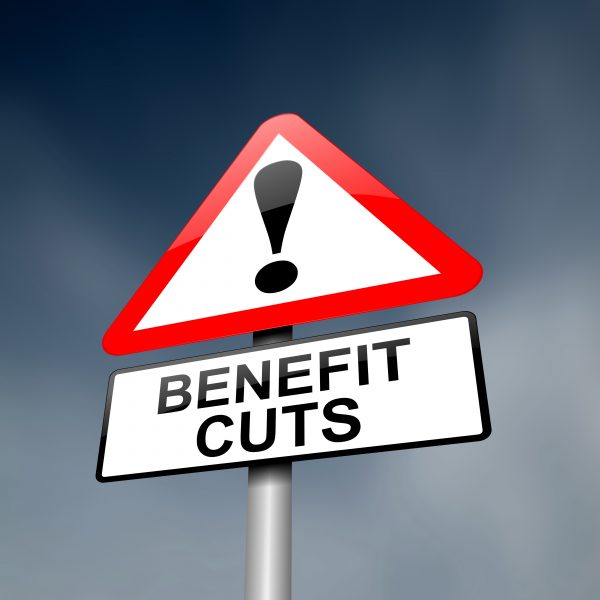 By Misha Hill and Jenice Robinson

In 2017, the Trump Administration released a budget proposal filled with loaded language about “welfare reform” and moving able-bodied people from welfare to work. This narrative is designed to perpetuate the pernicious idea that poor people have personal shortcomings and are taking something that rightly belongs to others.

The notion that poor people must prove they are deserving by jumping through bureaucratic hoops to obtain basic assistance like food and shelter comes from the same warped ideological space that reasons tax cuts for the rich and corporations are a boon to the middle class. Corporations didn’t have to prove they were deserving of the billions in tax cuts they just received, including the 15 that didn’t even pay income taxes in 2017 in the first place. The wealthiest have never proven that top-heavy tax cuts trickle down to middle- and low-income people.

But we are in an environment in which some policy makers believe the wealthy need more and poor people have too much.

So it was no surprise when, on Wednesday, HUD Secretary Ben “Poverty-Is-A-State-Of-Mind” Carson announced a proposal to increase rents for families who rely on federal housing assistance to keep a roof over their heads. Under his plan, rent for those receiving vouchers would increase to 35 percent of their income from 30 percent. And rents for some in public housing could triple. In a conference call with reporters, Carson said the current system, “is convoluted and creates perverse consequences, such as discouraging these families from earning more money.”

Last week, House Agriculture Chairman Mike Conaway proposed a farm bill that would significantly restrict eligibility and cut benefits for millions of SNAP (formerly food stamps) recipients. The bill, which has been touted by Speaker Paul Ryan as the “final installment” of the GOP agenda, includes strict work requirements that would end meager but essential food assistance for adults who are unable to work 20 hours per week. Requiring people receiving government assistance to work more without concurrently providing education or training opportunities often keeps people poor,  according to a review of cash assistance programs with work requirements .

The idea that poverty is enjoyable and people decide to stay poor because they have comforts such as a roof over their head and food on the table is a hackneyed trope invented to reduce public support for critical public programs and services. Carson’s increased-rent scheme and the congressional proposal to curb access to food assistance are the latest in a long string of remarks, speeches and proposals that reveal the Trump Administration and its congressional allies’ contempt for poor and working people, and their desire to dismantle the nation’s social safety net while redistributing wealth to the already rich via the nation’s tax code.

Simply declaring poor people need to try harder to stop being poor is deeply flawed reasoning. For households receiving federal housing subsidies, 89 percent include children or disabled people, according to a report from the Center on Budget and Policy Priorities (CBPP). And 75 percent of non-elderly, non-disabled households receiving rental assistance are working, were recently working or are already subject to work requirements. Another analysis from CBPP of SNAP participants found that 66 percent of participants are children, elderly, or disabled people, and 75 percent of non-elderly, non-disabled adults are or were recently working.

SNAP benefits average $1.40 per person per meal, and at the same time 41 million Americans struggle with hunger. Federal subsidies for housing are hard to come by. Only 23 percent of people who are eligible for federal housing assistance are receiving it. Meanwhile, America’s rental and affordable housing crisis is getting worse, with more than half of very low-income people paying half or more of their monthly income in rent or living in substandard housing.

Disparaging and stereotyping people who are poor will not eliminate poverty. Cutting off people’s food assistance when their hours are cut won’t create a job that offers more hours. And assuming poor people don’t already work hard and, thus, demanding that they work harder to scrape together more money for rent is not going to fix the housing crisis.

Carson didn’t talk about homelessness or housing affordability in making his radical announcement. And Rep. Conaway’s proposal doesn’t acknowledge that many working SNAP recipients face varying work schedules that can put them at risk of falling below the 20-hour minimum. Doing so would have been an admission that millions of families, most of them working, struggle to make ends meet and have been left behind in our current economy that’s been rigged to reward wealth above anything else.