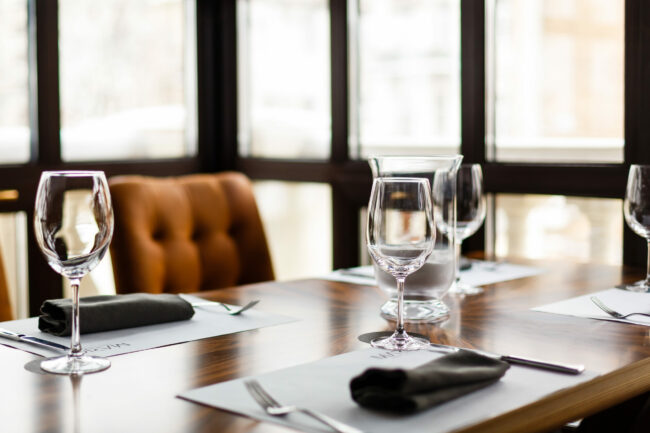 Let’s start with a basic point: there already is a deduction for business meals (as distinguishable from business entertainment). The deduction works, today, the way it’s worked for the past 25 years. Before the 1986 tax reform, corporations could generally deduct 100 percent of the cost of business meals. The ’86 Act made meals “only” 80 percent deductible. Then in 1993, Congress sensibly cut the deductible part to 50 percent, which means that for the past quarter-century, basic business meals have always been half deductible. The Trump tax cuts did not meaningfully change this.

What has changed recently—because of Trump’s own 2017 tax bill—is that the “meals and entertainment” deduction became just the “meals deduction.” In general, starting in 2018, corporations can no longer write off 50 percent of the cost of business entertainment expenses. To give a concrete example, if FedEx’s CEO took a bunch of people to FedEx’s second-row Diamond Club seats behind home plate at Nationals Stadium, that used to be a deductible business expense, and now it’s not. (Even now, by the way, if FedEx separates its spending on food for the folks in those seats, that spending is still deductible, thanks to a generous regulatory interpretation by the Treasury Department last year.)

History aside, the current plight of the restaurant industry matters a lot. We all have favorite restaurants that are shuttered right now. Their owners are hanging on by their fingertips, hoping that whenever the current health crisis ends, they can bring their staff back and start serving meals. But Trump’s proposal will not save them. There is precisely zero evidence that bringing back the entertainment deduction or increasing the meals deduction beyond the level it’s been at for the past quarter-century, would be helpful in encouraging the restaurant sector even during normal economic times. And these are not normal economic times: The doubly unprecedented wave of unemployment claims over the past two weeks is a stark reminder that many Americans simply don’t have the wherewithal to eat out at neighborhood restaurants, let alone sample Wolfgang Puck’s latest fare.

But this raises a mystery: if it’s not about meals, why are Wolfgang Puck and his celebrity chef pals lobbying Trump to bring back the meals deduction, as Trump claims? The answer appears to be that the meals deduction is not Puck et al.‘s main ask. Puck was a guest on Tucker Carlson’s Fox News show within hours of his conversation with President Trump, and in a five-minute conversation never mentioned the tax deduction. And when an industry paper covered Puck’s lobbying call to Trump, tax issues again weren’t mentioned. In both cases, the coverage focused on Puck’s goal as getting “business interruption coverage” from insurers. The group of restaurateurs Puck is representing in this lobbying effort calls itself BIG, or “Business Interruption Group.”

But as the saying goes, when you’ve got a hammer, everything looks like a nail. And when you own a bunch of destination resorts that epitomize the gold-plated funhouse mirror version of “business entertainment,” as the president does, your understanding of the word “restaurant” might be distorted. So it’s not surprising that what Trump took away from his phone call with Puck was that he needed to get to work on expanding the meal deduction. Which, again, really means expanding the business entertainment deduction.

The real Puckian tragedy of the whole story is that because Trump’s 2017 tax cut dropped the corporate tax rate from 35 percent to 21 percent, all deductions are now worth 40 percent less than they used to be, and Trump is not about to walk that one back. So even if the entertainment deduction was moving corporate decisions before 2018, it’s far less likely to have such an effect if resuscitated under current tax rules.

Restaurant owners face an unprecedented problem: almost everywhere, they legally are not allowed to serve sit-down customers, and many Americans simply no longer have the disposable income to purchase their services. It’s vitally important that we give small business owners the tools they need to weather this crisis. But Trump’s “let them rent skyboxes” approach would do nothing to help those most desperately in need.