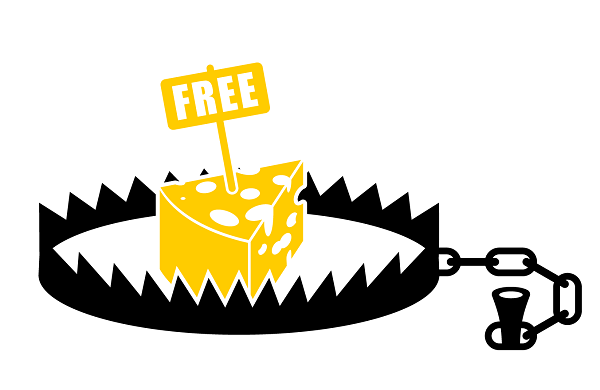 This is why we can’t have nice things.

Last month, the company Intuit announced that it is purchasing Credit Karma for $7.1 billion.

Intuit owns TurboTax, Quickbooks and other digital personal finance tools. For a fee of up to $135, consumers can use TurboTax to prepare and file their taxes online. It is Intuit’s chief moneymaker. So the company’s intent to scoop up Credit Karma, an online personal finance service that allows consumers to file their taxes for free, rightly has raised red flags for those who care about corporate accountability, consumer choice and protecting the public.

TurboTax and other online tax preparation companies rely on complicating tax filing and limiting competition as part of their business model. An explosive investigation published last year by ProPublica revealed that over two decades, the company used its corporate lobbying might to prevent the federal government from creating a free filing service for consumers, promising that, instead, it would make sure eligible consumers could use its services for free. The truth is, if the government provided free tax filing, it would cut into the profits TurboTax makes from people trying to follow the law and pay their taxes.

The company’s business and lobbying pursuits matter. Not only has TurboTax ensured that government makes it harder for consumers to file their taxes, it is directly profiting. For tax year 2018, TurboTax and other companies funneled 14 million taxpayers who were eligible to file their taxes for free to paid services and reaped at least $1 billion in profits from the practice. These companies take advantage of the lowest-income households. Those currently eligible to file taxes for free must have gross income of $69,000 or less.

A business practice that relies on deceptive marketing tactics to low- and modest-income individuals and families is nothing short of shameful. My colleague Steve Wamhoff wrote about Intuit and H&R Block’s unethical practices last year:

ProPublica found that Intuit (the maker of TurboTax) intentionally designed its websites so that people clicking on advertisements for “free” filing would land on a page where they are offered paid services. Then they found that Intuit and H&R Block coded their web pages for free filing so that they would not turn up in a Google search. Then they found an internal memo … stating that it was company policy to keep people from using free services.

TurboTax has repeatedly proven that it exists to maximize profits for shareholders, not provide free tax-filing services for lower-income families. Five years ago, the company, along with other tax preparation services, rightly came under fire for lobbying Congress to make claiming the Earned Income Tax Credit (EITC) more complicated. While the industry claimed it wanted to complicate EITC filing to “prevent fraud and abuse,” the real intent was to make more consumers rely on paid tax preparation services.

The company’s lobbying shenanigans and corporate practices highlight a broader problem with the longstanding push to privatize public services under the misguided premise that the private sector does things better. The private sector exists and operates to turn a profit. This is sometimes in direct conflict with the public interest, which is why it is often a mistake to rely on private businesses to deliver public services.

Tax collection is a critical area of contact between government and the people. We all want and expect each other to pay our fair share, but we want the process to be as painless as possible. Pressuring people to use private companies to fulfill their obligations to support the country, particularly when a company is a known bad actor like Intuit, is a recipe for sowing more distrust in our nation’s institutions.

Last year, senators introduced The Tax Filing Simplification Act of 2019, a measure that could make all of this go away. Among other things, it would require the IRS to offer a free online tool and allow it to prepare simple tax returns. Enacting such a measure, of course, would require lawmakers to agree that we must stop corporations from taking advantage of people to juice their profits, and we also must grow public trust in our institutions.