Under Pressure, Trump Organization Abandons Risky Sales Tax Avoidance Strategy in New York. Will It Face Penalties for Taxes it Did Not Collect? 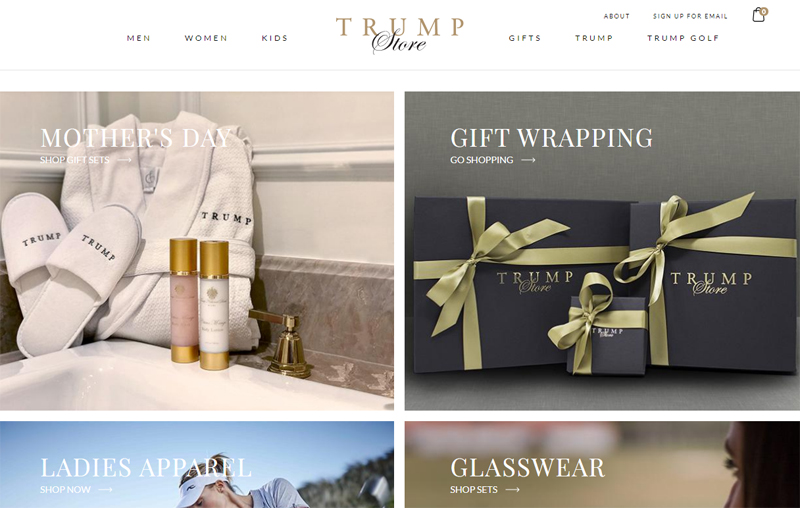 While President Trump was busy publicly shaming Amazon for failing to collect some state and local sales taxes, his own business’s online store was not only failing to collect the same taxes, but was arguably more aggressive than Amazon in refusing to do so. As of last month, TrumpStore.com was not even collecting sales tax in New York State despite having a “flagship retail store” inside Trump Tower, in Manhattan. As ITEP pointed out at that time: “It seems likely that the presence of a New York location should be enough to put TrumpStore.com within reach of New York’s sales tax collection laws.”

The Trump Organization now appears to agree with this assessment. Just weeks after questions about the company’s non-collection were raised by the Wall Street Journal, Washington Post, CNBC, and other outlets, the Trump Organization quietly updated TrumpStore.com’s sales tax information page this week to indicate that the company will now collect sales tax in New York. It is unclear why the company was refusing to collect the tax as recently as last week. But the sudden change in course raises questions about whether the company was legally required to collect the tax all along, and whether it will face penalties and back taxes for failing to do so earlier.

ITEP explained last month that the legal strategy known as “entity isolation,” which was previously used by Amazon and likely copied by the Trump Organization, is legally fraught. While New York was the most likely place for this strategy to fail, it may not be the only state where the Trump Organization runs into problems. The company also has a presence in numerous other states with its hotels and golf courses. And some of the same merchandise found on TrumpStore.com can also be purchased at those physical locations, suggesting that the businesses are somewhat intermingled.

Either the Supreme Court or Congress will need to act before states and localities will be given broad authority to require all e-retailers to collect sales tax. But until that happens, states will continue chipping away at the problem of non-collecting retailers however they can, and New York appears to have had a bit of success on this front in the context of TrumpStore.com.