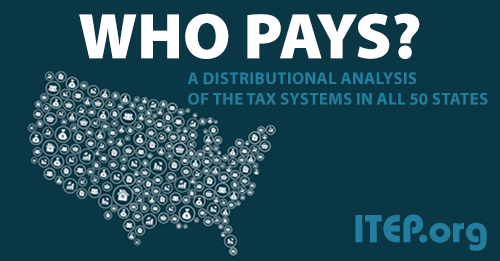 The latest edition of ITEP’s Who Pays? A Distributional Analysis of the Tax Systems in All 50 States details how most state and local tax structures contribute to income and wealth inequality by asking low- and moderate-income residents to pay a significantly higher effective tax rate than the wealthy.

Nationwide, the lowest-income households contribute, on average, 11 percent of their income in state and local taxes while the top 1 percent of households contribute just 7 percent of their income—that’s a tax rate that is 50 percent higher for families working hard to make ends meet than for the wealthiest 1 percent. The tax systems of 45 states widen the income gap between their most affluent residents and lower- and middle-income families. State and local tax systems also worsen existing racial disparities.

This means that regressive state and local tax codes are worsening both income inequalities and widening racial income and wealth gaps by requiring communities of color to contribute a larger share of their income in taxes. 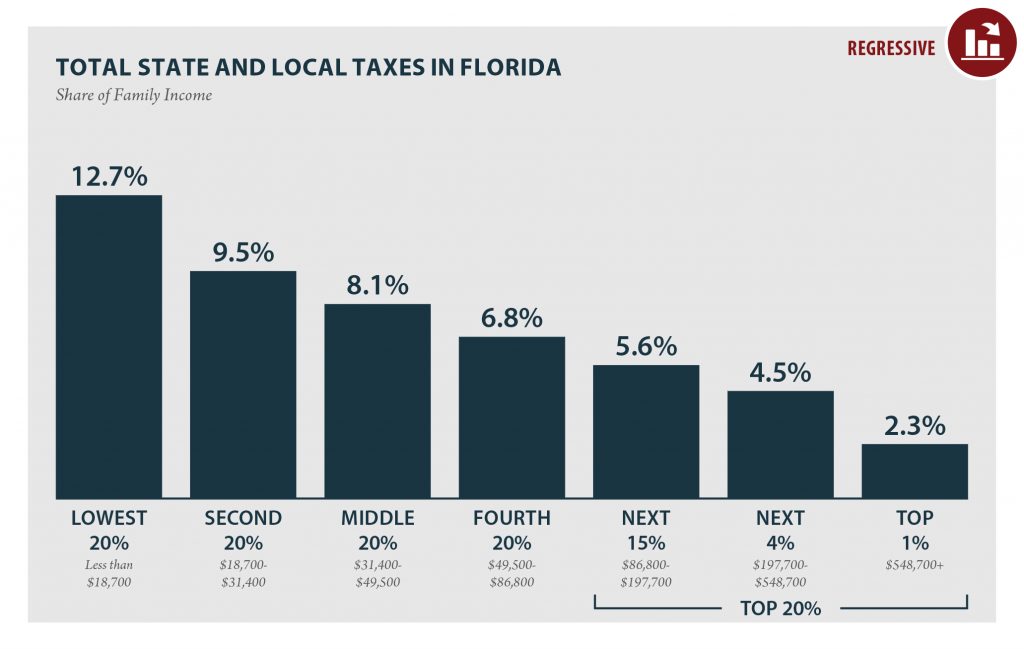 In California, while the effect of the racial income gap is still evident (white households are nine times more likely than Black households and seven times more likely than Latinx households to be among the wealthiest 1 percent of taxpayers) the state’s more progressive tax code does less to worsen existing inequities. In California, the lowest-earning quintile, whose average income is about $14,300, contribute 10.5 percent of their income in state and local taxes while the wealthiest 1 percent contribute 12.4 percent of their income. 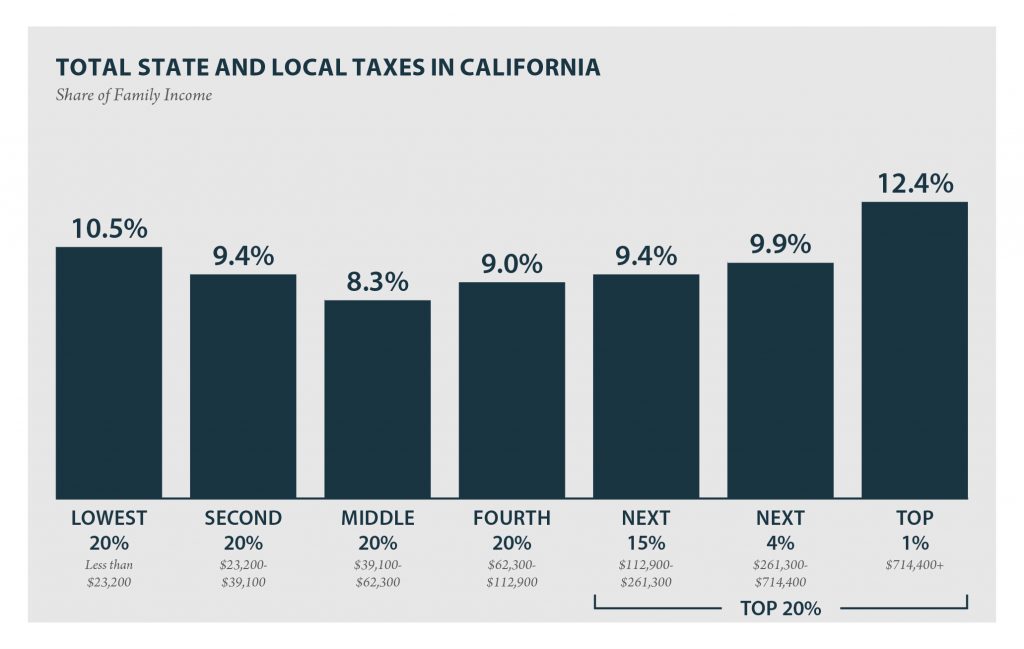 State tax codes can address income inequality and modestly remedy some of the economic inequities caused by a long history of social and economic policies that advantaged white communities and disadvantaged communities of color. But tax policy can only address a modicum of these broader social issues. Still, policymakers and citizens should work toward a system of taxation that does not worsen racial disparities.