Which Workers Wouldn’t Be Helped by a Payroll Tax Cut?

As my colleague, Steve Wamhoff, pointed out earlier this week, a proposal from the Trump administration to cut payroll taxes in response to the economic crisis makes little sense as job losses climb.

New data released today estimates 20.5 million jobs were lost in the month of April alone. Workers not currently receiving paychecks would be left out of any benefits provided by a payroll tax cut.

Many media outlets will be drawn to report first on the incredible spike in the unemployment rate—which has reached 14.7%, the highest level since the Great Depression. There are a number of reasons to be cautious about taking this preliminary estimate at face value, especially during these extraordinary times. Nonetheless, this much-scrutinized indicator sheds light on the realities facing workers today. As is historically true, conditions in the labor market are significantly worse for Black and Hispanic workers relative to other racial and ethnic groups. While the unemployment rate for white workers climbed dramatically to 14.2%, these preliminary estimates suggest that Black and Hispanic workers are experiencing unemployment rates of 16.7% and 18.9%, respectively. 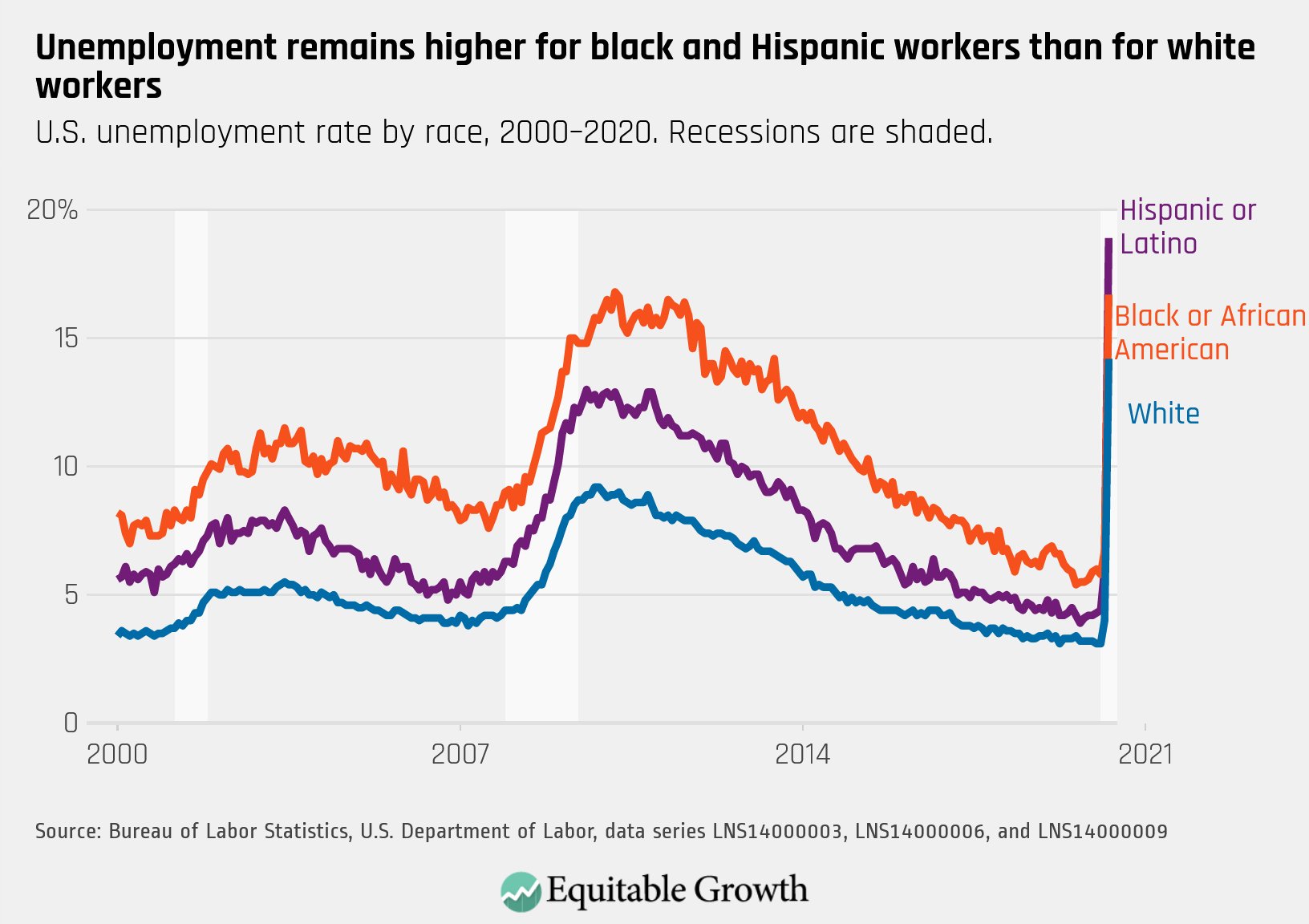 While the unemployment rate is based on surveys of households, establishments are surveyed to tally the total jobs in the economy, which can serve as a similarly helpful metric for assessing economic damage. The leisure and hospitality sector had been predicted to bear the brunt of Coronavirus-related shutdowns, but the table below shows that a range of industries have lost a staggering number of jobs. The industries most harmed appear to be private service-providing sector (16.5% reduction in jobs), other services (22.0% reduction in jobs), and leisure and hospitality (48.3% reduction in jobs). Workers in these industries already have lower than average wages. For lower-income workers who were already stretching their budgets to make ends meet, this crisis could be disastrous. One crucial lifeline for these workers was the unemployment insurance enhancement enacted as a part of stimulus legislation passed this spring. Unfortunately, those benefits expire at the end of July and many workers have been unable to get these benefits, due to overwhelmed systems and some intentionally exclusive practices.

Given that Black and Hispanic workers are more likely to be unemployed, due to long-standing inequities, they would be disproportionately left out of the benefits of a payroll tax cut, or any employment-contingent relief proposal. Similarly, some of the industries that pay their workers the least are shedding the most jobs. Proposals providing relief contingent on employment further tilts the scales against workers who are disproportionately unemployed.

Taken in isolation, the above data points paint a dire picture of the current economy. In such a situation, policies that lay the groundwork for inclusive growth will be crucial in minimizing economic damage. The tax system can act as one of several available tools for channeling relief. Unfortunately, a payroll tax cut would exploit that efficiency to redirect relief away from some who need it most. The Trump administration’s proposed payroll tax cut would provide less to workers who earn less and would provide nothing at all to those who lost any of the 21.1 million jobs that the economy has shed since the beginning of the year.

Lorena Roque contributed to this report.