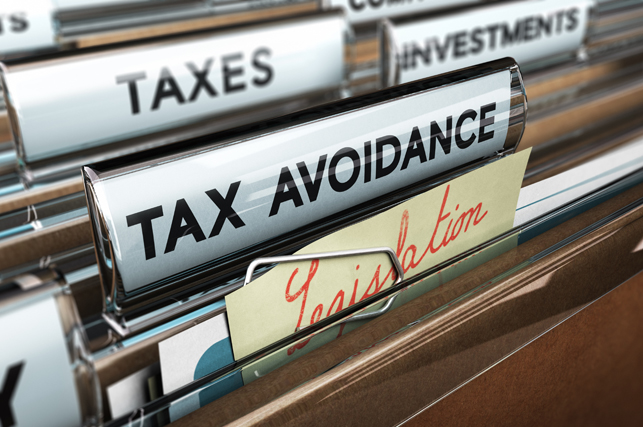 This week, ITEP released a report showing that profitable Fortune 500 corporations paid, as a group, an effective tax rate of 11.3 percent in 2018. This is a bit more than half the statutory rate of 21 percent set by the Trump-GOP tax law. Of the group, 91 companies paid no federal tax at all on 2018 U.S. income. Corporate tax avoidance boosts these companies’ bottom lines, and this benefits the owners of corporate stocks, which are mostly concentrated in the hands of the well-off. The cost of corporate tax dodging is borne by everyone, in several different ways.

The U.S. Government Loses Revenue and the Public Bears the Burden

The ITEP report estimates that the federal government lost approximately $73.9 billion in potential revenue in 2018 alone due to tax breaks allowing corporations to pay less than the statutory rate of 21 percent. The cost falls on individuals and families, including low- and moderate-income families, who must pay in the form of reduced public services or higher taxes to make up for lost revenue. The estimated $73.9 billion in corporate tax breaks is especially stunning given that the Trump administration recently limited social safety net programs, cutting SNAP benefits for close to 700,000 households. Apparently, the administration is very concerned about government assistance to low-income households, but not at all concerned about government assistance to some of the country’s most profitable corporations.

The report also finds that tax breaks are highly concentrated among a few corporations, with just 25 companies claiming roughly half the tax breaks ($37.1 billion) in 2018. The companies receiving tax breaks have an advantage over others not because they are more innovative or have employees who work harder but simply because they are better able to take advantage of government largesse provided through the tax code. For example, in the pharmaceutical industry, Eli Lilly paid an effective corporate tax rate of negative 9.1 percent, while Stryker paid an effective corporate tax rate of more than 25 percent. There is no clear rationale for public policy to favor one company over the other, but that is what our tax code does.

It is strange that supporters of the 2017 Trump tax cut, which solved none of the problems in the corporate tax code, claim to favor free-market economics. The corporate tax breaks policymakers left in place, and, in some cases, expanded, are likely to distort the market. For example, if the tax law’s new expensing provision really does encourage companies to purchase equipment as proponents claim, the result is that companies purchase more equipment than they would if they were responding entirely to market forces alone. Companies that purchase more equipment are favored over those that only purchase what they would absent tax considerations. It could be more optimal for some companies to, perhaps, hire more workers rather than obtain more machinery, but the tax code distorts their decision-making. According to the logic of the market, this interference in business decisions results in an economy that produces less and grows less than it would without this interference.

Large majorities of Americans consistently tell pollsters that they believe corporations should pay more in taxes. A Pew poll finds that survey respondents say their biggest frustration with the tax system is the sense that corporations do not pay their fair share, and in fact, this is a much more common concern than the amount of taxes that the respondents themselves pay.

The intuition among many Americans that the system favors powerful corporations over ordinary people is borne out by the facts. If trust in the system further deteriorates, the consequences could be calamitous. After all, our tax system for individuals largely depends on voluntary compliance. People fill out their tax returns and report their income because they believe it’s the right thing to do. It’s worth asking whether such a system can last forever when the most profitable entities in the nation consistently avoid paying much of anything in taxes—and everyone knows it.