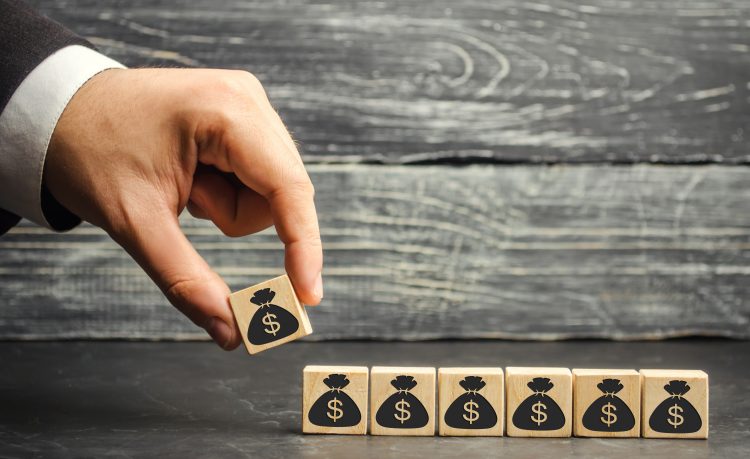 The White House is reported to be planning to unilaterally adjust the way capital gains are assessed to benefit the wealthiest Americans. The proposal would adjust capital gains for inflation, reducing taxes disproportionately for the wealthiest households who own most assets by limiting their taxable gains to those above and beyond the inflation rate. As ITEP explained in a report last summer, this would add to a long list of unjustified existing tax breaks for capital gains and lead to economically inefficient tax sheltering.

The plan, which has long been rumored but apparently is now more serious and detailed, is for the administration to change—through regulatory action, not legislation—the definition of capital gains to exclude gains that reflect inflation. This was considered during the administration of George H.W. Bush, but officials then decided that the move would likely not be legal—that the definition of gains in statute is quite clear and does not provide much room for interpretation. The Trump Administration apparently is ignoring this history and plowing ahead.

Others have already explained, convincingly, that the change is illegal, so, for now, I will focus on the policy implications. For people steeped in economics and public policy, the idea of adjusting anything for inflation in the tax code might sound like a good idea on the surface, but, in this case, it would be illogical and very problematic.

The Argument Proponents Make Sounds Logical Until You Think About It

Proponents of the administration’s idea point out that some portion of capital gains merely reflects inflation rather than a real increase in the value of the asset.

To understand their argument, imagine that you buy something for $5 million and then 10 years later you sell it for $9 million. Under our tax rules the $4 million profit you made from selling it is a capital gain, which is subject to federal income tax.

However, imagine that the inflation rate during the ten years is 6 percent annually. In this case, when you sell the asset for $9 million, you are only keeping up with inflation. You have not genuinely profited, they argue, when inflation is considered. You cannot buy more with the $9 million in proceeds from the sale than you could buy with $5 million a decade ago. So, the argument for excluding such gains from taxable income might initially seem compelling. But dig a little deeper and the argument falls apart.

For one thing, if you genuinely worry about taxing income that merely reflects inflation, you would not focus on capital gains but on other types of income where inflation is arguably taxed more. Let’s expand upon the example above: You purchase an asset for $5 million and sell it for $9 million a decade later. Over the same time period, your friend puts $5 million in a savings account that pays an interest rate of roughly 6 percent on average, the same as the rate of inflation. If there was no income tax, both you and your friend would have approximately $9 million at the end of the decade. You would have $4 million in capital gains and your friend would have $4 million in interest. In both cases, you might argue that the income really just reflects inflation and should not be taxed.

In the real world, both types of income are taxed but the interest is taxed more. For one thing, interest is taxed annually, meaning the savings account is growing from a smaller base each year, compared to the asset which appreciates each year free of tax until the asset is sold. In other words, income tax on capital gains (whether those gains reflect inflation or not) is deferred until the asset is sold. The erosion of value caused by inflation is therefore less of an issue for capital gains than other types of income.

The table below from the ITEP report illustrates how the capital gains on the asset are taxed after a decade compared to how the interest on the savings account is taxed throughout the decade. After you sell your asset and pay taxes on the capital gains at the end of the decade, you are left with $7.3 million. Your friend’s savings account, net of taxes on the interest, at the end of the decade has $7.1 million. 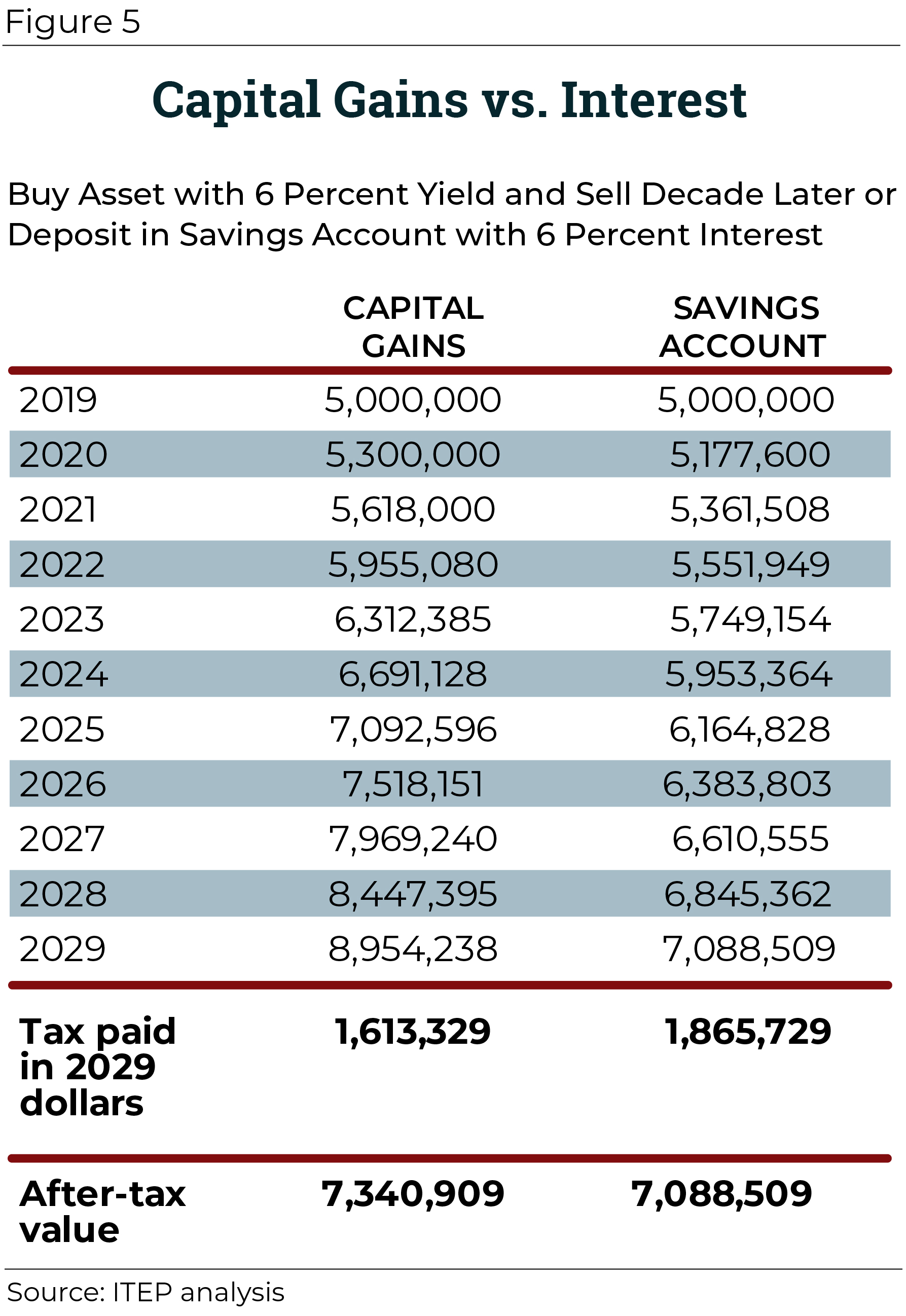 The argument for indexing capital gains is even weaker yet when you consider the enormous loopholes and gaming opportunities it would open. Presumably, the administration is not going to index every type of income for inflation for the purposes of calculating income and expenses because that would be a far-reaching and hugely complicated effort. This means there would necessarily be a mismatch—capital gains would be indexed to account for inflation but other parts of the tax code would not be—and this would lead to trouble.

Let’s say you and your friend got together and figured out how you could profit from this mismatch in the tax code. You borrow $5 million from your friend and pay her 6 percent interest, which over a decade comes to $4 million. At the end of the decade you sell the asset for $9 million, meaning your gain of $4 million exactly equals the $4 million in interest you have paid. As has always been the case, you are allowed to deduct the $4 million in interest payments as a business expense. But now, thanks to the Trump administration, you no longer owe income tax on the $4 million in gains because gains would be taxed only to the extent that they exceed inflation.

The investment was not profitable in real terms—remember, that is the whole argument for why the inflationary gains should be excluded from taxable income. But now you have made it profitable by exploiting the mismatch in the tax code, the fact that your $4 million gain is not taxed but you are still allowed to deduct the $4 million in interest you paid to generate it.

In fact, you would even be willing to pay your friend a higher interest rate to lure her into the deal, so you effectively split the profits from your tax arbitrage. Thus, you have an incentive to make investments that do not make any sense economically but only become profitable because of inconsistent tax rules.

Donald Trump surely remembers a time in the 1980s when the tax code encouraged such inefficient decisions by wealthy investors—the construction of empty buildings and other investments that were profitable only as tax shelters. President Reagan’s Tax Reform Act of 1986 cleared most of those tax shelters away, and Trump testified before members of Congress calling that tax reform a “catastrophe.” In turn, his approach to taxes today is, unfortunately, hardly surprising.