Why We’re Not Eternally Grateful for $1,000 Crumbs 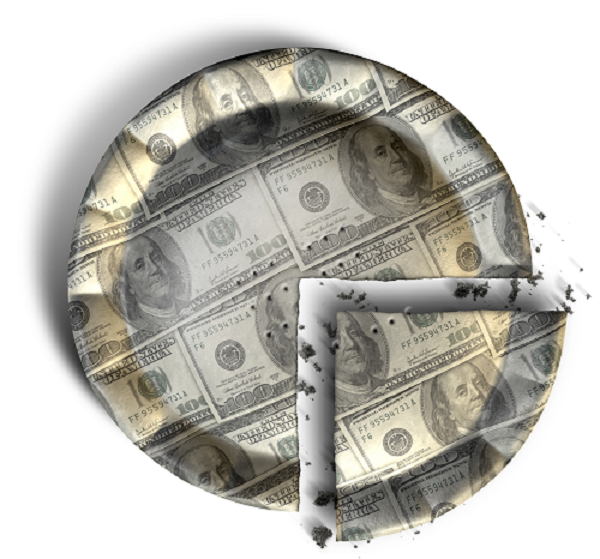 Stripped of all context, Pelosi’s words were unartful. But it’s duplicitous for elected officials who just passed a tax law that will redistribute wealth to the already rich to declare those who point out the gaping disparity as “out of touch.

It’s a particularly rich accusation considering that White House economic advisor Gary Cohn, a former Goldman Sachs president, last summer said a typical family of four would receive a $1,000 annual tax cut, which would allow them to “buy a new car,” or “remodel their kitchen.” This sentiment reflects a lack of awareness of the day-to-day lives of working people. A $1,000 after-tax wage increase spread over a year will not finance a kitchen remodel and certainly won’t buy a new car.

Two narratives that intentionally obscure who benefits from the tax law are emerging. One focuses on the personal income tax cuts that will result in an increase in net take-home pay for many employees once their employers adjust withholding. Anecdotes abound of working people getting a $100 or more increase, after taxes, per paycheck, but the reality is that most workers will receive a lot less than that. Those who fall squarely in the middle fifth of taxpayers (about $42,000 to $67,000 a year in household income) will receive an average tax break of $800 for the entire year in 2019, which will amount to $25 or so a paycheck. Meanwhile, the wealthiest 1 percent of households will receive an average annual tax break of $55,000, an amount that nearly eclipses the nation’s median household income.

The public is acutely aware of this gross inequity (one poll shows the tax bill was the second most unpopular piece of legislation ever) even though Republicans spent all of last year claiming they would pass a tax overhaul that would focus its benefits on the middle class.

Tax cut proponents know they will always lose public debates that rely on data, valid economic projections and historic precedent to expose whose pockets are lined by tax cuts (the rich, in case you’re wondering). So, GOP leaders and well-funded interest groups are ignoring data and, instead, muddying the water with arbitrary anecdotes about higher after-tax wages, and lobbing insults at anyone who dares point out the disparity between the tax haul for the rich and comparatively meager tax cuts for working people.

The second narrative that has prevailed since the tax law passed is how the dramatic cut in the corporate tax rate is benefiting workers. Regardless of partisan stripes, no reputable economist believes that tax cuts passed less than two months ago are having an immediate, measurable effect on average workers’ wages. Yet expert opinion is being supplanted with corporate press releases announcing one-time employee bonuses or wage boosts. It’s a well-coordinated attempt to dupe the public into believing that dramatically lower corporate tax rates are mostly benefiting workers, not the corporate brass and wealthy shareholders. Obvious facts and fine print belie this narrative.

In most cases, corporations are passing on a small fraction of their tax cuts to employees. In other cases, the number of employees who are eligible for a bonus is only a small part of the company’s workforce. Corporate profits have hit record levels for the past few years and most profitable companies paid an effective tax rate that was far less than the statutory corporate tax rate, yet companies weren’t showering these riches on employees. But the public is supposed to be convinced that we now live in an alternative, upside-down reality in which substantial corporate tax cuts (which CEOs were most excited about) are miraculously trickling from the bottom up.

It is in this broad context that Nancy Pelosi referred to one-time corporate bonuses as “crumbs.”

The immediate effect of tax cuts is not a wondrous boost in workers’ wages; rather, it’s a dramatic loss in federal revenue that will result this year in the biggest increase in deficit spending since the Great Recession. Huge tax cuts for corporations and the rich and a relative pittance for everyone else are being financed on a credit card whose balance future generations eventually will have to pay. Before the tax plan became law, Republican leaders indicated that any necessary spending cuts would be targeted toward programs that provide economic security for working people.

A small after-tax income boost or a one-time $1,000 bonus technically may not be “crumbs.” But the term is accurate in the context of an economy in which the benefits of economic growth are concentrated among the rich, and in which Congress used the tax code to give them even more wealth. It’s not “out of touch” to use harsh words when pointing out evident economic disparity. It is out of touch, however, to give the rich half a cake while doling out comparative crumbs to the rest of us and expecting eternal gratitude instead of valid criticism. It’s also elitist to have your well-heeled allies finance a misinformation campaign that casts tax cuts for the rich as a benevolent gift to hardworking people.