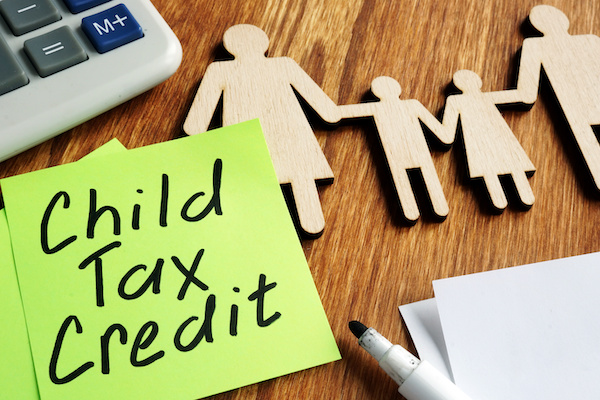 Nearly one in seven children in the United States live in poverty and about 6 percent of all children live in deep poverty. The American Rescue Plan Act (ARP) enacted in March addressed this in a meaningful way by increasing the Child Tax Credit (CTC) and making it fully refundable, but these changes are in effect only for 2021. Now, the president’s budget, in the section called the American Families Plan, proposes to extend the CTC increase through 2025 and permanently make it fully refundable.

Next year alone, this would provide a $111 billion collective income boost to roughly 90 percent of children in the United States.

The ARP temporarily improved the CTC, providing a larger credit and reaching more children, including the 39 percent of children who live in families too poor to qualify for the credit under permanent law. Of those benefiting in 2022, families in the lowest 20 percent—on average—would receive a $4,470 income boost to invest in their children.

The popularity of the expanded Child Tax Credit is apparent, even in advance of its formal rollout (monthly payments are expected to begin this July). But, then again, what’s not to like about a policy that would cut deep poverty among children in half.

The temporary expansion makes the credit fully refundable and available to nearly all children regardless of their parent’s income. The limits on refundability (the cap on the portion that can be refunded and the earnings requirement for the refunded portion) have prevented nearly all low-income families with children from receiving the full credit, effectively excluding or leaving behind close to half of all Black and Hispanic children. The move toward refundability is an incredibly important change; it ensures that children in low-income families can receive the full benefit of the federal credit and meaningfully increases the after-tax incomes of those who would otherwise be left behind. This enhancement is uniquely targeted to low-income families and is key to allowing the CTC to move the needle on the stubbornly high rate of child poverty in the United States.

The expansion also increased the maximum credit from $2,000 per child to $3,000 for each child age 6 and older and $3,600 for each child younger than 6 for families with income up to $150,000 (where the phase-out for the expanded increase begins for joint filers)—resulting in a more targeted increase. Seventeen-year-old children are now newly eligible for the credit.

Who Benefits and How Much?

If the president’s proposal to extend these improvements is enacted, the bottom 60 percent of earners in the U.S. would receive 68 percent of the benefits next year. And families and children in the poorest 20 percent would receive more than a quarter (27 percent) of the overall tax cut. And monthly payments of $250 or $300 each month will be available to eligible families this July, allowing for more stable and regular benefits for families who struggle to pay the rent or keep up with necessities, like diapers or food, throughout the year. By boosting incomes throughout the year, families with children can avoid taking on expensive debt to cover basic needs.

Currently set to expire at the end of 2021, these enhancements need to be viewed not only as a one-time tool for relief but also as a cornerstone policy for ensuring a just and equitable future for families and children. This pandemic-driven recession has laid bare our nation’s economic and racial disparities. Making the CTC enhancements permanent is a concrete step Congress can take to put families on more economically sound footing, directly benefiting our nation’s children.

The children who remain left behind

As important and vital as the continuation of this enhancement would be, there is more to be done to ensure that this policy reaches all low- and middle-income children. The CTC, even in its enhanced form, continues to leave behind non-citizen children. That is more than 1 million children who remain ineligible for the refundable credit and should be included in a permanent expansion to the CTC.

Children who lack Social Security numbers became ineligible for the federal CTC under the 2017 GOP tax law, the Tax Cuts and Jobs Act (TCJA). These families have been especially hard hit during the recession and have cruelly been denied federal coronavirus relief. Moving forward, it is essential that lawmakers ensure that the children of these families can participate in and benefit from a permanent expansion of the CTC. Only then can we achieve a truly equitable recovery and a more just future for all children.

Note: ITEP adjusts its data annually so that its sample reflects the most recent state-by-state Statistics of Income (SOI) data from the IRS and reflects projections from the Congressional Budget Office of income trends going forward. The SOI data tells us the number of child dependents for tax purposes but does not tell us how many of those child dependents are young enough to be eligible for the Child Tax Credit, meaning 17 and younger under the American Recovery Plan Act, age 16 and younger under the permanent rules. (For tax purposes dependent children can be as old as 23 if they are students.) ITEP recently adjusted its data so that the number of children more accurately reflects Census data, which has somewhat reduced the number of children we estimate would benefit from making the CTC expansion permanent.