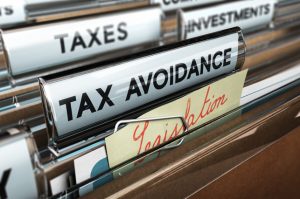 For years, the number one tax policy talking point from corporate lobbyists has been the claim that the United States has the highest corporate tax rate in the world. The story then goes that this high tax rate is driving away business and Congress should move to dramatically lower it.

A new study by the Institute on Taxation and Economic Policy (ITEP) reveals the reality that while corporations face a statutory tax rate of 35 percent, the tax code is so packed full of tax breaks that over eight years our nation’s largest and most profitable corporations paid an average effective tax rate of just 21.2 percent.

The new study, The 35 Percent Corporate Tax Myth, is the 12th edition in a series of studies from Citizens for Tax Justice (CTJ) and ITEP showing the low tax rates that many corporations pay. What makes this new study so unique and powerful is that it examines companies’ tax rates over a full eight-year period. Even given this longer period, the study found that that 18 Fortune 500 companies managed to pay nothing in federal income taxes over the whole 8 years. Overall, 100 of the 258 Fortune 500 companies in the study managed to pay nothing in taxes in at least one year during this period.

Perhaps the most infamous tax avoider in the study is General Electric, which managed to pay nothing in taxes on its $40 billion in profits over the past 10 years. The biggest recipient of tax breaks in the study was AT&T, which avoided $38 billion in taxes over the 8-year period.

Busting the conventional wisdom, the report also found that most multinational companies in the study paid a higher tax rate to foreign governments than to the U.S. government. This means that U.S. tax rates are competitive with those of our major economic partners.

For their part, President Donald Trump and the House GOP leadership appear to buy into the high rate myth. Congressional leaders and the President have each signaled that cutting taxes for corporations will be a major legislative priority in 2017. In his revised tax proposal, President Trump proposed to dramatically cut the corporate tax rate from 35 to 15 percent. His proposal would cut corporate taxes by $2.4 trillion over the next 10 years.

Similarly, the House GOP tax reform blueprint would lower the corporate tax rate from 35 to 20 percent. To make up for some of the revenue loss, the House GOP have proposed a border adjustment tax (BAT), which would exempt revenue from exports from taxation and not allow companies to deduct the cost of imports from their taxable income. Even if the BAT raised the $1.2 trillion it’s estimated to raise (which is a big “if” considering the opportunities for tax avoidance and its potential to be ruled illegal by the World Trade Organization), the plan would still cut corporate taxes by $1.3 trillion over 10 years.

Rather than cutting their taxes even further, Congress should raise more revenue from corporations. The best place to start would be to close the myriad of loopholes, such as the deferral or stock option loopholes, that allow so many companies to pay so little in taxes. In addition, Congress should also mandate that companies disclose detailed financial information on a country-by-country basis so that policymakers and the public have an even clearer picture of how much and where companies are paying taxes. With so many critically needed public investments, corporations should be required to pay their fair share in taxes.