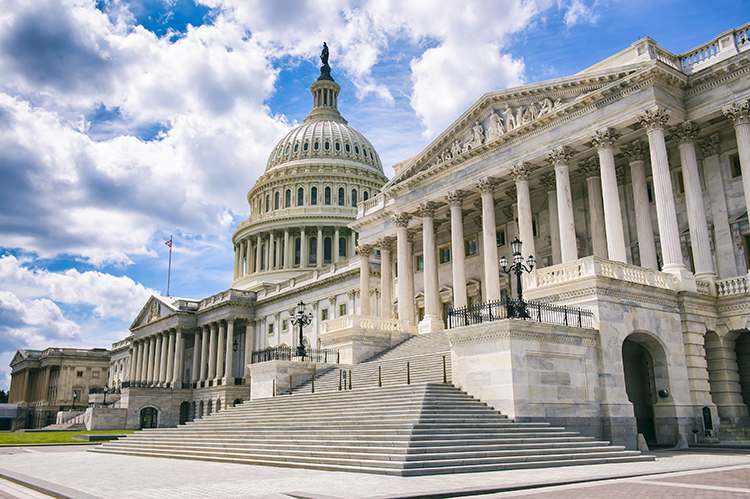 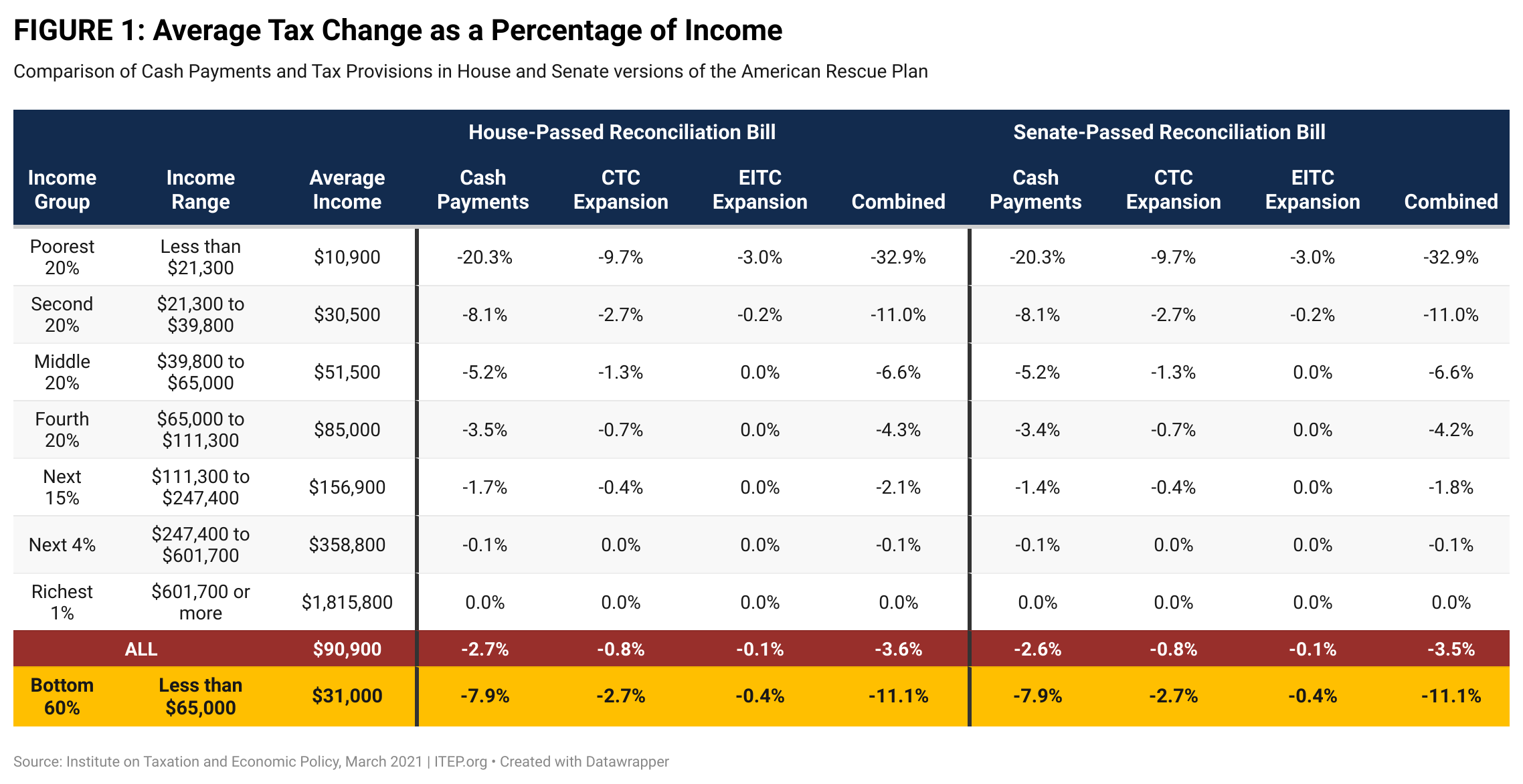 Under either bill, the combined benefits of these proposals are spread evenly across income groups except that the very rich would not benefit. The estimates here group Americans into quintiles and split the richest quintile into smaller groups. As illustrated in the table below, the bottom four quintiles would each receive at least 20 percent of the benefits from these provisions in either bill while the richest 1 percent would get little or nothing. 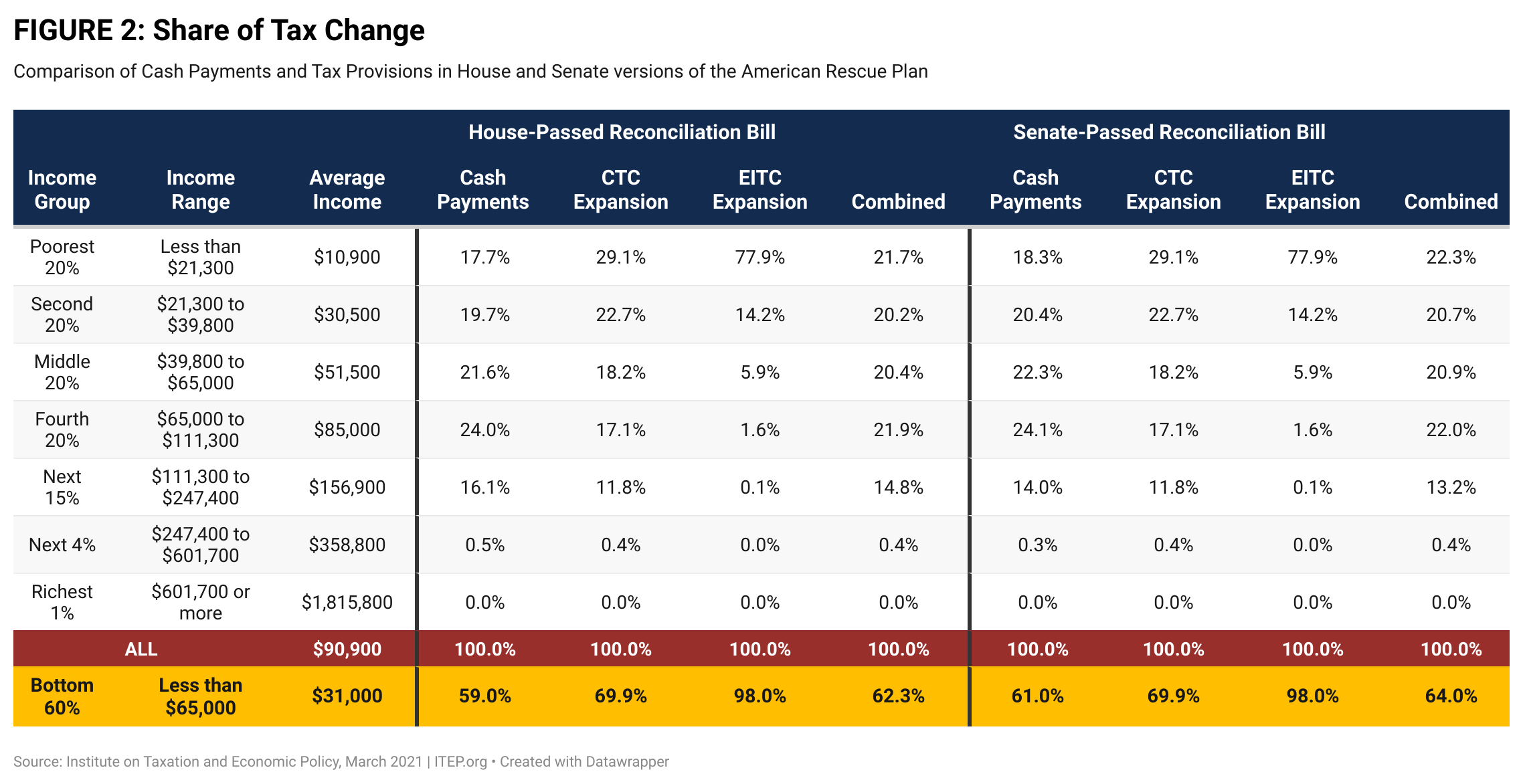 For simplicity, ITEP estimated these proposals as if they were in effect in 2020 (some of the benefits would be initially calculated based on a family’s income from 2020 or 2019).

Under either bill, most Americans would receive a cash payment of $1,400 for each member of their family. The bills exclude taxpayers who file using an Individual Taxpayer Identification Number (ITIN) instead of a Social Security number (SSN).

Among the bottom 60 percent of Americans, both versions of the proposal would benefit 100 percent of adults and children, as a previous ITEP analysis explained.

ITIN filers would be ineligible for the payments but their family members who have SSNs could receive the payments and are not included in the ITEP estimates shown here. This was also true of the $600 payments provided in legislation enacted before the end of 2020, which made those payments available to 1.4 million adults with SSNs who have a spouse filing with an ITIN and 1.5 million children who have one parent filing with an SSN and another parent with an ITIN, according to the Migration Policy Institute. 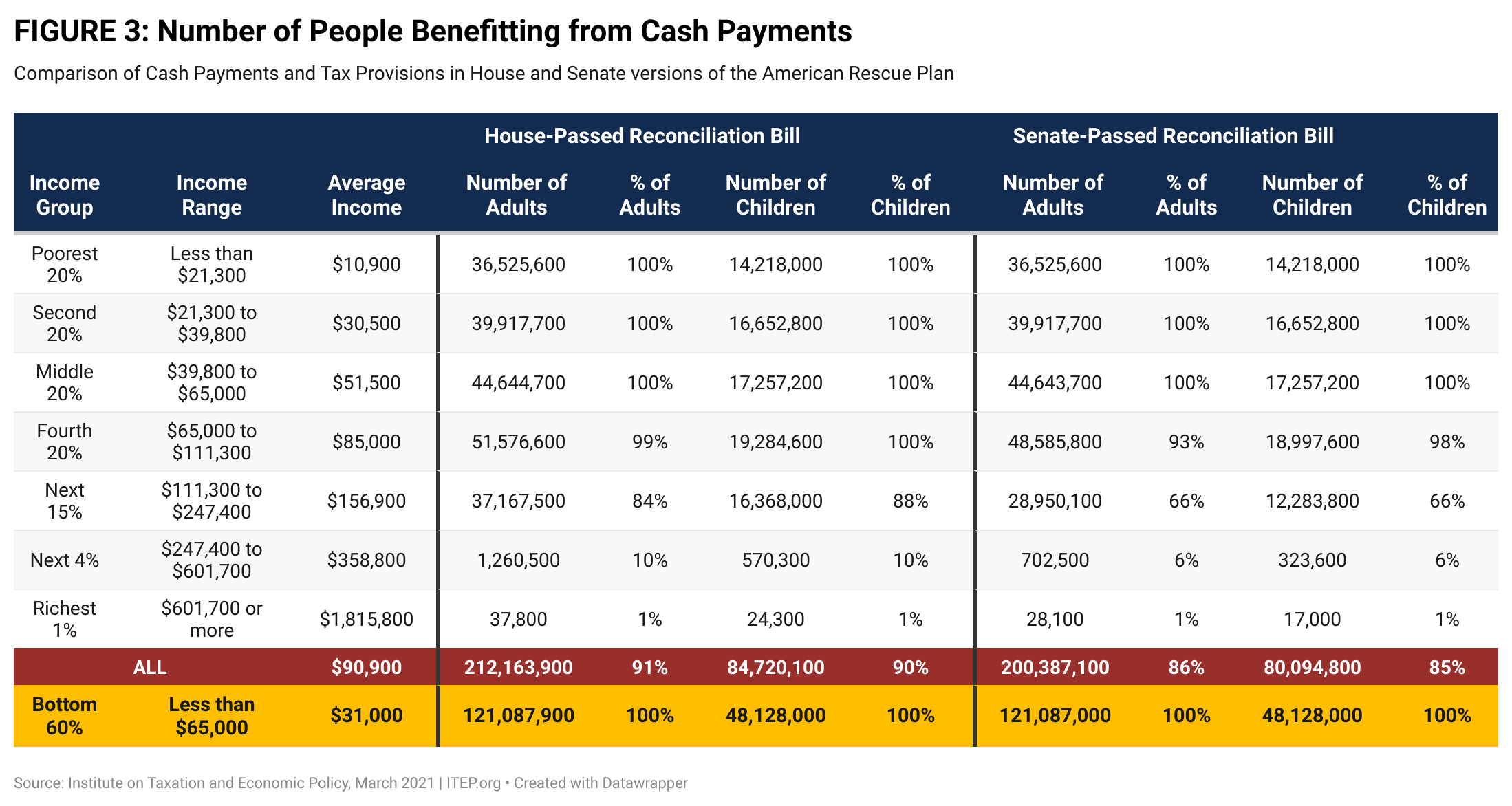 Whichever version the House and Senate ultimately agree to, this will be the third major cash payment provided by Congress since the COVID crisis began.

The first cash payment, provided in the CARES Act, was $1,200 for each tax filer and tax filer’s spouse and $500 for each dependent child.

The second payment, enacted at the end of 2020, was $600 for each person (including dependents of any age).

Both the recently passed House and Senate bills would provide cash payments of $1,400 for each person (including dependents of any age).

All these payments—the CARES Act payment, the $600 payment, and the payments in the bills just passed by the House and Senate—begin to phase out at the same income levels, which are $75,000 for single adults without children, $112,500 for single parents, and $150,000 for married couples.

In other words, the provisions differ only in how the payments are phased out for those with income above those levels.

The House and Senate bills make identical changes to the Child Tax Credit and the Earned Income Tax Credit.

The legislation would expand the Child Tax Credit (CTC) in two ways. First, it would make the credit fully refundable, removing both the dollar cap and the earnings limit that currently prevents nearly all low-income families with children from receiving the full credit.

ITEP estimates that the CTC changes would provide around $116 billion to families with children for the year. The legislation would also make the credit available for 17-year-olds, which is not included in these estimates.

The ITEP estimates provided here include taxpayers regardless of whether they have children. Another ITEP analysis provides more detail on the CTC changes and analyzes the changes specifically for those with children under age 17 to better illustrate the dramatic impact this proposal can have on their lives. For example, those with children under age 17 who fall in the poorest 20 percent would see their incomes increased by an average of 37 percent.

Under current law, low-income working people without children living in their home are eligible for a very meager Earned Income Tax Credit (EITC) with a maximum of around $500. The legislation would roughly triple that amount. The proposal would lower the age eligibility for the childless EITC from 25 to 19 and eliminate the upper age limit which currently bars the credit for childless people age 65 and older. The changes described here would provide around $13 billion in additional EITC benefits to childless workers. This does not include the effects of some less significant changes that the plan would make to the EITC.