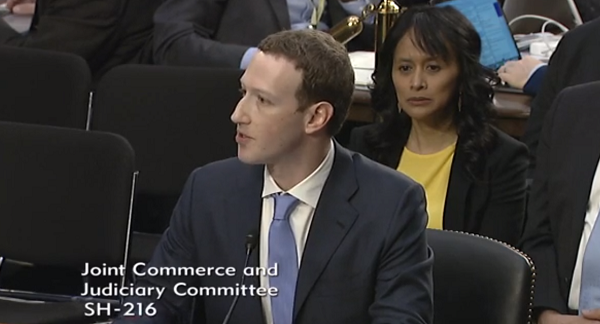 In recent months, Facebook CEO Mark Zuckerberg has been hauled before lawmakers in the United States and the European Union to respond to criticism of the company’s privacy policies and sharing of user data. Now the company’s dodgy tax practices are facing increased scrutiny from an even more important source: some of its own shareholders. In advance of its annual shareholders meeting on May 31, Facebook was confronted with a shareholder resolution (Proposal 8 on pg. 59) asking it to endorse a set of principles to guide its tax policy and to ensure that such principles consider the impact of its tax strategies on local economies and public services. The resolution is a signal from a group of concerned shareholders that Facebook’s tax avoidance hurts its reputation, the communities in which it operates, and creates financial risks to the company’s shareholders.

The resolution was originally submitted on behalf of the AFL-CIO Office of Investments.

The concern is primarily due to revelations that the company has aggressively shifted its profits into offshore tax havens. In 2010, Facebook transferred the rights to its online platform and marketing intangibles to Ireland, a known tax haven also used by other tech giants like Apple and Google. Transferring its intellectual property into Ireland allows the company to avoid paying billions in taxes by shifting royalties from across the world into a country where it is only required to pay a trivial amount of taxes on these earnings. The initial success of this strategy was demonstrated by the fact that it reported $12.6 billion in revenue in Ireland on which it paid just $30 million in taxes in 2016.

The problem for Facebook and its investors is that the story did not end there. According to the Internal Revenue Service, the company may owe somewhere between $3 to $5 billion in additional taxes on these earnings. Facebook is alleged to have substantially undervalued the worth of its intellectual property when transferring it to Ireland. The concern should go beyond the activist investors. Even those investors concerned only about profits should worry that Facebook’s aggressive tax avoidance has created unaccounted-for financial risks: investors currently have no way of assessing whether Facebook might end up owing substantially more in taxes than it previously disclosed.

In addition, the low tax rates paid by Facebook and other internet companies have earned a significant amount of scrutiny across the European Union and the world, with some countries calling for a special new tax targeted at digitally driven companies. At a minimum this additional scrutiny has already hurt Facebook’s reputation, but it could also mean the company will have to pay substantial new foreign taxes in the future on its offshore earnings.

Facebook’s tax avoidance practices have allowed the company to pay a relatively low tax rate in the United States. According to a 2017 ITEP study, Facebook paid a federal income tax rate of just 16.5 percent (less than half the 35 percent statutory rate in effect at the time) on its $14.8 billion in pre-tax U.S. profits between 2010 and 2015. In fact, in 2012, the company made more than $1 billion, and didn’t pay a cent in federal income taxes.

The shareholder resolution on responsible tax practices is a sensible response to a growing public backlash against irresponsible corporate abuses—and adopting it could help Facebook to rebuild its reputation. Doing so would put Facebook in the company of other corporations that have embraced “The B Team Responsible Tax Principles,” a newly released set of principles recommended by a coalition of businesses interested in more socially responsible corporate behavior. Unfortunately, it appears Facebook has instead decided to resist these efforts by calling for shareholders to vote down the resolution in support of outlining positive tax principles. Hopefully, the continued scrutiny and financial risks will help them change course sooner rather than later.