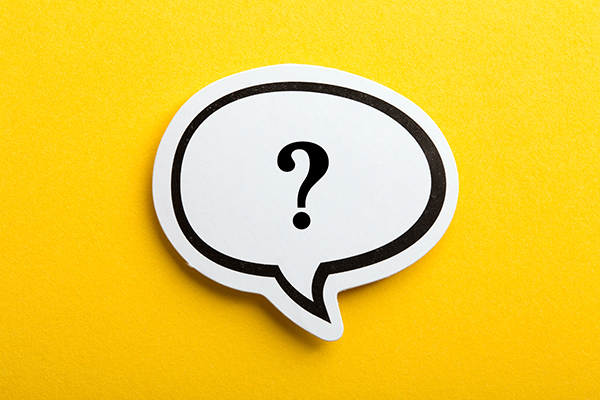 By Stephanie Clegg and Meg Wiehe

The final version of the Coronavirus Aid, Relief and Economic Security (CARES) Act enacted last week included rebate provisions that will reach most low-, moderate- and middle-income adults and children, but not everyone. Some of the most vulnerable and hardest hit will face barriers to accessing rebates or be shut out.

The COVID-19 pandemic also requires a state and local response. I sat down with ITEP Deputy Executive Director Meg Wiehe to discuss the tax rebates in the federal bill and look at how states can take action to directly support communities.

This interview has been edited and condensed for clarity.

The CARES Act provides rebates up to $1,200 per adult and $500 per child to support most households. Who benefits?

MEG WIEHE: The good news is that the final CARES Act removed both earnings requirements and phase-in requirements from previous versions of the bill. People with little or no earnings, for example, those receiving Social Security, disability or veterans’ benefits—are now eligible for the full payments.

But there are design flaws in the rebate provision. Some people are still left out completely while others won’t receive immediate relief.

Let’s discuss those left out completely. Among them are millions of immigrant workers and families  who file taxes using an Individual Taxpayer Identification Number (ITIN) instead of a Social Security number. Why does the rebate provision leave out these taxpayers and their households?

If even one person in a household filed a return with an ITIN, no one in the household is eligible for the rebate. This includes spouses and children who have social security numbers.

It’s cruel and misguided to preclude millions of immigrant workers and their children from receiving relief during this crisis. Particularly given the industries that are impacted, like the service industry and domestic workers. The restaurant industry would literally not exist without the work and support of the immigrant community. That is who we are leaving out: workers who contribute to their local economies and communities every day and are no longer able to work.

In addition to ITIN filers, are others left out of the rebates provision?

MW: Yes, the CARES Act also leaves behind older children and non-child dependents. The Act provides a benefit of $500 per child, but the age limit for children is age 16 or younger. This means children age 17 and older are left out, even those who are still living in the home and college-aged children who are claimed as dependents. It also means non-child dependents like people with disabilities and older adults who are under the care of their children are ineligible to receive the check.

Simply put: If you are age 17 or older and can be claimed as a dependent by someone else, you don’t receive the $500 rebate.

Sixteen may seem like an arbitrary age, and that’s because it is. It was changed as part of the Child Tax Credit (CTC) under the Tax Cuts and Jobs Act (TCJA), and there’s no clear reason why. The CTC is one of the most powerful anti-poverty tools we have for low-income parents, and the 2017 Trump-GOP tax law lowered the age eligibility while creating a new smaller and non-refundable credit for older dependents.

So the rebate fails to reach immigrants and some of the population claimed as dependents by others. Does ITEP know how many people this includes?

MW: We’re talking about more than 25 million adults and children who are otherwise in households that would qualify but won’t benefit because of age restrictions or immigration status.

There’s also a lot of uncertainty around the timing in which the lowest-income earners will receive the rebate because this group is not typically required to file taxes, yet the federal government requires an income tax return to receive the rebate.

MW: Exactly, those technically eligible with very low incomes who were not required to file tax returns in 2018 and 2019 could miss out on immediate relief. You either had to file a return in 2018, 2019 or receive Social Security payments to automatically get the rebate. And, earlier this week it appeared the Treasury Department was walking back its commitment to send checks directly to Social Security recipients, but quickly reversed that decision thanks to strong advocacy. It is still the case, however, that at least 7.5 million households will need to take steps to file a return to receive the rebate.

A more overlooked group of people who will miss out on immediate help are those who were doing better financially in 2018 or 2019, but who are now unemployed or earning significantly less income.

Ideally, the rebate payment would be based on 2020 income. This is a 2020 problem, so it makes sense to provide financial relief for 2020 losses. But the CARES Act rebates are hinged on income reported in previous tax returns.

There is a provision that people can get the rebate when they file their 2020 taxes next year, but that doesn’t help people out of work now who may not qualify based on previous years’ incomes.

What should a next round of stimulus funding include to benefit everyone?

MW: Members of Congress and advocates are already saying another round of financial relief is needed. I think this really highlights another failing of the CARES Act rebate provision: Instead of a one-time distribution, payments should have been structured as recurring relief and continue until a built-in trigger occurs—what that trigger would be is unknown but it could be a timeframe after social distancing is lifted or a milestone as unemployment numbers decline.

The economy has essentially been put on pause. We don’t know when this crisis will end, and those hardest hit will continue to struggle long after the $1,200 has been spent—if they receive the rebate at all. It’s not enough, and I’ll go further to say this isn’t about stimulating the economy… yet. Right now it’s about, “How do we get relief to everyone impacted by this unprecedented public health and economic crisis?”

Is there anything state legislators, particularly governors who are at the forefront of crisis relief, can do to leverage the federal bill to reach more residents and communities?

MW: Absolutely. We’ll see in the coming days, weeks and months how states can leverage CARES Act funds, including a $150 billion fund for state and local relief called the Coronavirus Relief Fund and an additional $30 billion Education Stabilization Fund to support K-12, colleges and universities. Currently many governors and policymakers are interpreting language in the bill narrowly for only direct funding to COVID-19 relief. But there is a desire for elected officials to think about ways to use these funds to directly help people and identify how relief funding can be used to stave off massive budget cuts due to revenue shortfalls.

The last thing you need in a crisis where millions of people are losing jobs or reducing hours is for state governments to lay off public servants or reduce hours. States themselves are job creators, and all states should figure out to use funds and design plans to raise revenue temporarily or permanently.

States are suffering right now with loss of tax revenue—whether that be a decline in sales or delayed state income tax filing. What actions can they take now to lessen future shortages?

MW: Many states are facing revenue shortfalls in two primary ways: 1) steep reduction of consumption taxes and 2) delayed revenue flow, that is state income taxes being delayed until the next fiscal year because the filing deadline has been moved back. Lawmakers can take a combination of steps. But one thing is clear, it must be a different approach than how we approached fiscal stabilization under the Great Recession. States need to be ready to spend money on things they are not used to spending money on in order to both keep local and state economies afloat while also thinking about new investments needed in the face of crisis.

States without income taxes that have historically been able to rely on another tax base will be hit the hardest. Look at Florida. Florida has no personal income tax, a severely reduced state corporate income tax (with more corporate tax cuts about to take place) and the state relies heavily on the tourism industry, which has been shuttered but also is taxed at higher rates than other parts of the sales tax base. So without an income tax, they are facing a trifecta of revenue loss that is dependent on sales and travel habits of consumers.