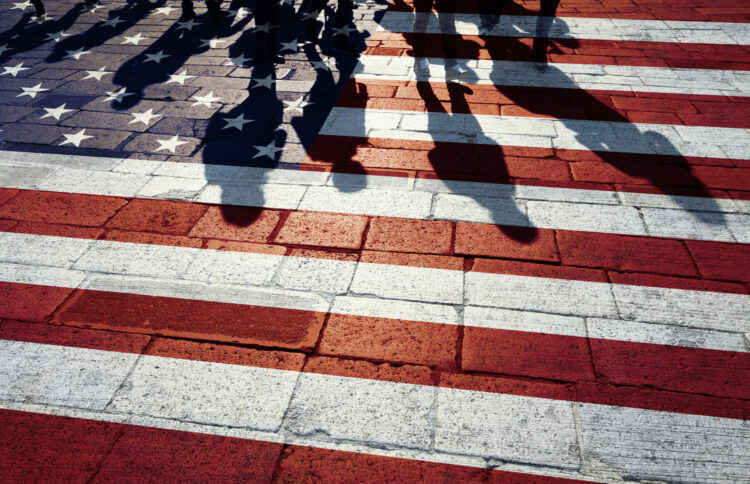 President Joe Biden’s American Families and Jobs plans intend to “build back better” and create a more inclusive economy. To fully live up to this ideal, the final plan must include undocumented people and their families.

To be clear, aid for families should not be transactional. In other words, we should not determine any person’s—citizen or undocumented—worthiness based on an unspoken formula on what they contribute to our economy. But in reality, undocumented people pay taxes like all others who live and work in the United States. They pay taxes on purchases, property and services. For federal and state income taxes, noncitizen workers use what is called an Individual Taxpayer Identification Number (ITIN). A 2017 ITEP report found that undocumented immigrants pay an estimated $11.7 billion in state and local taxes each year, and New American Economy estimates an additional $18.9 billion paid in federal taxes.

Throughout 2020, undocumented immigrants and their U.S.-citizen family members were excluded from federal aid designed to ease COVID-related straits (cash payments, rent relief, unemployment benefits, food stamps, etc.) even as they were disproportionately deemed essential workers. In the early days of the pandemic, the CARES Act also denied federal aid to mixed-status families, where one or more person in a household does not have a Social Security number (SSN). This meant that citizen spouses and children of noncitizen taxpayers also were excluded.

Almost a year into the pandemic, mixed-status families found support via the December 2020 CASH Act, which allowed all eligible individuals with a valid SSN, regardless of household citizenship status, to qualify for new $600 cash payments and retroactively receive the $1,200 payments sent out under the CARES Act. Biden continued this in the American Rescue Plan Act (ARP), which distributed $1,400 checks to qualifying individuals and their dependents. Yet, the plan still excluded ITIN filers and their noncitizen children.

Advocates across the United States are calling for comprehensive immigration reform that dismantles punitive programs and centers people-focused policies that fully recognize all families. Among these policies are essential worker legislation, a pathway to citizenship, restoration of due process in immigration courts and inclusion of undocumented immigrants and their families in economic policy.

There are clear, positive economic contributions by ITIN filers and noncitizen households. A new report from the Center for American Progress finds an improved pathway to citizenship would boost economic growth, raise wages for all workers and create nearly half a million new jobs. Earlier this year, I joined economists and scholars from across the country calling for permanent immigration protections and a pathway to citizenship.

“…we are writing today to encourage you to consider the economic, fiscal, and public policy rationales behind including in the president’s forthcoming economic recovery and jobs plan a provision that offers a pathway to citizenship to undocumented individuals—particularly those working in jobs deemed essential to the country’s critical infrastructure during this pandemic and their families, as well as Dreamers and people with Temporary Protected Status. Such a policy would increase wages and productivity throughout the U.S. economy, create jobs, generate additional tax revenue, strengthen worker protections for immigrant and native workers.”

Congressional Democrats are weighing options to advance immigration policy through reconciliation. From the tax policy perspective, short of comprehensive immigration reform, there are two ways to ensure no one is left behind. First, policymakers can reverse a punitive provision from the Trump-GOP tax law that linked the Child Tax Credit (CTC) to citizenship status. Prior to the 2017 law, children in eligible households could receive the CTC regardless of citizenship, but the new rule requires a SSN for a child to be eligible for the credit. Congressional action can restore the credit to roughly 1 million children and their families. Second, Congress should include ITIN filers in the proposed expansion of the Earned Income Tax Credit (EITC). The temporary expansion of the EITC under ARP and the proposed permanent expansion reach previously left behind young and older adult low-wage workers without children in the home. A truly inclusive EITC would also extend to low-and moderate-income ITIN filers.

Policymakers do not have to look far for blueprints to achieve a more immigrant-inclusive recovery. Just last month, Colorado lawmakers passed the first all-inclusive state CTC available to all young children regardless of citizenship status. And last year, Colorado was the first state in the country to expand its state-level EITC to ITIN filers. California also expanded its state EITC to undocumented workers last year. Washington, New Mexico, Maryland and Oregon join the list of states expanding state-level tax credits to ITIN filers this year.

Advocates in New York advanced a plan to reach workers ineligible to receive federal COVID relief or state unemployment benefits. State lawmakers approved $2.1 billion to reach these workers, many who are undocumented. An Economic Policy Institute report concludes the program will reach nearly 300,000 workers and can easily be replicated in other states. California also distributed cash payments to more than 150,000 undocumented residents left out of the March 2020 CARES Act.

There is a marked shift in how state policymakers recognize the contributions of immigrant communities, mixed-status families and undocumented Americans. The Biden administration and congressional lawmakers can build off this momentum and set the agenda for future policies that recognize and value everyone who contributes to a robust economy and calls this country home.