File Under “No Surprise”: Wealthiest Taxpayers Use Offshore Tax Shelters More Than the Rest of Us, New Research Finds 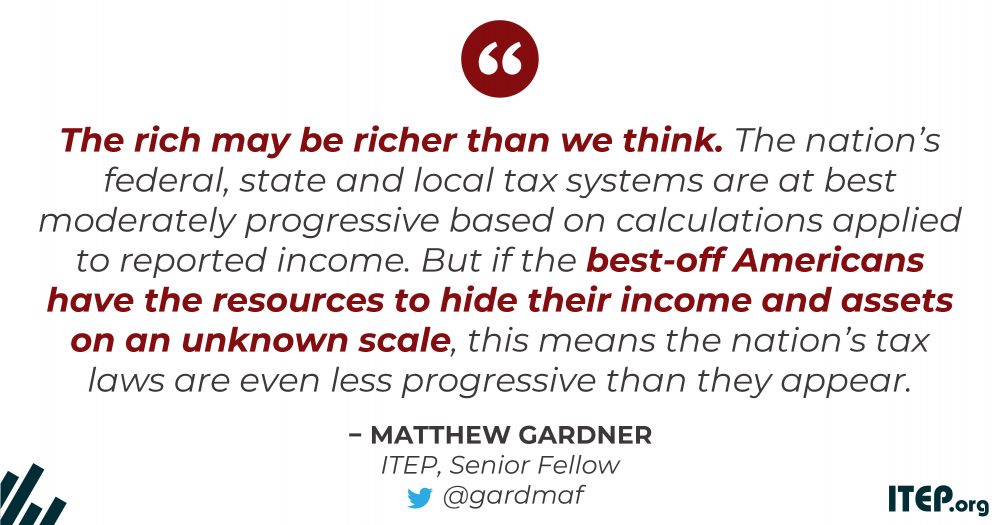 It drains needed revenues from the public treasury, and saps public confidence in rules of the game. A recent Pew Research poll finds that 60 percent of Americans are bothered “a lot” by the feeling that the best-off don’t pay their fair share of taxes. And now, thanks to a new report, we also know what most people suspected already: that tax dodging is making already-rampant economic inequality even worse.

A study published this week in the American Economic Review by a group including the indefatigable economist and tax researcher Gabriel Zucman finds that the very wealthiest taxpayers are far more likely to conceal their assets in tax havens. The study, “Tax Evasion and Inequality,” finds that “the top 0.01 percent of the wealth distribution evades about 25 percent of its tax liability by concealing assets and investment income abroad.”

The report relies on a trove of documents leaked by an employee of the Swiss bank HSBC, documenting the bank’s efforts to help its customers all over the world hide income and assets from their respective tax authorities. The HSBC data, known as “Swissleaks,” is supplemented with similar leaked data from the Mossack Fonseca bank and from the results of tax amnesties.  Cooperation from Scandinavian tax authorities allowed the authors to match these data with tax records to map out the frequency of tax avoidance, by income level, among residents of Scandinavian countries.

The Rich May Be Even Richer

While the very wealthiest taxpayers are hiding roughly 25 percent of their income, the study finds that those in the bottom 99 percent of the wealth distribution avoid taxes on less than 5 percent of their income as a group. If the same pattern holds in the United States, then the well-documented finding that the best off 1 percent of Americans hold 40 percent of all wealth is likely a low-ball number, because of the huge amounts of income-generating assets that many of them are hiding from tax authorities.

The implications for public policy are huge. The United States’s federal, state and local tax systems are at best moderately progressive based on calculations applied to reported income. But if the best-off Americans  have the resources to hide their income and assets on an unknown scale, this means the nation’s  tax laws are even less progressive than they appear. And it means that progressive tax reform ideas such as those proposed by Representative Alexandra Ocasio-Cortez need to be combined with reforms that block the type of cheating that would otherwise defeat their purpose.

From a tax administration perspective, the implication is even clearer:  lawmakers should focus the IRS’ enforcement efforts on the very best-off Americans. Sadly, Congress and the IRS are moving in precisely the opposite direction, as new IRS data show. A recent headline from ProPublica announces that “The IRS Now Audits Poor Americans at About the Same Rate as the Top 1%.” IRS audit rates have fallen fastest for Americans with incomes over $10 million. This is the direct consequence of Congress underfunding of the IRS over the past two decades.

At a time when candidates for elective office worldwide are struggling to tap into (and, hopefully, defuse) public disenchantment with elected officials and the rule of law, this new report highlights one obvious way of doing so: requiring the wealthiest few to play by the same rules as the rest of us.