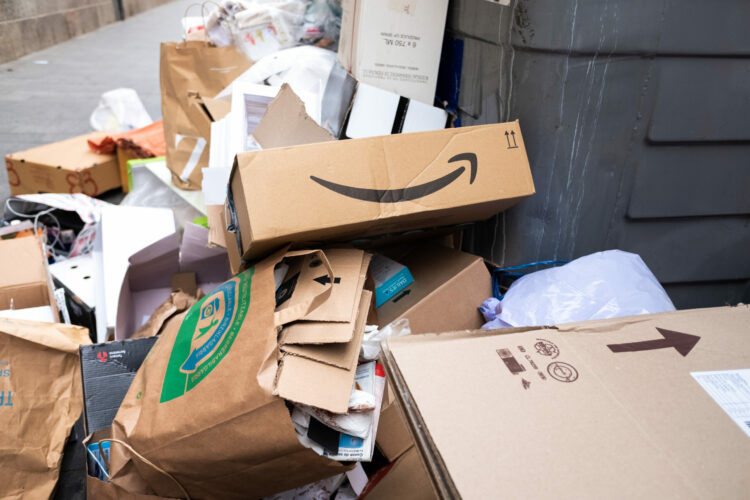 After two consecutive years of paying no federal income tax on billions in U.S. profits, Jeff Bezos’s retail giant Amazon reported in a splashy press release this morning that the company is paying taxes.

What the release oddly fails to mention is that Amazon still appears to be beating the federal income tax code like a pinata: the company’s annual financial report, which was released with much less fanfare, shows that in 2019 Amazon paid just 1.2 percent of its $13 billion in U.S. profits in federal income taxes.

Possibly recognizing public ire over its tax avoidance, Amazon’s blog focuses mostly on taxes that it did not pay and taxes that it collected on behalf of others.

For example, the release trumpets collecting “nearly $9 billion in sales and use taxes” last year. But note the word “collected.” Amazon merely collected sales taxes from customers and sent those tax payments to state and local governments. In fact, Amazon is a late arrival to the sales tax compliance scene. While Amazon has been collecting state sales tax in every state that levies one since 2017, the company was dragged kicking and screaming into the sales-tax-paying community over two decades, during which it made *not* collecting sales taxes the main source of its competitive advantage. And the company is still doing its best to avoid collecting local sales taxes and to avoid collecting any tax on sales made through its affiliates.

Lastly, the company claims “over $1 billion of federal income tax expense.” But most of that is what accountants call a deferred tax liability, meaning Amazon has not yet paid it. Amazon reports a current federal income tax of just $162 million in 2019, meaning that is what Amazon paid in 2019. The company reports that it deferred $914 million of federal taxes to future years.

While Amazon’s leaders would like us to be pleased by their fiscal largesse, the clear fact remains that the federal income tax system still can hardly lay a glove on one of the biggest and most profitable corporations in the world. And that is not good news at all.