Here Are Some Truths About Corporate Tax Avoidance 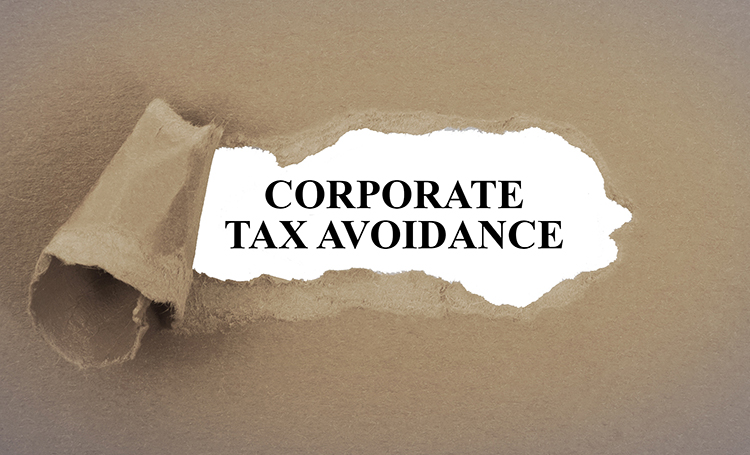 In 2020, the pandemic killed hundreds of thousands of Americans and unemployment soared to levels not seen since the Bureau of Labor Statistics started collecting data in the 1940s.

Despite that, Amazon’s profits surged to $20 billion last year as people shifted to shopping online. But the company paid just 9.4 percent of its profits in federal corporate income taxes, after paying zero in 2018 and about 1 percent in 2019. Its total effective federal corporate income tax rate over three years was just 4.3 percent on $44.7 billion in profits. That’s a far cry from the statutory rate of 21 percent.

In 2020, Netflix’s profits surged to $2.8 billion because people went out less and instead watched more TV at home. Yet the company paid less than 1% of those profits in federal corporate income taxes, after paying nothing in 2018 and about 1 percent in 2019. Over those three years, Netflix paid a total effective rate of 0.4 percent on $5.3 billion in profits. Again, not at all close to the 21 percent statutory rate.

And late last week we learned that Zoom, the video conferencing platform that has become ubiquitous for meetings, saw its profits spike by 4,000 percent last year. But the company paid zero federal corporate income tax for 2020.

Zoom, Amazon and Netflix are not alone. The pandemic has been hard on many businesses large and small, and many reported losses last year. But some with profits–indeed even some with record profits because of the pandemic–avoided paying corporate income tax on those profits. So far, my colleagues have found more than 50 S&P 500 corporations that reported profits but paid no federal corporate income tax last year–a year when our lives depended on public resources for testing, research and vaccine distribution.

Here are some truths about corporate tax avoidance.

We all need the things that the public sector provides. When corporate taxes go unpaid, the American people have less for the things that would help our communities. That means less repair of our failing infrastructure, less investment in greening our economy, less funding to help young people attend college.

This matters particularly now, as policymakers will soon address what our nation can afford to improve our economy and health going forward.

Although our research suggests that corporations already have too many tax breaks, some lawmakers want to provide even more. Some lawmakers propose to expand the corporate breaks in the Trump tax law by making permanent the expensing provision, which is set to expire, and by repealing some tax increases related to interest deductions and research expenses, that have yet to take effect.

Many lawmakers want to preserve tax breaks and yet claim that we cannot afford to help people directly. In fact, we can choose a fair tax code that gives us the resources to make permanent the Child Tax Credit, which could reduce child poverty by 45 percent. We can enforce tax laws and have more resources to create green jobs and climate-proof our infrastructure. And we can close loopholes and raise revenue to help regular families pay for childcare and college.

A better corporate tax code is how we begin generating the resources needed to improve lives, reduce climate change, and create a better country.