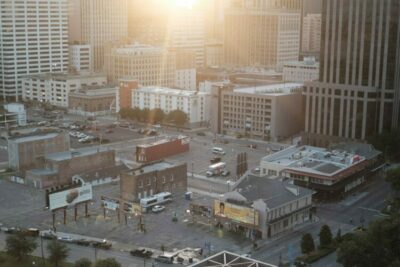 By Amy Hanauer and Lorena Roque

Republicans continue to tout Opportunity Zones as their main vehicle to assist poor people, most recently with a deeply flawed report from President Trump’s White House Council of Economic Advisers and a mention from Donald Trump Jr. in his opening night convention speech. The report purports to compare—as a way of cutting poverty—tax breaks for investors vs food, cash or health insurance coverage for struggling families. It presents no data about these other programs. In addition to that glaring omission, the paper is flawed in several other ways. Here are four of the most obvious:

1. The paper’s economic impact analysis hinges on the dubious trickle-down theory that large tax cuts on capital gains for wealthy investors will eventually make their way into the hands of low-income families living in Opportunity Zones. Instead of the public sector investing that money in programs with direct benefits to these communities—like health insurance, schools or poverty relief—it goes to the investors. Those who benefit from low capital gains taxes are the most privileged elite: more than three quarters of existing capital gains tax breaks flow to the wealthiest 1 percent of Americans.

2. Not content to simply assert that some low-income people will benefit from wealthy investors’ tax cuts, the authors go on to claim that those benefits will be so immense and widespread that the Opportunity Zones program will bring in more revenue than it costs, an often-disproved claim. The report tries to provide an intellectual veneer to one of Republican lawmakers’ favorite talking points: that tax cuts pay for themselves.

3. The people crafting the report did not have data on Opportunity Zones, so they just used data on a different program, the New Markets Tax Credit program, which has stricter requirements according to Gbenga Ajilore, senior economist at Center for American Progress. That’s like providing data on the nutrients in fruit salad to understand the health benefits of Twinkies. They don’t know how much has been invested in Opportunity Zones, in part because the program has weak reporting requirements, so this paper relies mostly on extrapolation and data from other programs.

4. The White House analysts argue that Opportunity Zones were established in the places that most needed investment, comparing where zones were established to where they were eligible to be established. In fact, multiple studies have documented that Opportunity Zones often bypassed the poorest neighborhoods to instead locate in rapidly gentrifying places where investors were already inclined to put resources. As a New York Times article said last winter “much of the money has gone to projects that were already planned or being built in rapidly gentrifying neighborhoods in places like Houston, Miami and New Orleans.”

The Trump administration wants to defend an economy that has 12.9 million fewer jobs than it had in February, with 10 million children in poverty and 14 million children going hungry. This sparse paper from the White House is the opening salvo.

But in fact, we know what prevents poverty: providing food and cash to families in need, when the economy torpedoes; delivering quality childcare, preschool, and public education; and providing strong public services. The United States began abandoning many parts of that solution in the 1980s, and the Trump administration has done more to weaken those basics. We don’t need a 34-page hard-to-follow paper to tell us what just makes sense: giving enormous tax breaks to wealthy investors won’t relieve poverty. Having a competent government that ensures the basics will.