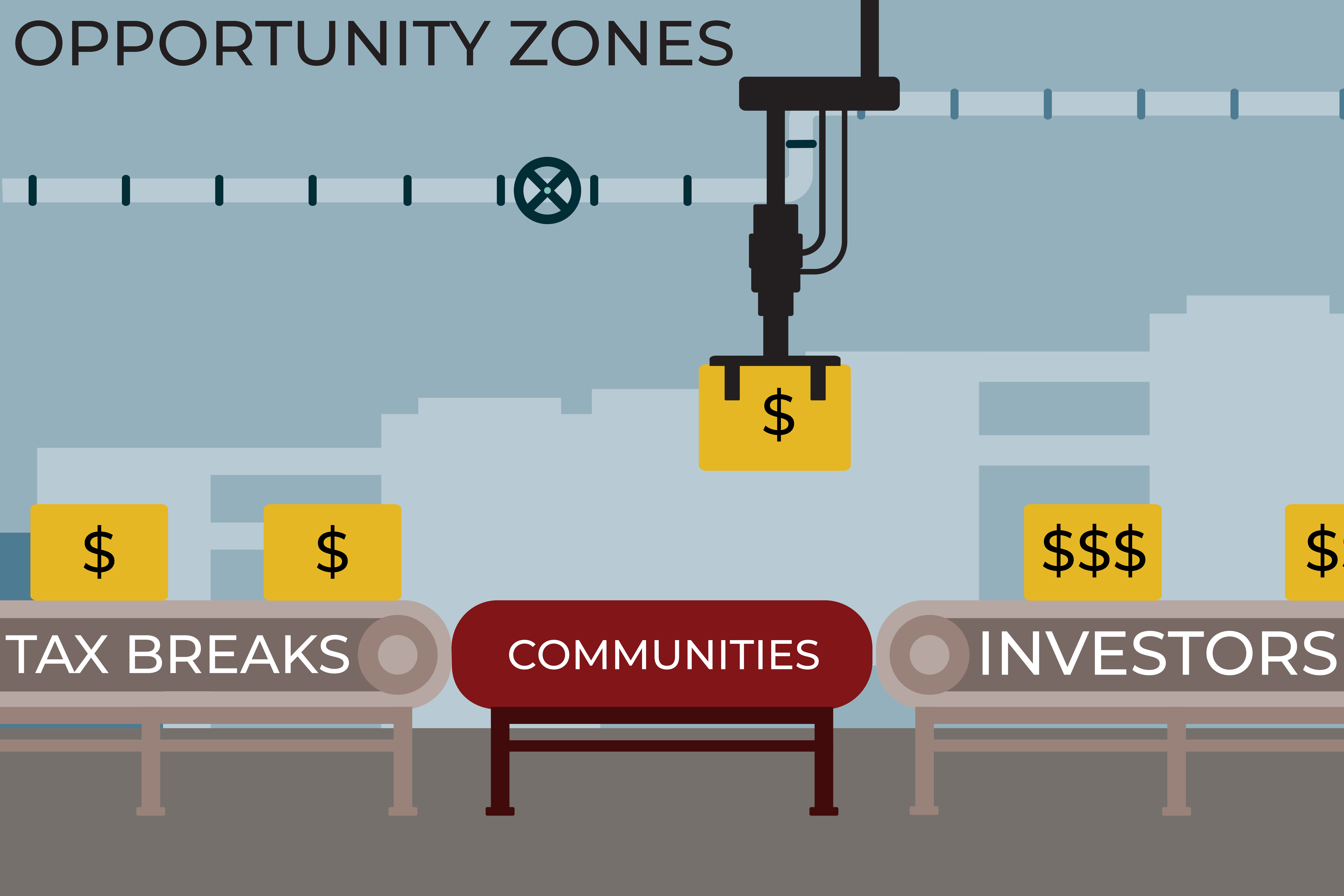 Two new ITEP reports lay bare the irreparable flaws of the federal Opportunity Zones program, created by the Tax Cuts and Jobs Act signed into law by President Trump in 2017.

The first report focuses on this specifically regressive provision of the tax giveaway package from a national perspective, while a second report highlights the threat the program poses within states and calls for states to decouple from the program and reject calls for similar tax giveaways.

The Federal Opportunity Zones Program Is Another Flawed Economic Incentive

The structure of the Opportunity Zones program fails to incentivize new investments in truly distressed areas; while subsidizing projects on which ground has already been broken. Ultimately, this puts profits directly into the pockets of investors rather than actual communities in need of economic revitalization.

Some advocates have argued that the shortcomings of the program’s structure can be overcome to—at a minimum—hold the communities involved harmless. However, safeguards proposed by the Treasury Department and the IRS are not enough to curb abuses of the program. They focus overwhelmingly on introducing more transparency into the program, but transparency alone is not enough to fix bad public policy.

The historical racism that opportunity zones perpetuate cannot go without mention. The program does not differ fundamentally from past failed programs such as Enterprise Zones and New Market Tax Credits. These programs put Black and Latino families at risk of displacement by accelerating gentrification, while making investments—whether in education, health, housing or direct transfer programs—in “distressed” communities more difficult by depleting public funding sources.

Because many states’ tax codes are built to mirror aspects of the federal code, states not only have to worry about the implications of the federal law for inequality and gentrification within their states. The Opportunity Zones program threatens to put state budgets in jeopardy, as well.

States do not have to wait for the federal program to be repealed in order to prevent draining their own budgets. States can choose to proactively decouple from the Opportunity Zones program. At the same time, the report doesn’t leave states off the hook for similarly unhelpful state tax giveaways, which seven states have enacted in previous legislative sessions.

Undoing the Harm Before It is Too Late

The implementation of the Opportunity Zones program and its associated windfall for wealthy investors is not a foregone conclusion. Rep. Rashida Tlaib has recently introduced a bill to repeal the opportunity zone provision, noting how the benefits solely go to wealthy investors and not actual communities in need of investment. If enacted, this would be a step in the right direction towards a more just tax system

At the same time, states can choose to decouple from the Opportunity Zones program. The time for state lawmakers to act is now. It was reported recently that the 2020 Census could expand Opportunity Zone tax breaks. Rather than depend on these flawed programs for economic development, states should instead support public goods through state and local governments can help improve local economies by investing in communities.